At Least One Dead in England Power Plant Explosion

Oxfordshire's Didcot A was scheduled for demolition. 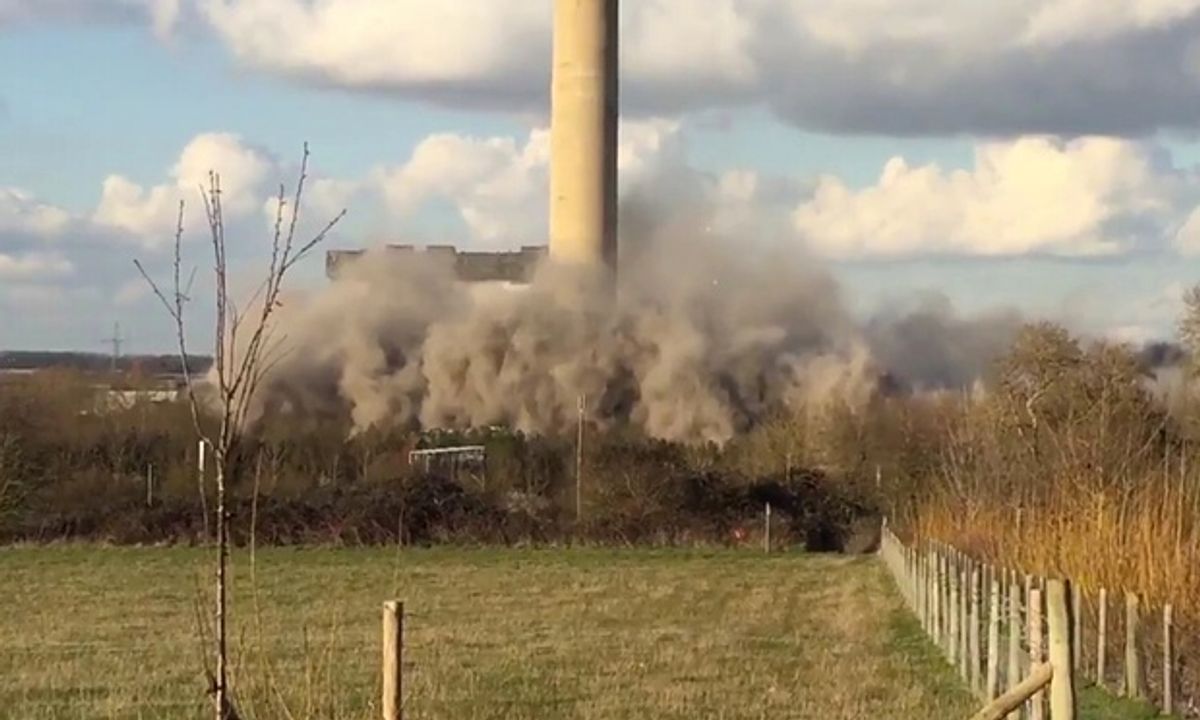 A huge explosion at a power station in Oxfordshire, England has left at least one person dead:

"Our building shook and as we looked out of the window, the end of the main turbine hall collapsed in a huge pile of dust," witness David Cooke, whose company has a building near the power station, told the Belfast Telegraph:

It totally obscured the towers and must have drifted across the roads and main rail line. What's left looks a tangled mess. The dust was hanging over the area for five to 10 minutes. First thought was it didn't looked planned, followed by the thought that people are going to have been hurt.

Didcot A, once a coal plant that dominated the Oxfordshire skyline for decades, closed down in 2013 and was scheduled for demolition.  The explosion apparently took place in a building that contained the generators for producing power. Rodney Rose, deputy leader of the Oxfordshire County Council, told the Oxford Mail that the explosion did not appear to be a planned part of the demolition:

I have been told there has been one fatality, but the rest is currently unknown. The fire service is there now and we are still trying to find out if this was a demolition. At the moment this is being treated as a collapsed building, not an explosion, but there was a bang.

At least five injuries have been reported, and three workers are still missing.