Recent reports suggest the Super Bowl-winning quarterback may not be as squeaky clean as his image has made him out to be. 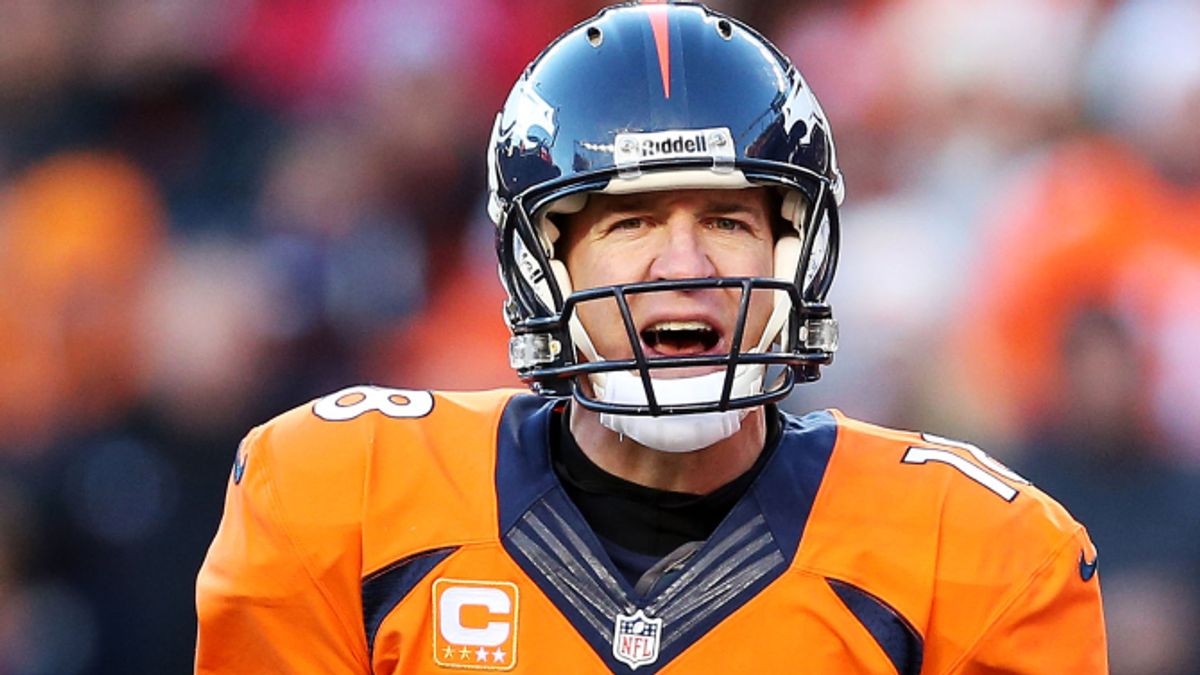 According to a New York Daily News article by Shaun King, "explosive court documents" obtained (but not published by) USA Today in 2003 and recently sent to him "revealed allegations of a sexual-assault scandal, cover up, and smear campaign of the victim that was so deep, so widespread and so ugly that it would've rocked the American sports world to its core." The subject of that scandal is Peyton Manning, the Super Bowl-winning quarterback of the NFL's Denver Broncos and a five-time league MVP.

The sworn testimony revealed in those reports maintains that back in 1996, when Manning was a 19-year-old student athlete at the University of Tennessee, he "forcefully maneuvered his naked testicles and rectum directly" onto the face of 27-year-old Dr. Jamie Naughright, the school's director of health and wellness (who was examining Manning over a potential foot injury), and then "smirked" and "laughed" about it. Manning, after initial denials, avowed that he had engaged in a possibly "crude" action that was nonetheless "harmless."

Associate team trainer Mike Rollo believed any contact that might have occurred between Manning and Naughright was accidental, as Manning was supposedly mooning another student, Malcolm Saxon, at the time, and Naughright was caught in the crossfire, so to speak. But Saxon later signed an affidavit swearing he was never mooned by Manning.

Dr. Naughright filed a report with the Sexual Assault Crisis Center in Knoxville at the time of the incident, but she asserted that university officials downplayed the incident in order to protect the hugely popular Manning, and that one official asked her to blame the incident (whatever it was about) on someone else. The matter didn't end there, however: ​Naughright also asserted that afterwards Manning harassed and mocked in front of her coworkers and other football players, leading her to eventually leave the school with a financial settlement after signing a non-disclosure agreement not to discuss the incident. She also averred that another incident in 1994 "explained the genesis of Peyton Manning's dislike" of her but did not disclose the details of that event.

Manning himself wrote about the incident in his book Manning: A Father, His Sons, and a Football Legacy, describing a training room incident he characterized as "crude maybe, but harmless" and disparagingly portrayed the other party involved (whom he didn't identify by name) as "vulgar." Naughright (whose surname was Whited for much at the time she worked at the University of Tennessee) testified that someone attempted to further harass and discredit her by mailing portions of that book to her office in 2001, addressed to "Dr. Vulgar Mouth Whited."

Naughright filed a defamation lawsuit against Manning and John Underwood, the ghostwriter of his book. In testimony, Manning described Naughright as exhibiting a vulgar and profane personality during a 1995 trip to Charlottesville, Virginia, but according to King his testimony was contradicted by other witnesses:

It appears that Manning, who was under oath, completely concocted this story out of thin air. Again, just as he expected the student athlete, Malcolm Saxon, to go along with the story of his mooning Naughright, he assumed that the plethora of witnesses in Virginia would also go along with his new lie. Unfortunately for him, they didn't

Testimony by Peyton Manning and his father, Archie Manning, disclosed that the son told his father that Naughright "was unattractive but had big breasts" and that she liked to hang out "with a bunch of black guys." The case was ultimately settled out of court.

As Sports Illustrated summarized the issue:

It's unclear who's telling the truth. The accusations and denials were made under oath and thus under penalty of perjury. It would seem that someone is lying, but we likely won't ever find out who that might be. We do know, however, that Manning was not charged with sexual battery or other crimes for the unknown 1994 incident or for the disputed '96 incident. Likewise, no records have surfaced indicating that he was ever investigated by law enforcement for either incident. While star college athletes have been known to receive favorable treatment by law enforcement, that alone does not prove Manning's guilt. Moreover, relevant statutes of limitation under Tennessee Law have long since expired, so law enforcement will not be launching an investigation. For its part, the NFL will not investigate a story that it was likely aware of and the key facts of which took place prior to Manning starting his NFL career in 1998.