Restaurant staff discovered the dehydrated, malnourished pup curled up in a booth. 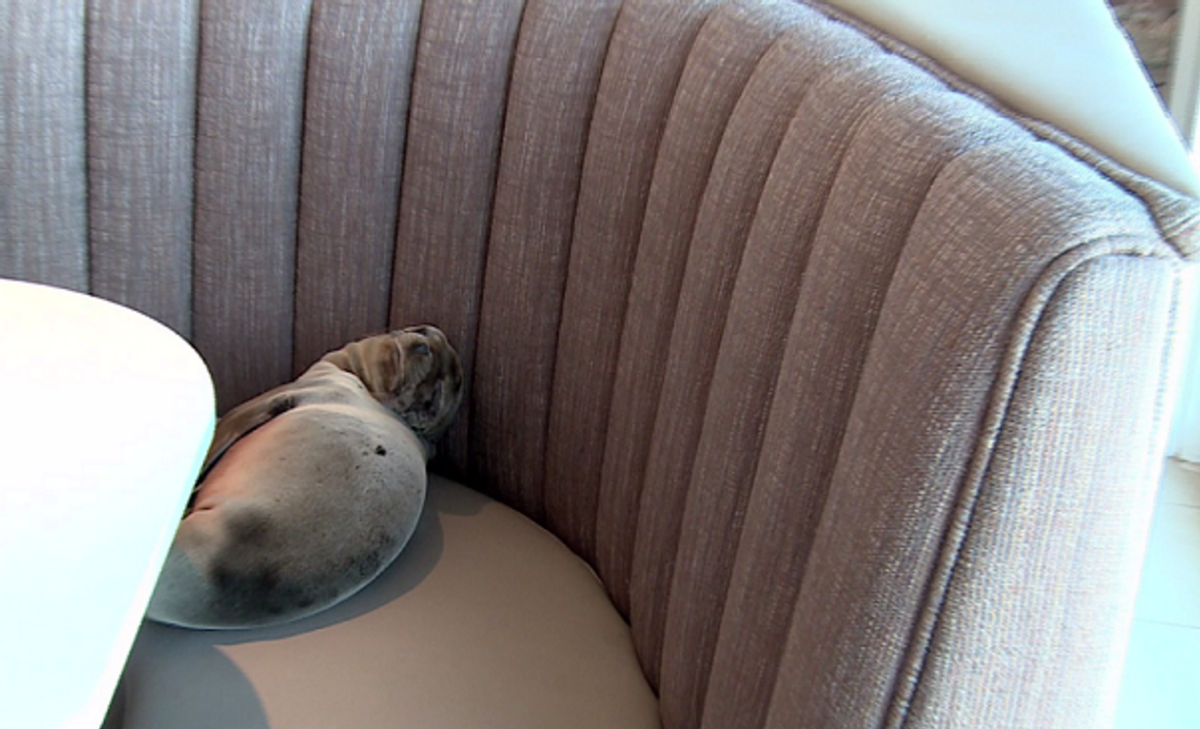 A sick and hungry baby sea lion that was found in a San Diego restaurant seems to be getting better, veterinarians say.

Restaurant staff found the malnourished, dehydrated pup asleep in a booth in the Marine Room, an upscale eatery on the beach in La Jolla, California.  They called SeaWorld (which has a rehabilitation wing) to rescue her, but not before snapping some photos: According to wildlife veterinarians, the sea lion (now dubbed "Marina") has responded well to treatment and put on several pounds.  Sea World says soon as they feel she is ready, they say they plan to release her back into the ocean — possibly within six to eight weeks.

Starving and stranded sea lions have been a common sight on California and Baja California beaches in recent years, thanks to higher tides, an El Niño, and warming ocean waters that render pups unable to find food.

On 5 April 2016, after eight weeks of rehabilitative care, Marina was released back into the wild.