Missing Man Remembers Who He Is, 30 Years Later

After missing for decades, Edgar Latulip helped solve his own cold case. 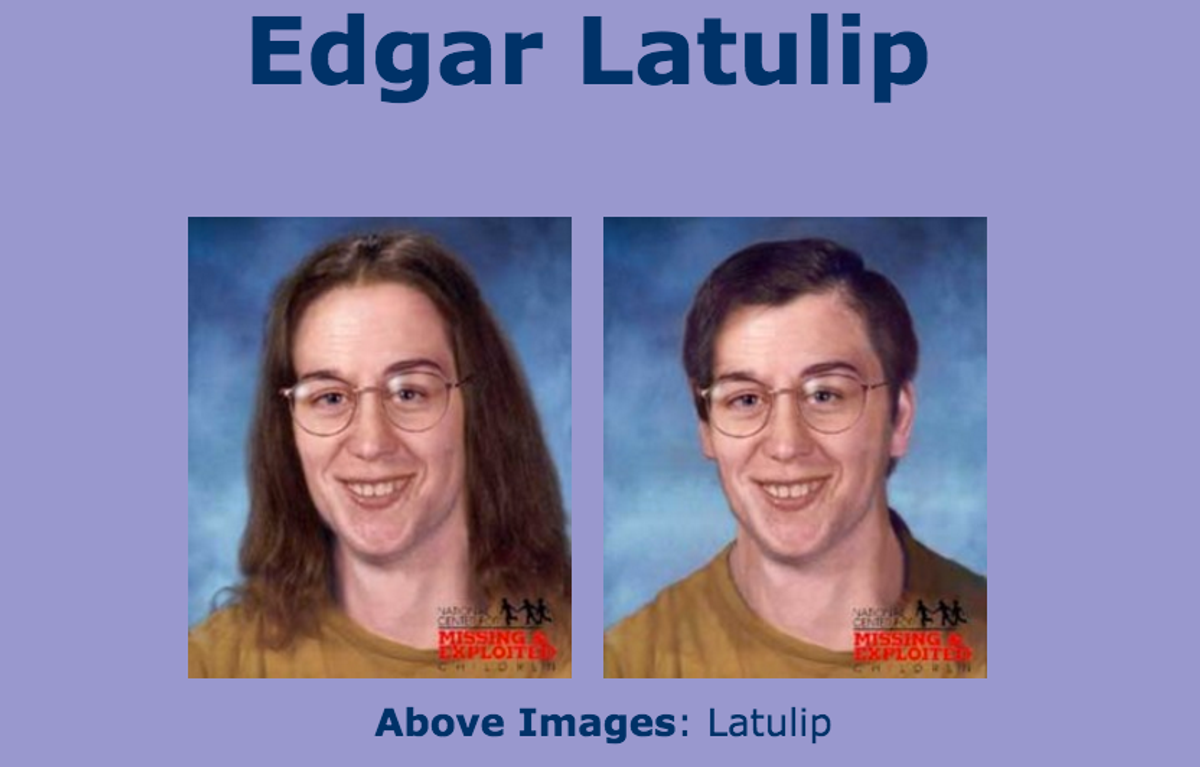 Edgar Latulip disappeared in 1986.  He was a toothy 21-year-old living in a group home in Ontario, Canada, recovering from a suicide attempt.  Family members described him as "developmentally disabled." One day, he got on a bus for nearby Niagara Falls, and just vanished.

In January 2016, a man in his fifties suddenly realized who he was.  DNA tests confirmed it.  For thirty years, Edgar Latulip had been living eighty miles from his hometown, from where he had vanished under a different name, with no memory of who he used to be.

The details of Latulip's life up to this point remain sketchy out of privacy concerns, but investigators believe that after he left the group home and went off his medications, he fell and hit his head. The injury caused him to forget his life and identity.  Over the years, he built a new one, living independently in the city of St. Catharines, Ontario.

Latulip told a social worker that he had been having strange flashbacks and dreams, and who contacted authorities when he suddenly had an epiphany about what his real name might be.  Now, police are helping Latulip get in touch with his surviving family members, including his mother, who for years worried that her son was being abused because of his developmental issues.

Latulip is said to be adjusting to the news slowly, as he integrates his old identity into his new one.  It's an unusual case, because cold cases are rarely solved anyway, particularly after decades; it's even more unlikely that a missing person would solve his own.