A Florida man was arrested following an October 2015 incident during which a live alligator was "thrown" into a Loxahatchee Wendy's drive-thru window. 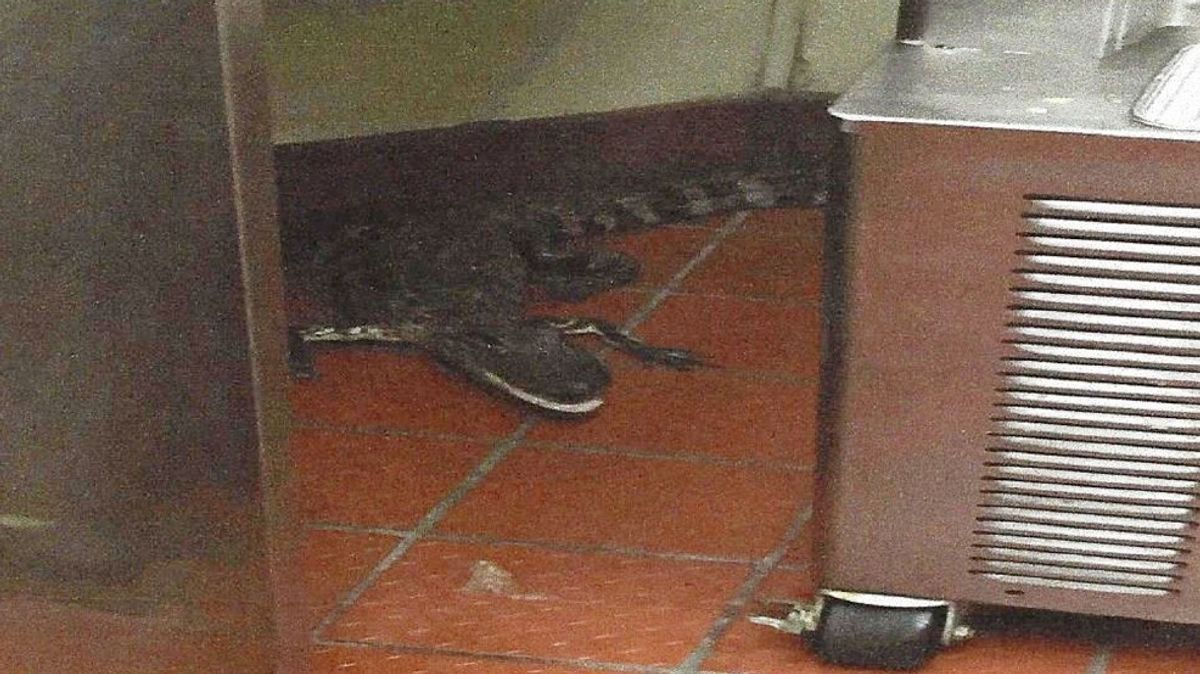 Joshua James, man who allegedly threw an alligator into a Wendy's in Loxahatchee in October, appears in court. pic.twitter.com/RWbsvf4CPL

Although James appeared in court in February 2016, the incident in question occurred on 12 October 2015. We were unable to locate any reports (via social media or the news) about an alligator's being directed through a window at the Loxahatchee Wendy's, but the Palm Beach County Sheriff's Office carries a record of James' arrest (including gator-related charges): In the absence of news reports published prior to February 2016, details about what precisely led to the alligator's presence inside a Wendy's kitchen remained unclear. On 8 February 2016, West Palm Beach television station WPTV reported:

It happened in October, but the suspect was just taken into custody by U.S. Marshals.

FWC officials say 23-year-old Joshua James pulled up for his order and after a server handed over a drink and turned around James reached into the back of his truck and tossed the 3-and-a-half foot gator through the drive-thru window.

The incident report showed a picture of the gator inside the restaurant.

James faces charges of aggravated assault and unlawful possession and transportation of an alligator.

FWC said James admitted to picking up the gator on the side of Southern Boulevard and bringing it to the fast food restaurant.

Tampa Bay station WTSP described the original incident at the Loxahatchee Wendy's as follows: "James pulled up to the drive-thru window for his order, got a drink from the employee, and then he threw the gator into the restaurant, the Florida Fish and Wildlife Conservation Commission told the station."

Lynchburg, Virginia, station WSET added that James wasn't singled out as a suspect in the incident until December 2015:

The FWC officer found the 3 1/2 foot gator on the kitchen floor, according to the report. The officer taped the reptile's mouth shut and hauled it to the C-51 canal to be released.

Investigators used surveillance video from the Wendy's and nearby stores to identify a possible suspect.

In December, authorities brought in Joshua Douglas James, 24, for questioning. According to the FWC report, he admitted to throwing the gator through the drive-through window.

Most news outlets cited the Florida Fish and Wildlife Conservation Commission (FWC) as the source for the above-reproduced photograph, but we were unable to locate the image, or information relating to it, on their social media channels or their website. Although the image was dated 12 October 2015 in news reports, it apparently wasn't published online until February 2016.

We contacted the FWC for further information about James' arrest and details about the October 2015 incident at the Loxahtchee Wendy's but did not receive a reply.