The tattoo artists wanted to express their support for various presidential candidates — indelibly. 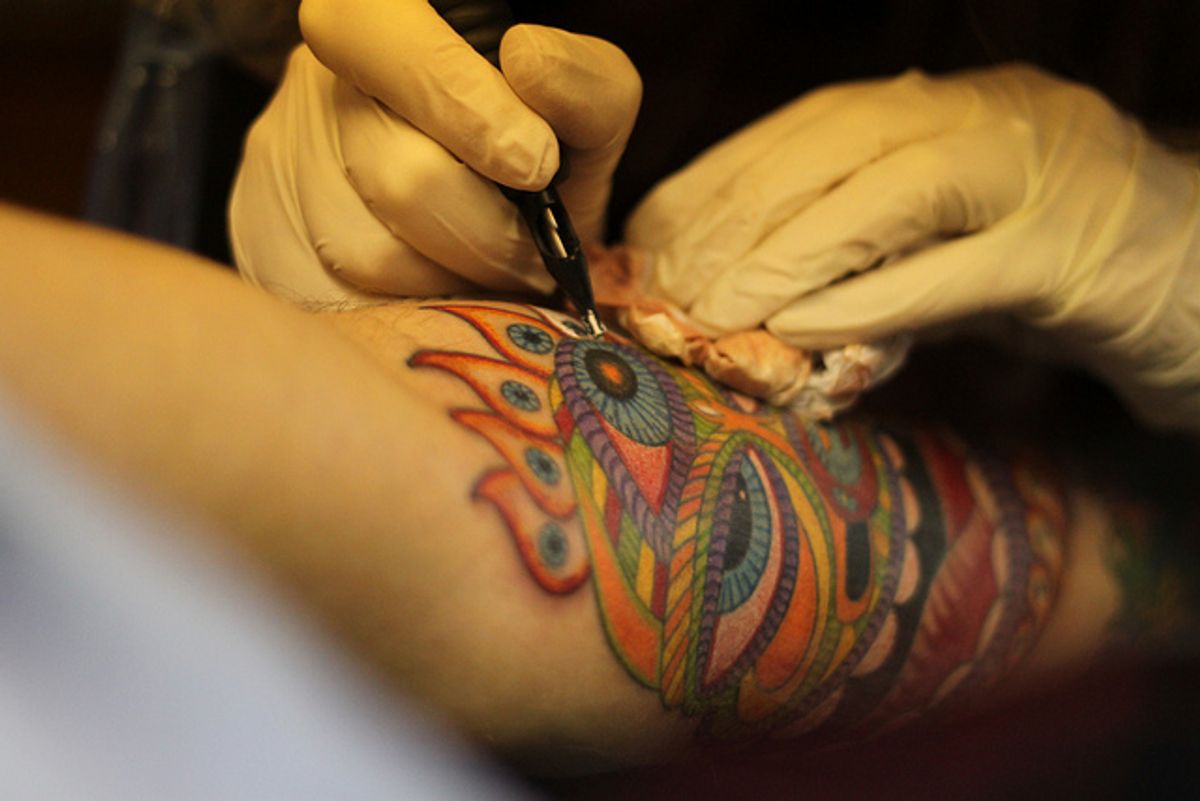 If you're strolling around Winooski, Vermont, and decide suddenly that what you really want is a tattoo of the outline of Bernie Sanders' head, there's a place there you can get that done for free: We're getting five to ten calls a day, and there are plenty more on the books ... We wanted to support him some way, and with the caucus coming up there was a rumor that there's a shop in New Hampshire that’s giving away Donald Trump tattoos, and we just couldn't have that.

Not a fan of Bernie Sanders?  Just head to Seabrook, New Hampshire, where you can get a free likeness of Donald Trump inked indelibly onto your skin. Bob Holmes of Clay Dragon Tattoo said while he isn't charging for the Trump tattoos he's doing, he'll gladly take tips, a percentage of which he is donating to the Wounded Warrior Project. Holmes said he had done at least 24 Trump-themed tattoos:

Here's a guy that just called. He's two and a half hours away. He wants to come up for a tattoo, I’ve had emails on my Facebook from people in California that wish they were closer, people from Florida coming up at the end of the month, and they want to get tattooed.

Aartistic Inc started out offering free cover-ups for those Trump tattoos, but decided to expand into offering their own custom likeness of Bernie Sanders.  There are tattoo parlors that offer likenesses of other presidential candidates, but so far, not for free.