The Naval Medical Center was on lockdown after reports of an active shooter. 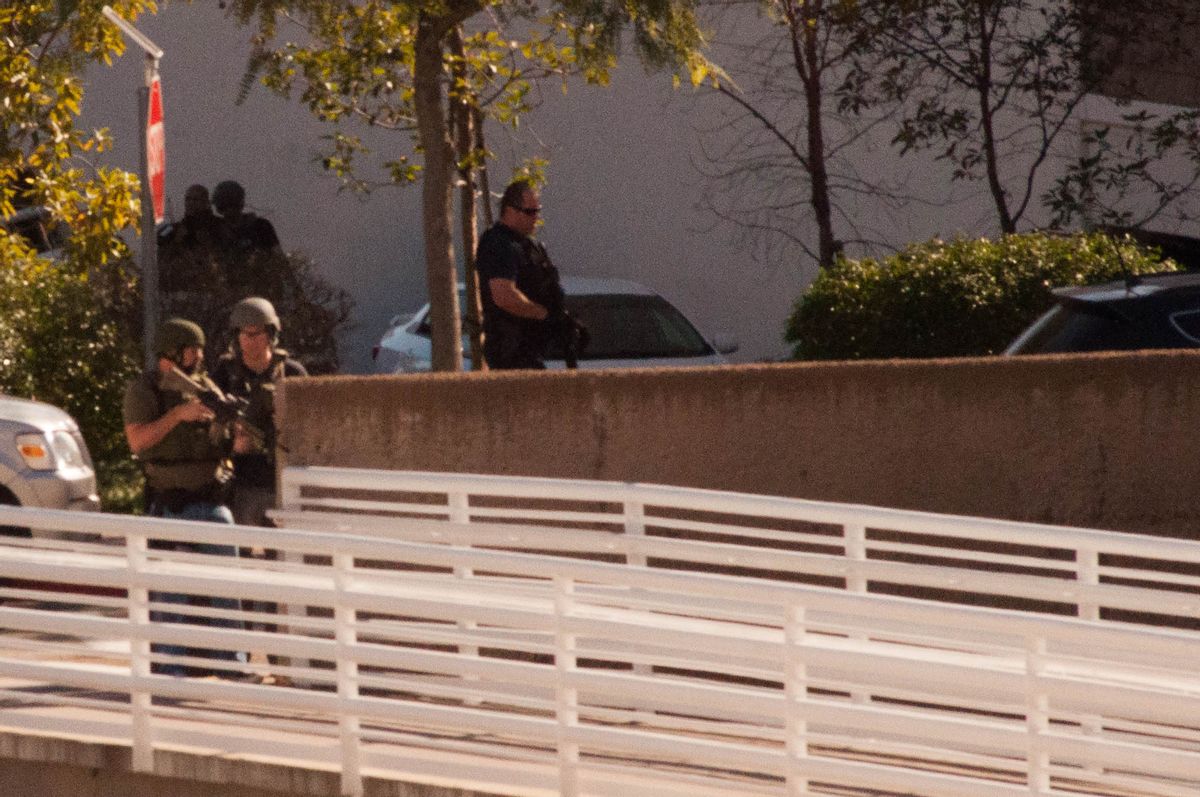 Police and military responded to reports of an active shooter at a San Diego hospital today, but the situation ultimately turned out to be a false alarm.

Reports of possible shots fired began coming in around 8 in the morning at Naval Medical Center San Diego, located in Balboa Park, shortly followed by an official announcement:

**!ATTENTION!** An active shooter has just been been reported in building #26 at Naval Medical Center San Diego. All...

Law enforcement swarmed the area in armored vehicles, taking up position around the hospital as doctors and military personnel walked calmly out of the buildings, hands in the air: However, despite initial reports that law enforcement had a suspect barricaded inside a room, it was eventually found to be a false alarm.  No patients ended up being evacuated, NMCSD commanding officer Captain Jose Acosta told the media, but officials secured the area and were doing a thorough, room-by-room sweep to be absolutely safe.