Archdiocese of Philadelphia to Auction off Papal Fiat

Proceeds from the car's sale will go to various charities. 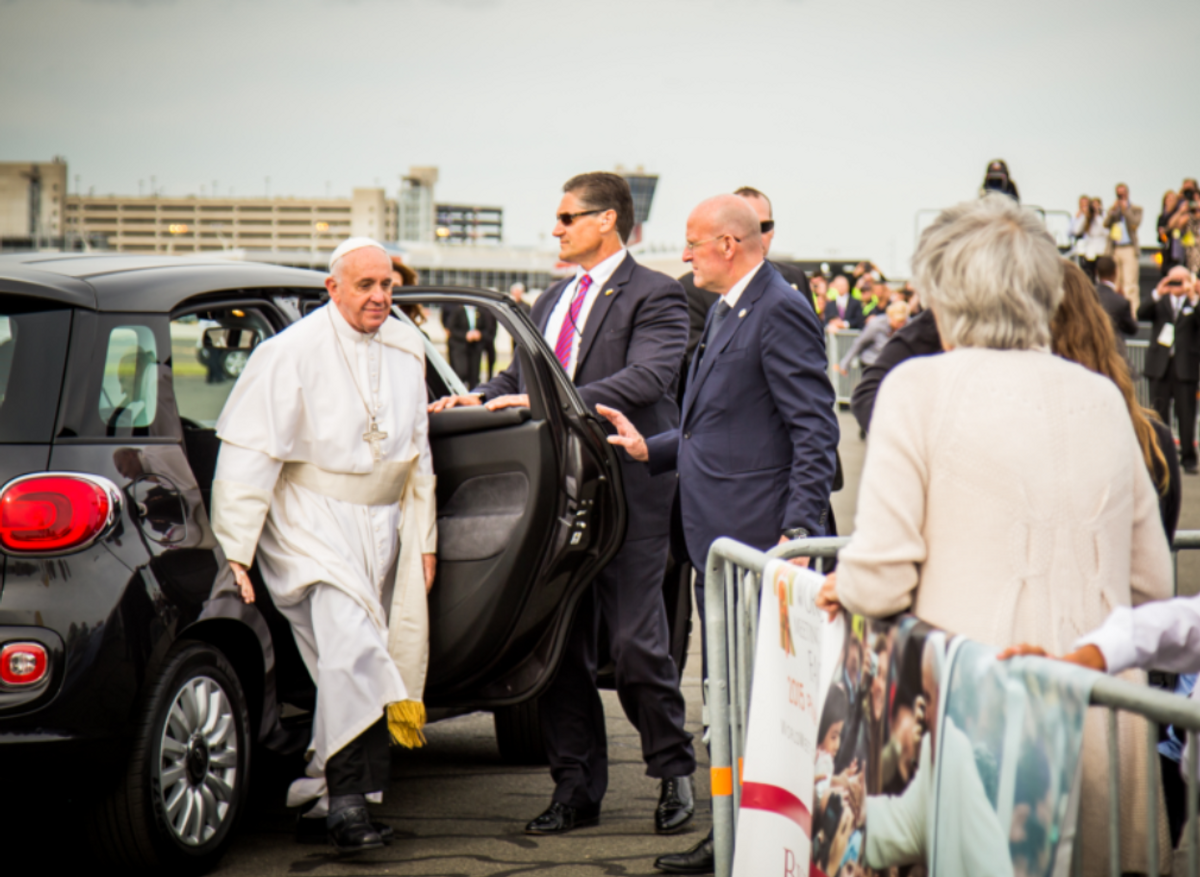 Image Via World Meeting of Families

The Archdiocese of Philadelphia has gone into the car business: it plans to auction off a Fiat used by the Pope during his September 2015 visit there.

The four-door Fiat 500L made waves when Pope Francis used the tiny, relatively affordable, and environmentally friendly car as his official Philadelphia Popemobile, instead of one of the cavalcade of gas-guzzling, bulletproofed behemoths that characterized previous papal visits.  (He switched to a reconfigured Jeep Wrangler for his New York stay.)

The car, one of two that Pope Francis used, will be sold at the Philadelphia Auto Show Black Tie Tailgate on 29 January 2016. The public can make bids on the car in person or online, and proceeds from the sale of “Pope Francis’ Philly Fiat” will benefit Catholic Charities, Mercy Hospice, and other church-affiliated missions and organizations.

“When we learned that these vehicles would be given to us, we wanted to find some way for the public  to see them and answer Pope Francis’ call to love and care for the poor.  Our partnership with the Philadelphia Auto Show provides us with the wonderful opportunity to share these vehicles with the community while also connecting with a highly engaged audience for the great benefit of society’s most vulnerable and marginalized members.”

The second papal Fiat will be featured on display throughout the Philadelphia Auto Show, which runs from 30 January to 7 February. That car may also be auctioned off, depending on what the Archdiocese decides.