Oregon Wildlife Refuge the Scene of an Armed Takeover

Militia members claim they are trying to return federal land to the people. 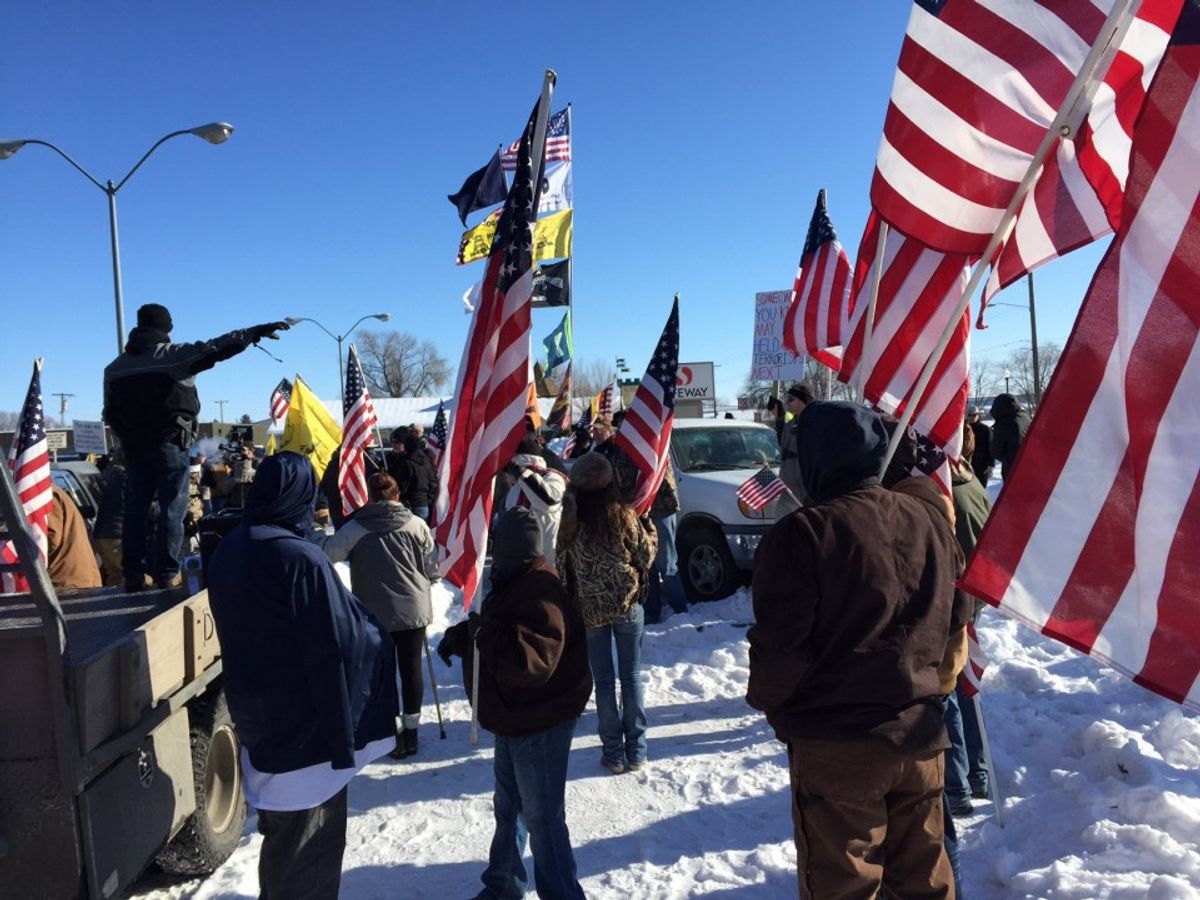 What began as a peaceful protest was taken over by armed militia members in Oregon, who have barricaded themselves in a building at a federal wildlife refuge.

The story began as a local dispute: a father and son from a ranching family in Oregon’s Harney County faced jail time on arson charges after a series of fires they set in 2001 and 2006 spread to federal land.

The Hammonds said that they were trying to control invasive plants, but according to the prosecution, at least one of the fires was set in order to cover up illegal poaching.  The U.S. Attorney's Office said that the fire was deliberately set on Bureau of Land Management property:

Witnesses at trial, including a relative of the Hammonds, testified the arson occurred shortly after Steven Hammond and his hunting party illegally slaughtered several deer on BLM property.  Jurors were told that Steven Hammond handed out “Strike Anywhere” matches with instructions that they be lit and dropped on the ground because they were going to “light up the whole country on fire.”  One witness testified that he barely escaped the eight to ten foot high flames caused by the arson.  The fire consumed 139 acres of public land and destroyed all evidence of the game violations.  After committing the arson, Steven Hammond called the BLM office in Burns, Oregon and claimed the fire was started on Hammond property to burn off invasive species and had inadvertently burned onto public lands.  Dwight and Steven Hammond told one of their relatives to keep his mouth shut and that nobody needed to know about the fire.

Dwight Hammond, 73, and his son, 46-year-old Steven Hammond, were found guilty in 2012, and had already served time for the fires.  However, a judge recently ruled that under federal law, their sentences had been too short and ordered them each to five years in prison, with credit for time already served.

Since then, there have been demonstrations and community meetings, with the Hammonds planning to turn themselves in to serve out the remainder of their prison time on 4 January 2016.

On Saturday, 2 January 2016,  the Hammond family and their supporters held a peaceful protest that went off without incident. Supporters from all over the United States converged on tiny Burns, Oregon to participate.

However, later that day, a smaller group of militia leaders drove to the Malheur National Wildlife Refuge, ultimately blocking the roads, covering signs with American flags, and barricading themselves in a federal building, which was unoccupied for the holiday.  The group says they want the Hammonds released, and are demanding that the federal government relinquish control of the refuge.

The militiamen are heavily armed, and some are telling reporters that they are willing to fight to the death to stay on the land.  In a video released by militant Jon Ritzheimer, he says:

I am 100 percent willing to lay my life down to defend against tyranny in this country.

Ritzheimer is no stranger to controversy.  He made national headlines in 2015 for his armed "Rally for Free Speech" outside an Arizona mosque, and has been classified as a white nationalist by the Southern Poverty Law Center.

A post shared by Ammon Bundy, who is also among the small group of armed militants, indicated that the takeover had been planned for some time:

Bundy said that the group plans to make the building a base "for patriots from all over the country to come and be housed here, and live here."

Other militia groups are distancing themselves from the takeover, saying they had no idea that it was planned. The Hammond family has said publicly that it does not endorse the occupation, and did not want support from the militiamen to begin with.

So far, there have been no confrontations between the militia group and law enforcement.