Mark Zuckerberg's announcement of the Zuckerberg Chan Initiative led to speculation that the charitable organization was a thinly-veiled tax shelter. 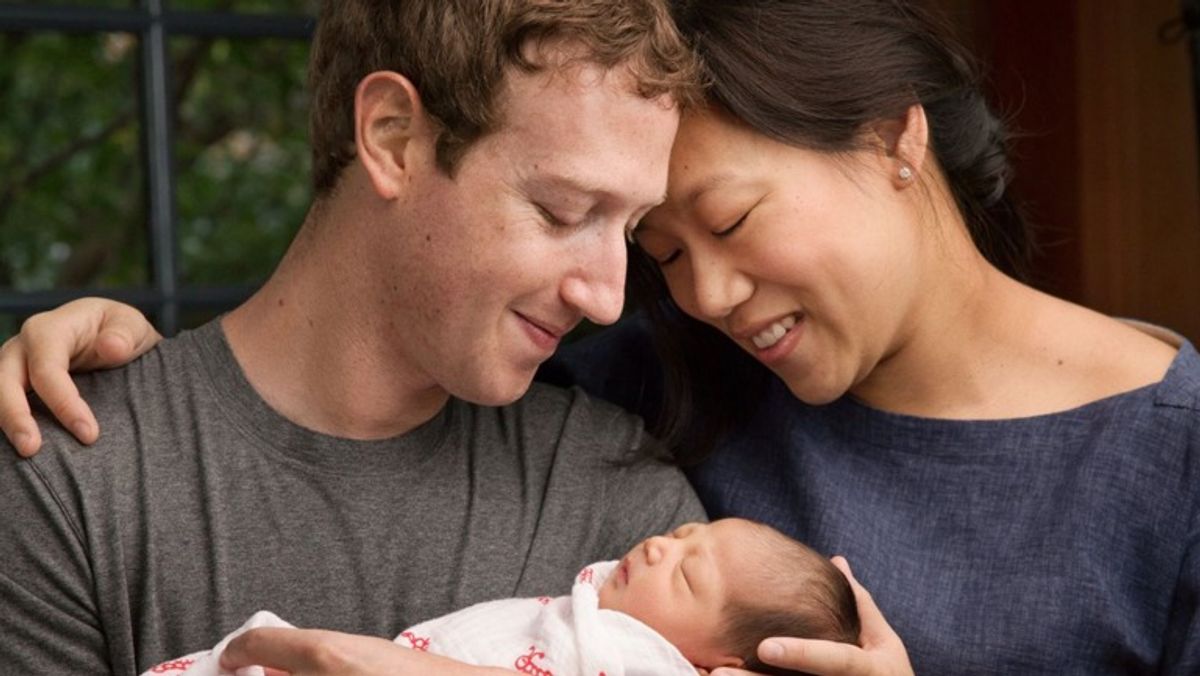 [green-label]NEWS:[/green-label] On 1 December 2015, Facebook founder Mark Zuckerberg published a status update announcing the birth of his daughter Max, as well as a new charitable initiative in which he and wife Priscilla Chan pledged to donate 99 percent of their personally owned shares of the social network to fund charitable causes:

Priscilla and I are so happy to welcome our daughter Max into this world!For her birth, we wrote a letter to her about...

Zuckerberg appended text titled "A letter to our daughter," which stated in part that Chan and Zuckerberg would donate the shares over time to develop a number of yet-to-be-described causes related to healthcare, education, and technology:


As you begin the next generation of the Chan Zuckerberg family, we also begin the Chan Zuckerberg Initiative to join people across the world to advance human potential and promote equality for all children in the next generation. Our initial areas of focus will be personalized learning, curing disease, connecting people and building strong communities.

We will give 99% of our Facebook shares -- currently about $45 billion -- during our lives to advance this mission. We know this is a small contribution compared to all the resources and talents of those already working on these issues. But we want to do what we can, working alongside many others.

Zuckerberg and Chan's combined announcements proved popular on Facebook, where they received roughly one and a half million likes and a quarter of a million shares. Predictably, the news attracted rumors, speculation, and hoaxes (such as a near-immediate fabrication claiming Zuckerberg was donating millions of dollars to users who posted a specific message to their walls.)

On 2 December 2015 the web site Says published an article titled "What No One Is Telling You About Mark Zuckerberg Donating 99% Of His Fortune To 'Charity,'" which appeared to largely draw conclusions from a BuzzFeed piece titled "Not All Of Mark Zuckerberg’s Donation Will Go To Charity." The latter article was more concise and said:


When Mark Zuckerberg announced he would give away 99% of his Facebook shares— currently worth around $45 billion — the initial impulse from many was to assume the money would all go to charity ... Not so, a Facebook spokeswoman confirmed in an email to BuzzFeed News. The spokeswoman further confirmed the initiative is structured as an LLC, and not as a charitable trust.

The money, according to a Facebook SEC filing, will go to “philanthropic, public advocacy, and other activities for the public good.”

While that article questioned the structure of the Chan Zuckerberg Initiative, the Says item surmised it was a thinly-veiled scheme to dodge taxes. The site described a "family-run foundation that [Zuckerberg] controls," concluding:


Mark Zuckerberg will transfer ownership of his Facebook stock without paying capital gains taxes. He will also benefit from the possibility that his foundation will live beyond him, with his heirs and their heirs at the helm, untouched by estate taxes.

The site posited that Zuckerberg's donation would occur over the course of years (stated by Zuckerberg in the 1 December 2015 letter) and that the Facebook CEO could write off some of his donations for tax purposes. Says added:

On 3 December 2015, the New York Times "Deal Book" published an article titled "How Mark Zuckerberg’s Altruism Helps Himself." That piece involved a broader scope than the more speculative article from Says, and began:


Mark Zuckerberg did not donate $45 billion to charity. You may have heard that, but that was wrong.

Here’s what happened instead: Mr. Zuckerberg created an investment vehicle.

Opining that Facebook's founder was "depicted in breathless, glowing terms for having, in essence, moved money from one pocket to the other," the author examined Zuckerberg's potential gains from a tax perspective:


So what are the tax implications? They are quite generous to Mr. Zuckerberg. I asked Victor Fleischer, a law professor and tax specialist at the University of San Diego School of Law, as well as a contributor to DealBook. He explained that if the L.L.C. sold stock, Mr. Zuckerberg would pay a hefty capital gains tax, particularly if Facebook stock kept climbing.

If the L.L.C. donated to a charity, he would get a deduction just like anyone else. That’s a nice little bonus. But the L.L.C. probably won’t do that because it can do better. The savvier move, Professor Fleischer explained, would be to have the L.L.C. donate the appreciated shares to charity, which would generate a deduction at fair market value of the stock without triggering any tax.

The piece concluded with an assertion that the management of vast swaths of wealth ought not to be in the hands of what the Times described as "oligarchs" from Silicon Valley:


Mega-donations, assuming Mr. Zuckerberg makes good on his pledge, are explicit acknowledgments that the money should be plowed back into society. They are tacit acknowledgments that no one could ever possibly spend $45 billion on himself or his family, and that the money isn’t really “his,” in a fundamental sense. Because that is the case, society can’t rely on the beneficence and enlightenment of the superwealthy to realize this individually. We need to take a portion uniformly — some kind of tax on wealth.

A representative for Facebook provided us with a response to the circulating rumors, addressing claims that Zuckerberg's intent was less than charitable. It addressed the primary accusations of tax benefit and liability:


1) Moving any shares over to Chan Zuckerberg Initiative (LLC) does not provide Mark with any tax benefit whatsoever. In fact, had they transferred shares to a foundation, then they would have received a tax benefit, but by using an LLC we do not.

3) The creation of the LLC does not change mark's tax liability [with respect to capital gains]. The transfer will not be a triggering event for taxation but the disposition of the stock and its sale would be. When the stock is sold it would incur capital gains or other appropriate taxes.

Not long after the Times piece appeared, Zuckerberg published a subsequent status update clarifying some of the rumors. He maintained that the Chan Zuckerberg Initiative was structured as an LLC for flexibility, adding that alternative structures would have presented a larger tax benefit:


The Chan Zuckerberg Initiative is structured as an LLC rather than a traditional foundation. This enables us to pursue our mission by funding non-profit organizations, making private investments and participating in policy debates -- in each case with the goal of generating a positive impact in areas of great need. Any net profits from investments will also be used to advance this mission.

By using an LLC instead of a traditional foundation, we receive no tax benefit from transferring our shares to the Chan Zuckerberg Initiative, but we gain flexibility to execute our mission more effectively. In fact, if we transferred our shares to a traditional foundation, then we would have received an immediate tax benefit, but by using an LLC we do not. And just like everyone else, we will pay capital gains taxes when our shares are sold by the LLC.

What's most important to us is the flexibility to give to the organizations that will do the best work -- regardless of how they're structured.

Ultimately, the introduction of the Chan Zuckerberg Initiative brought along with it speculation about Zuckerberg's motives in founding the organization. Much of the criticism that followed was based on conjecture that the initiative was little more than a creative tax avoidance scheme; Zuckerberg denied such a setup was the most lucrative tax-based strategy.

As for the Chan Zuckerberg Initiative's charitable focus, Zuckerberg stated that the organization was in its planning stages, and that little else was known about how future donations of shares would convert to what he described as its "mission." However, little of what circulated was based on more than guesses at how Zuckerberg might leverage a charitable organization to his benefit, and not much indication he intended to do so.