A report circulated in December 2015 that Leonardo Dicaprio's character in The Revenant was raped by a bear. 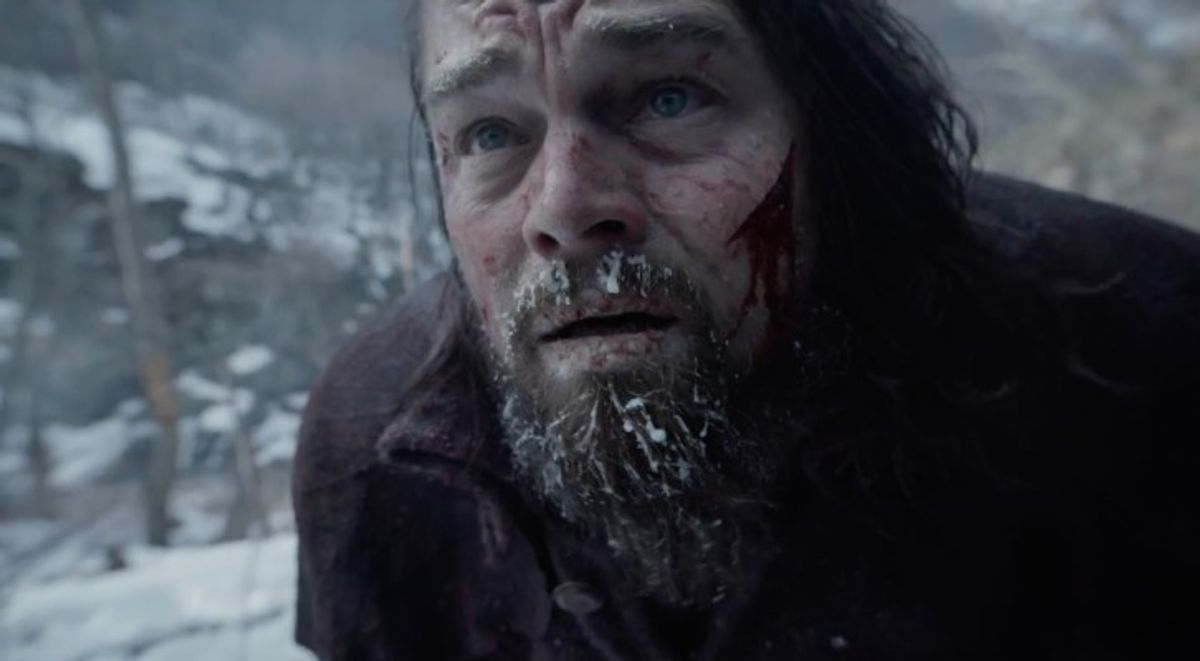 [green-label]NEWS:[/green-label] On 1 December 2015, the web site The Drudge Report published an article claiming that the new film The Revenant features a scene where Leonardo DiCaprio's character is raped by a bear:

The new movie 'REVENANT' features a shocking scene of a wild bear raping Leo DiCaprio! The explicit moment from Oscar winning director Alejandro Inarritu has caused maximum controversy in early screenings. Some in the audience escaped to the exits when the Wolf of Wall Street met the Grizzly of Yellowstone. The story of rural survivalism and revenge reaches new violent levels for a mainstream film. The bear flips Leo over and thrusts and thrusts during the explicit mauling.

The studio quickly shot down the rumor and said that while there is a brutal bear attack scene in the movie, no one is raped by a bear in The Revenant:


As anyone who has seen the movie can attest, the bear in the film is a female who attacks Hugh Glass because she feels he might be threatening her cubs,” a Fox spokesperson told Entertainment Weekly in an exclusive statement. “There is clearly no rape scene with a bear.”

While it's unclear where the Drudge Report got their information, the report may have stemmed from an early screening of The Revenant where several people walked out of the film due to the onscreen violence. It is also possible that a viewer accidentally exaggerated their account of the bear attack scene after watching the film from the lobby: