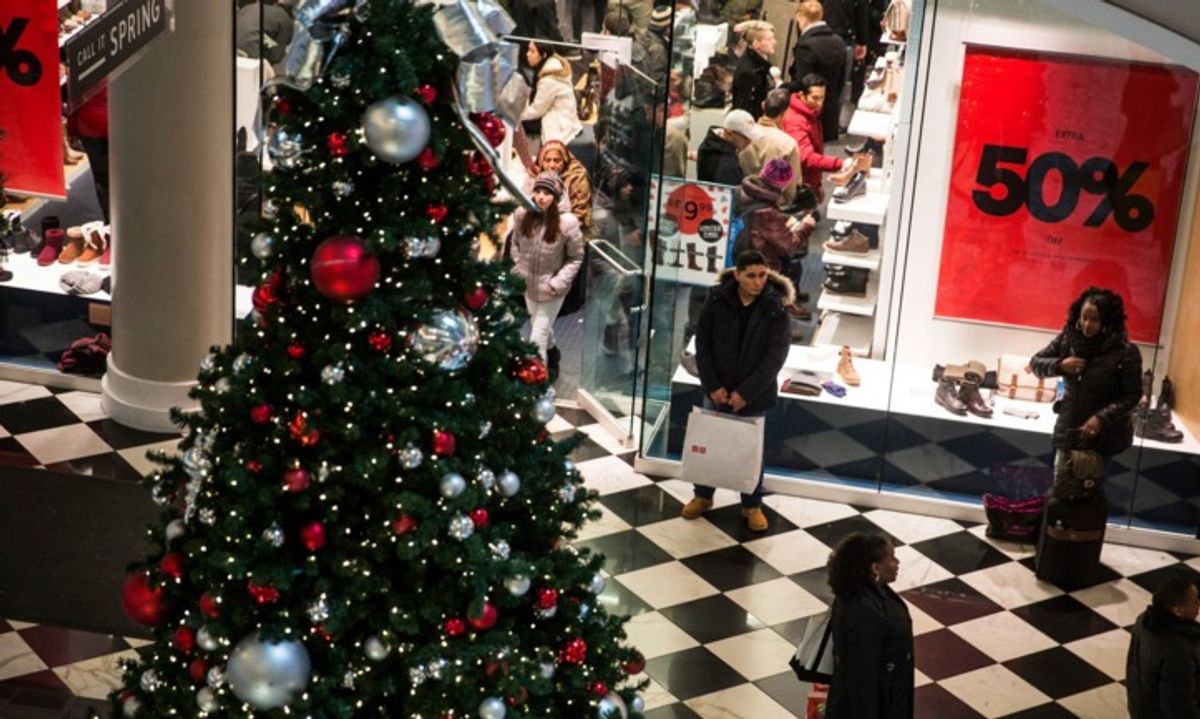 [green-label]NEWS:[/green-label] An ambient threat posed by operatives of the Islamic State (ISIS) loomed large in November 2015 (following several coordinated attacks in Paris that month), leading to a number of online rumors claiming that purportedly credible intelligence had predicted the next upcoming ISIS attack

Social media users began sharing these rumors, many of which warned ISIS was certain to attack on Black Friday (i.e., the day after Thanksgiving, or 27 November 2015). The scuttlebutt fell primarily into two categories: claims that credible intelligence was spreading on the sly (so as not to create a panic or tip terrorists to the foreknowledge), or observations that Black Friday crowds were the perfect target for a Paris-like assault. Some rumors from the former category were vague but affirmative, suggesting ISIS was known to be planning such attacks:


Hi everyone tomorrow is thanksgiving and afterwards black Friday then Christmas and then a new year, and i just wanted to warn all of you that Isis is threatening to attack America in the most public places where there will be lots and lots of people like the mall the theater the Gallo center even stores that will definitely be packed on black Friday and the theater will definitely be packed on December 18th because of star wars, so just be careful and don't risk anything and keep your eyes open, but mostly don't be afraid because Jesus will return and defeat them all when the time is right have a safe thanksgiving, Christmas, and new year, and try to not spend so much on black Friday for whatever it is you buy it's not going to last forever, and also don't forget to pray because that is the greatest weapon we all have if we believe don't put your faith in security or weapons, put your faith in God.

Others lamented a lack of obedience on the part of Americans in not heeding the non-existent warnings:

The imagined threat wasn't just to shoppers in the U.S., as Brits similarly surmised that Black Friday seemed to be a good opportunity to engage in terrorism against UK shoppers as well:


This Friday is Black Friday! ISIS Heaven!. Millions of people across the UK will be shopping in great numbers at some of uk most famous shopping centre. A perfect opportunity for a terror attack Here in the UK. Please be careful and keep your eyes open.

Many social media users tentatively stepped into their gumshoes to connect the dots:


Just a thought... ISIS has a black flag and Friday is Black Friday ... watch out.

Variations of older urban legends also swept social media, including a long-circulating tale of a terrorist (or terror sympathizer) who rewards a kindness with a benevolent life-saving warning:


This is doing the rounds:Just heard from a good source a Muslim guy dropped money in a queue in a shop in Cardiff a young boy picked the money up and tapped the Muslim on the shoulder and said you dropped your money and handed it to him the Muslim guy said thank you you have done something good for me now I will do something good for you he said stay out of Cardiff on black Friday there will be a terrorist attack so stay clear peeps it's a true story that I shit you not

With respect to Black Friday rumors, few were specific, and most just repeated a belief that the busy shopping day presented prime targets for terror attacks:

Given the incoherent range of rumors circulating about ISIS attacks on Black Friday, few of them rated official responses from any local law enforcement agencies. But on 24 November 2015, officials in Stearns County, Minnesota, responded to an overwhelming number of inquiries about the possibility of a Black Friday terrorist attack (rumors of which included the popular element of a citing a purportedly credible source): The local Sheriff's Office managed to contact the individual who apparently started the rumor and discovered it wasn't based on any credible law enforcement information:


The Stearns County Sheriff's Office has received several phone calls today inquiring about a message that some may have seen on Facebook or Twitter about a threatened ISIS attack. The Stearns County Sheriff's Office and the Sartell Police department looked into the original tweet and contact was made with the person who posted the information. None of this information can be confirmed. State law enforcement officials have not heard of, or been informed of, any specific threats to the areas mentioned in the posts. But, as always, if you see any suspicious activity, report it to your local law enforcement. Sheriff’s Office can be reached at 251-4240, or if it’s an emergency, 911.

To date, we have been unable to locate any official warnings specific to Black Friday despite a large volume of Internet rumors reporting them. Although it's difficult to say with certainty that all the rumors were unreliable, several similar spurious claims circulated after the Paris attacks (including rumors that ISIS would attack a WWE event, a mall in Illinois, the New York City Subway, and by tracking "Support Paris" Facebook avatars). Prior to 13 November 2015, social media users were strongly convinced ISIS was planning July 4th attacks. However, despite all the ISIS-related rumors that circulated, none correctly predicted the multiple attacks carried out by ISIS militants in France in November 2015 (or any other actual attack).