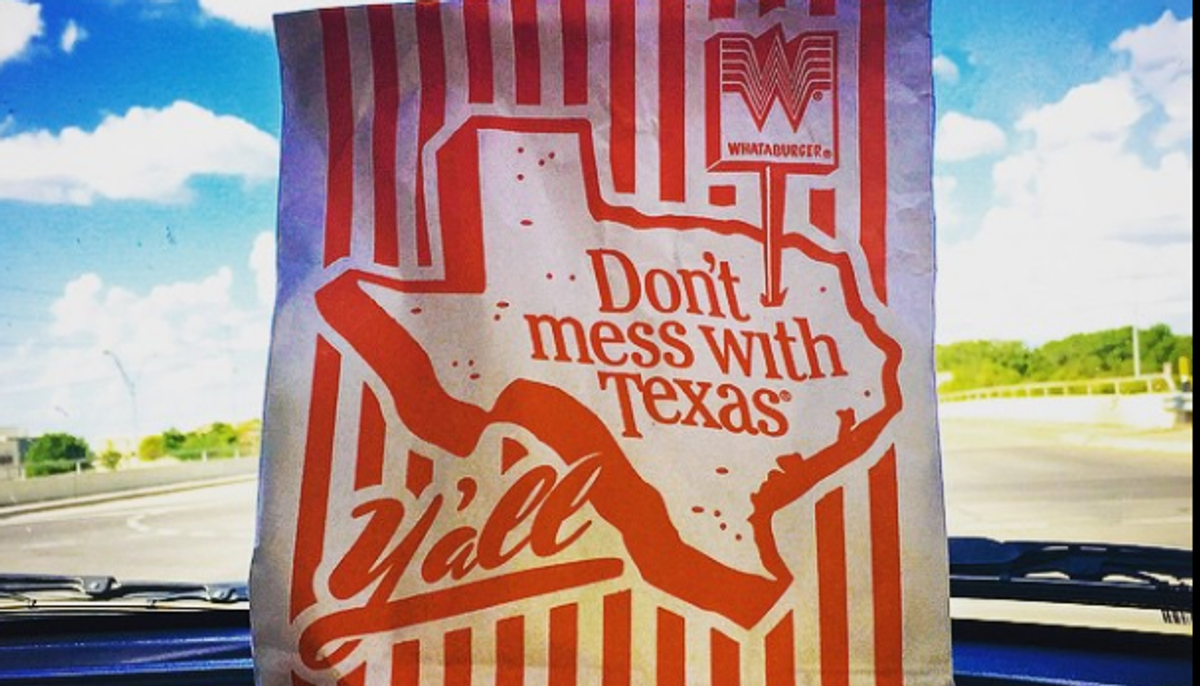 NEWS:   A Whataburger worker in Lewisville, Texas, was fired after two police officers claimed he refused to serve them.

A Lewisville, Texas, Whataburger employee was fired after two police officers claimed the worker refused to serve them, the third incident in as many weeks whereby a fast food worker allegedly discriminated against police.

According to the Fort Worth Star-Telegram, the incident occurred on 15 September 2015. The officers (who were wearing security uniforms at the time of their Whataburger visit) told the newspaper that they ended up eating at a local Dairy Queen instead:

Cameron Beckham and Michael Macgovern were working the night shift, so for a late dinner, the two off-duty officers pulled into a Whataburger off Interstate 35 in Lewisville.

Dressed for their part-time security job at a construction site, they walked in and glanced at the menu at the counter.

“First words we hear are, ‘We don't serve police officers here,’” Beckham said. “We were just kind of in shock. Did this just happen?”

Beckham is a Milford police officer who works security on his off days and Macgovern is a reserve deputy for the Strawn marshal’s office. Beckham asked for the employee's name, and he and Macgovern left.

“We could've been the guys who blew it off — and we didn't want to take anything away from the Rangers [baseball teeam moving into first place] — but law enforcement officers are getting tired of this stuff,” Beckham said. “I think everyone is, to be honest.”

“We went down the street to the local Dairy Queen,” Beckham said. “Fine establishment. No problems there.”

"We walked in the front door, and literally ready to say 'I'll take a single, or double,' and the fellow behind the counter said, 'We don`t serve police officers,'" said Officer Michael Macgovern.

The two officers were both in uniform and couldn't believe what they just heard.

"I looked at them and said `are you joking?` He just said — nothing." Officer Macgovern said.

On 16 September 2015, Whataburger confirmed in a Facebook post that the employee referenced by the officers had been fired:

We were appalled to hear of an employee refusing service to two officers, as we have proudly served first responders across our system for decades. As soon as we heard of this isolated incident, we began our own internal investigation overnight. The employee that refused service is no longer employed with Whataburger. We’ve also invited the officers back today so we can apologize in person and make this right.

Dallas-Forth Worth television station WFAA spoke to the Whataburger employee (a man in his fifties who had been employed by the chain for nearly a decade) after he was terminated, and the former worker maintained his comments had merely been a joke:

"I want to apologize to [Whataburger,]" he said through tears. "I love all y'all, and I'm going to miss working for you all."

He told us the marshal's initial thought was correct. Coworkers know he likes to joke around, and he says that's what he was doing with his comment to the officers.

"First, I thought, 'Oh man, this is a shame — all over a joke,'" he said. "I'm joking around with the police, and I lose my job, something I've had over nine years."

The ex-Whataburger employee also told WFAA that he immediately explained to the officers that his comment was merely a joke, but that one of them told him they were "going to make [him] a star tonight." Whether or not the officers acknowledged the worker's initial apology is unknown, and his claim conflicted with Macgovern's statement that the fast food worker "said nothing" when asked if he was joking:

The former employee said at one point, one of the officers said to him, "We're going to make you a star tonight."

"Usually, if you joke with someone and you get an uneasy feeling about the joke you made, you go out of your way to say, 'Listen guys, seriously, I was joking. My bad, I apologize, it was bad tenor,'" Marshal Macgovern said.

A day later, bad joke or not, the employee is without a job and he said he feels for his coworkers.

Macgovern's comment was likely a reference to two recent similar controversies in which police officers claimed they were "refused service" (or otherwise discriminated against) by fast food workers. A few weeks earlier, a police officer in Pembroke Pines, Florida, prompted an incident report over the reception she received from an Arby's employee, and on 11 September 201, a Facebook user reported that a police officer was refused access to a Starbucks bathroom in what he believed was an incident of anti-police discrimination on the part of a barista.