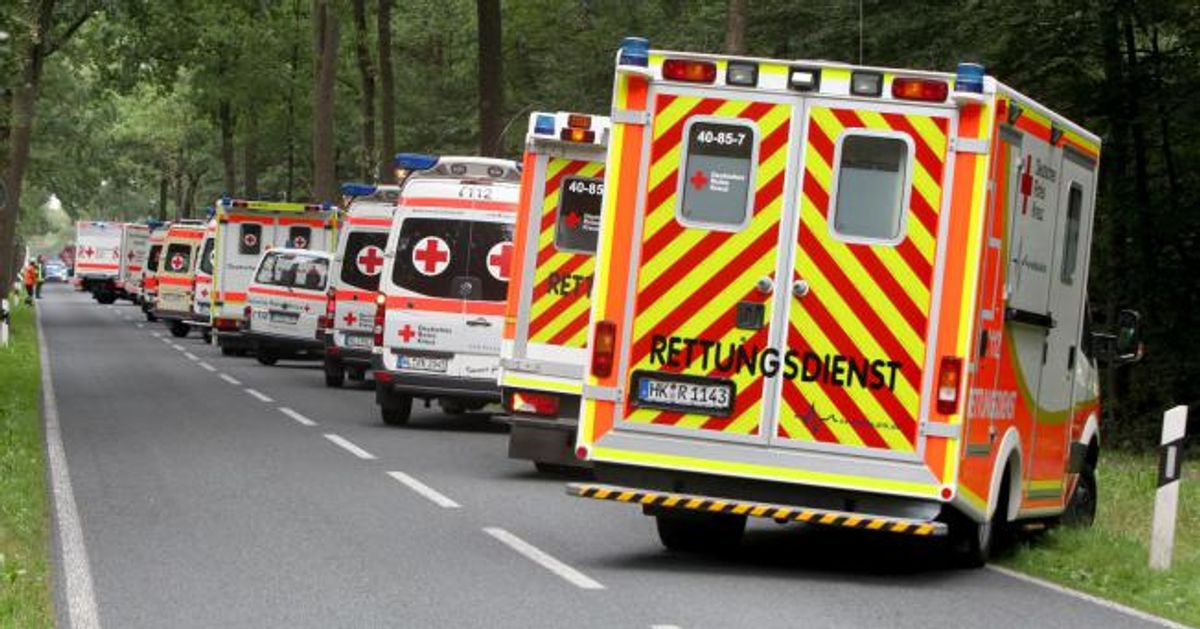 NEWS:   Dozens were sickened at a German homeopathy conference after ingesting a drug, but the folks involved weren't necessarily doctors nor "poisoned."

On 4 September 2015, 30 attendees at a homeopathy convention in Northern Germany fell suddenly ill.

An early report from Deutsche Welle claimed a methamphetamine-based substance (later identified as the increasingly popular "Aquarust" in exceptionally large doses) was behind the mass illness:

At 2:25 p.m. local time, a call for help came in from the convention center. No more than 90 minutes later, 150 first responders including firefighters, Red Cross, emergency medical technicians, poison specialists and police were on scene to deal with what looked a lot like a mass poisoning.

In the end, 30 people were taken to hospital, displaying symptoms ranging from hallucination to breathing difficulties. They were between 25 and 55 years of age.

"Nobody was fatally ill," said Johannes Freudewald, spokesman for the district of Harburg to which Handeloh belongs.

"What we can say at this point is that amphetamine poisoning was the cause," Freudewald said.

By 5 September 2015, information about the event was still scant. DW subsequently published an article stating that 29 attendees were transported to local hospitals and investigations (not necessarily into deliberate poisoning) were ongoing:

Police on Saturday said they had begun investigations under Germany's anti-narcotics law on the grounds that persons had injured themselves, necessitating a medical emergency.

How the incident unfolded or whether those affected had wittingly taken the halluzinatory substance was still unclear on Saturday. Police said those intoxicated were still not fit for questioning. Laboratory tests to identify the substance were continuing.

The news magazine "Der Spiegel" described those affected as alternative and homeopathic practitioners. NDR said doctors were also among the seminar group and suggested that participants might have taken part in a drug experiment.

As that article explained, the individuals affected were homeopathic practitioners of variable backgrounds (not necessarily doctors). According to a 9 September 2015 report in The Independent, police began interviewing those affected on 7 September 2015; however, the circumstances leading up to the incident remained under investigation. Owing to the scope of the medical catastrophe, narcotics experts in Germany suspected the attendees were unknowingly exposed to the substance for thus far unknown reasons:

Torsten Passie, a member of the German government’s expert commission for narcotics, told NDR: “It must have been a multiple overdose. That does not support the view that the people concerned took the hallucinogen knowingly.

“One has to assume that people were not told about the substance, its effects and risks before taking it.”

Police are reportedly looking into possibilities including the drug being taken as a joint experiment, or it being furtively given to conference participants as a prank.

The Independent also carried a statement from the Association of German Healing Practitioners (VDH), distancing itself from the strange incident (and insinuating that the substance use may have been experimental):

“The organisers of this obscure conference are unknown to us and such events will not be tolerated by our Association,” a spokesperson said.

“Unfortunately, the conference in Handeloh has severely damaged the image of the alternative medicine profession…and we have clarified that such acts are not in the spirit of natural therapy, and contradict our values both morally and legally.

“The Association of German Healing Practitioners (Heilpraktikers) detests such misdemeanours.”

On 7 September 2015, the unreliable alternative health web site Health Nut News published a blog post titled "US NEWS: 29 Holistic Doctors/ND’s Poisoned, Some suffering “life threatening conditions” at Conference (Criminal investigation Underway)." That blog post was authored by a person who previously claimed multiple unrelated doctors' deaths in mid-2015 were part of a shadowy, as-of-yet unexplained conspiracy; her description of the incident in Germany framed those who fell ill as "doctors" and their ingestion of the drug as a definitive, deliberate poisoning (and the ensuing investigation as into what was ostensibly a criminal attempt to harm them):

Depending on the news sources these practitioners are called alt med/ holistic doctors or naturopaths, but one thing is clear: the articles state that experts at the scene said it didn’t appear they knowingly ingested what made them ill. Some were extremely ill when the 15 ambulances and helicopter flew in to the rescue.

In the wake of my unintentional series on holistic doctors dying, I had several people send this to me the last few days. I admit I scanned it, but only today saw the severity of the story. Again, the ones who could talk allegedy say the didn’t knowingly ingest anything that would cause them to become deathly ill. (poisoned) A criminal investigation is underway according to at least one news source.

The site used boldface to highlight the word "helicopter," presumably to suggest those affected were so gravely ill a helicopter was required to circumvent the intended effect of the drug(s). However, according to Google Maps, the nearest hospital appeared to be a 40 to 60 minute drive from the conference's general location. Helicopters are not uncommon when evacuating ill or injured folks from a remote location, irrespective of the cause or severity of their conditions.

So while it's true 29 attendees at a holistic conference were sickened by the ingestion of a meth-based drug known as Aquarust, those attendees were likely not all "holistic doctors." Moreover, the circumstances under which they ingested the substance remained unconfirmed; authorities believed it most likely victims were misled as to the nature of a substance before they ingested it. No credible reports offered anything in the way of evidence (or even suggestion) that the conference attendees were deliberately poisoned in an attempt to do them harm.