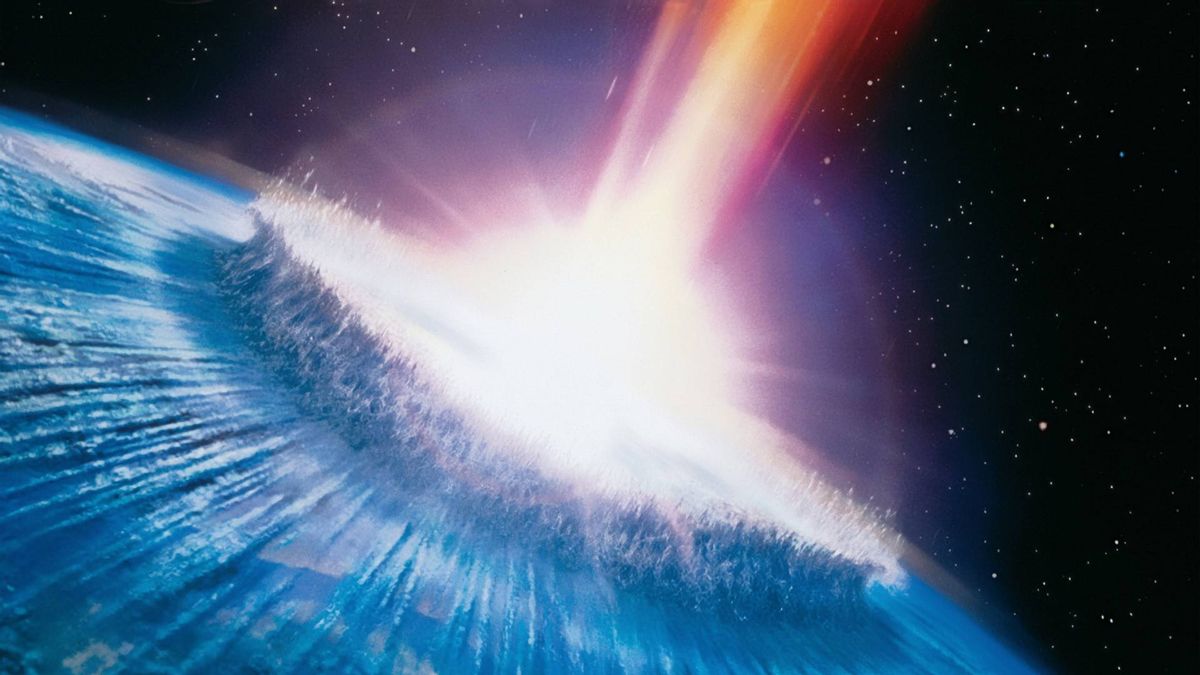 NEWS:   Rumors about an "asteroid threat" have been addressed by NASA.

In March 2015, a rumor started circulating around the internet that NASA was on "high alert" about an incoming asteroid (they weren't). In June, another rumor claimed that a comet would strike earth in September 2015 (it won't). Rumors about incoming asteroids, comets, and other doomsday events are proliferating on the internet, and it looks like NASA has finally had enough.

On 19 August 2015, NASA posted an article on its website entitled "There Is No Asteroid Threatening Earth" to address the various rumors about incoming meteors:

Numerous recent blogs and web postings are erroneously claiming that an asteroid will impact Earth, sometime between Sept. 15 and 28, 2015. On one of those dates, as rumors go, there will be an impact — "evidently" near Puerto Rico — causing wanton destruction to the Atlantic and Gulf coasts of the United States and Mexico, as well as Central and South America.

That's the rumor that has gone viral — now here are the facts.

"There is no scientific basis — not one shred of evidence — that an asteroid or any other celestial object will impact Earth on those dates," said Paul Chodas, manager of NASA's Near-Earth Object office at the Jet Propulsion Laboratory in Pasadena, California.

In fact, NASA's Near-Earth Object Observations Program says there have been no asteroids or comets observed that would impact Earth anytime in the foreseeable future. All known Potentially Hazardous Asteroids have less than a 0.01% chance of impacting Earth in the next 100 years.

The Near-Earth Object office at JPL is a key group involved with the international collaboration of astronomers and scientists who keep watch on the sky with their telescopes, looking for asteroids that could do harm to our planet and predicting their paths through space for the foreseeable future. If there were any observations on anything headed our way, Chodas and his colleagues would know about it.

"If there were any object large enough to do that type of destruction in September, we would have seen something of it by now," he stated.

NASA's Near-Earth Object Observations Program main job is to monitor the skies for potentially hazardous asteroids. All of NASA's observations can be easily found on their web site. If you are truly worried about an asteroid impact, you can also follow the Asteroid Watch blog or follow @asteroidwatch on Twitter for real news from real scientists:

@luanarodriguez1 It's an internet hoax & a good way for websites to trick you to click on their page. Don't worry though, it's not true.

@kaylalalallla There's no way to cover up something like that. If true, it would be visible to astronomers/observatories world wide.

@_amyls_ No, they cannot randomly change orbits. We calculate their orbital paths for decades & centuries into the future.

Of course, this isn't the first time that a baseless rumor has caused panic; and, unfortunately, it won't be the last.

In 2011 there were rumors about the so-called “doomsday” comet Elenin, which never posed any danger of harming Earth and broke up into a stream of small debris out in space. Then there were Internet assertions surrounding the end of the Mayan calendar on Dec. 21, 2012, insisting the world would end with a large asteroid impact. And just this year, asteroids 2004 BL86 and 2014 YB35 were said to be on dangerous near-Earth trajectories, but their flybys of our planet in January and March went without incident — just as NASA said they would.

"Again, there is no existing evidence that an asteroid or any other celestial object is on a trajectory that will impact Earth," said Chodas. "In fact, not a single one of the known objects has any credible chance of hitting our planet over the next century."

NASA detects, tracks and characterizes asteroids and comets passing 30 million miles of Earth using both ground- and space-based telescopes. The Near-Earth Object Observations Program, commonly called "Spaceguard," discovers these objects, characterizes the physical nature of a subset of them, and predicts their paths to determine if any could be potentially hazardous to our planet. There are no known credible impact threats to date — only the continuous and harmless infall of meteoroids, tiny asteroids that burn up in the atmosphere.