On 1 October 2015, smoking became illegal in vehicles carrying passengers under age 18 in England and Wales. 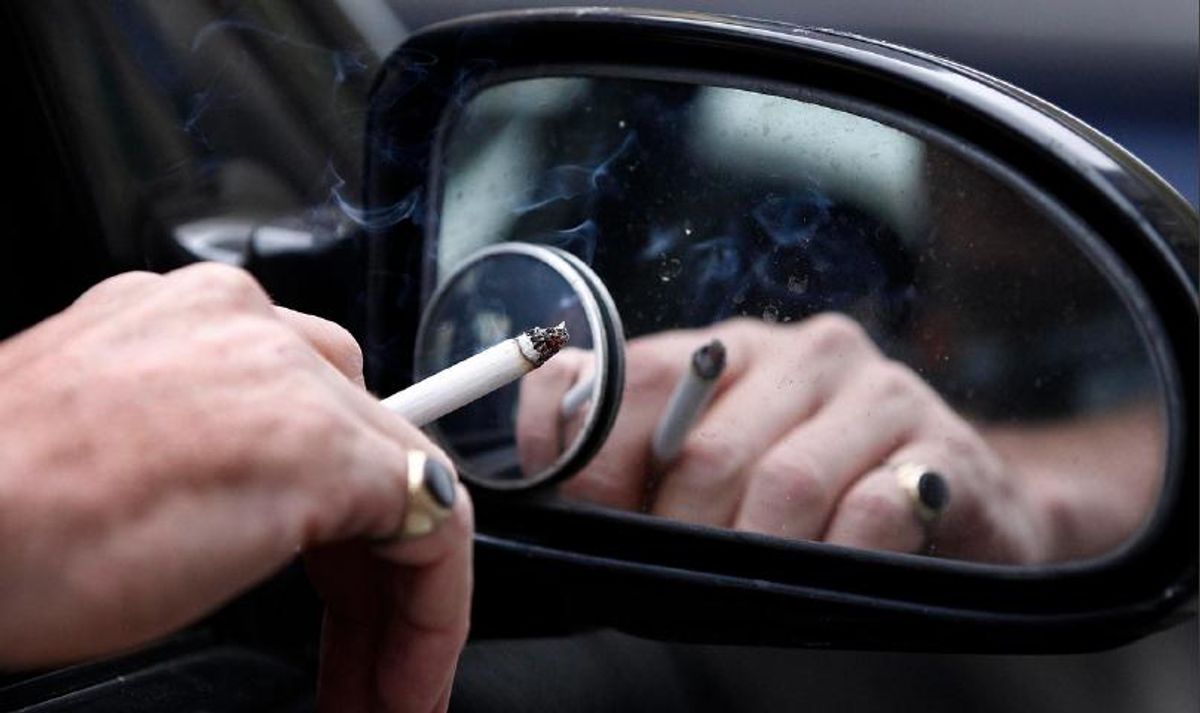 Drivers and passengers in England and Wales were warned by the Department of Health in August 2015 that it would soon be illegal to smoke in any vehicle carrying a person under the age of 18. Starting on 1 October 2015, smokers would face a fine of £50 (US $80) — with drivers also being at risk for additional penalties for failing to stop passengers and/or smoking themselves — for lighting up in any vehicle wholly or partly enclosed by a roof:

From 1 October 2015 it will be illegal to smoke in a car (or other vehicles) with anyone under 18 present. The law is changing to protect children and young people from the dangers of secondhand smoke.

Both the driver and the smoker could be fined £50. The law applies to every driver in England and Wales, including those aged 17 and those with a provisional driving licence. The law does not apply if the driver is 17 years old and is on their own in the car.

The law applies to any private vehicle that is enclosed wholly or partly by a roof. It still applies if people have the windows or sunroof open, have the air conditioning on, or if they sit in the open doorway of the vehicle. The law won’t apply to a convertible car with the roof completely down.

Children breathe faster than adults so they are much more exposed to the dangers of second-hand smoke. Their airways, lungs and immune systems are still developing so are much more at risk from harm.

We want children to grow up free from harm and we need parents to understand why smoking in vehicles is so dangerous. 80% of smoke is invisible so even if you think you are being careful you cannot see where the smoke is going.

Research has shown that around a third of children who are exposed to smoke in vehicles don’t feel able to ask the person to stop because they feel frightened or embarrassed. We want all children to grow up free from the burden of disease that tobacco brings.

Government health agencies estimate that about one-third of the area's children (about 3 million) are exposed to smoke in vehicles, and that about 200 children per week visit doctors due to the effects of second-hand smoke in cars. Exposure to toxins in cigarette smoke is linked to diseases such as bronchitis, pneumonia, meningitis and cancer.

The new law does not cover e-cigarette use.

In the United States a handful of states have enacted laws barring smoking in cars when minors are present, but there is as yet no nationwide law regulating that behavior.