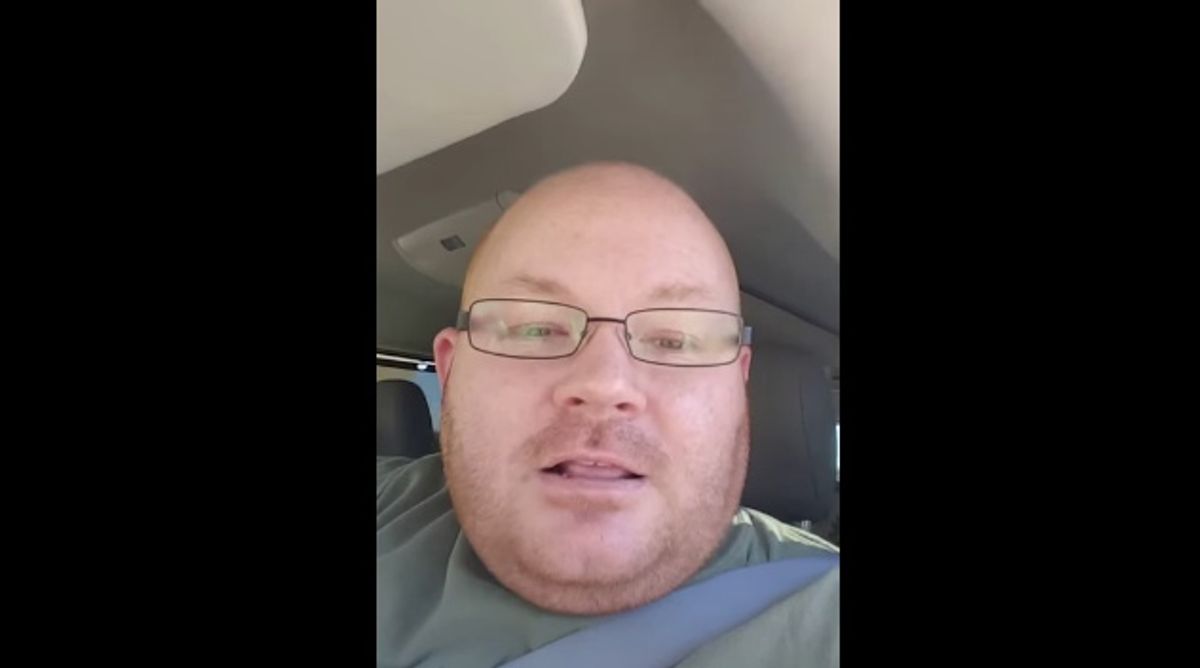 On 13 July 2015 (two days before the scheduled 15 July 2015 start of U.S. military exercises known as Jade Helm), the YouTube channel "Get Right America" published a video about conspiratorial links between shadowy organizations and Jade Helm:

I still don't know how people aren't seeing that Operation Jade Helm is going down. This is a parking lot at Sam's Club in San Angelo, Texas where there is obvious Jade Helm activity. There were containers, tarps on chain link fences, moving trucks with Knights Templar insignia on them, and all of this stuff was laid out in a triangle — obvious Illuminati involvement. This is big, people. Get right and get ready!

For those not following the latest leads gone unreported by the media, Jade Helm (or Jade Helm 15) is a broad conspiracy involving planned military exercises that rose to Internet prominence in March 2015. The concurrent closure of several Walmart locations (due to "plumbing problems") shortly after the rumors began circulating caused an escalation in concern. Meanwhile, acknowledgement of the rumors by Texas Gov. Greg Abbott in April 2015 thoroughly validated fears that the federal government of the United States was planning a covert takeover of one or more states.

The video's subject identified himself as "Kris Martin," and his "Proof of Exercise" (POE) filmed commentary is almost indistinguishable from sincere ramblings about the dangers of Jade Helm uttered by folks truly terrified of its supposedly sinister agenda. However, a portion of the clip during which Martin speculates that trailers may hide "ninjas [who can] take our guns" is one giveaway that the footage is intended to be satirical. Another can be found on the YouTube channel's About page:

This channel is a veteran's guide to renewing common nonsense and wisdumb in a country that has lost it's way. Are you like me? Are you worried that you aren't getting THE REAL history in public schools? Maybe you are worried about the erosion of morals and ethics in America? Or perhaps you are seeing that the government is coming for your guns, your Bible, and your super-sized fast food menu items. Subscribe to this channel and continue to come back as I will be uploading more and more videos to help narrow your mind so you can focus on what is really not going on in our country. WAKE UP AMERICA!

Of course, eagle-eyed conspiracists will point out that the Jade Helm parody is clearly a disinformation operation, as everyone knows that FEMA death camps are being constructed at Walmart (and not Sam's Club, as the obvious government shill seen on camera would have you believe).