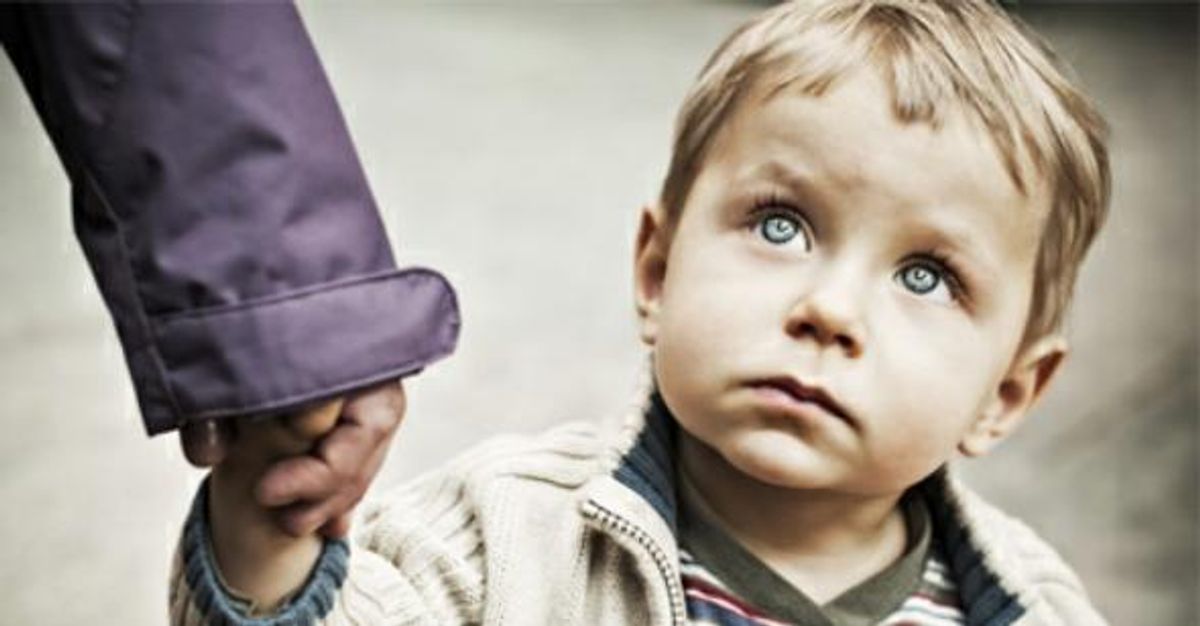 NEWS: Venerable urban legend about a child abducted from a theme park by kidnappers who drug him, change his clothing, and cut his hair resurfaces in Malaysia. As proof of the staying power of urban legends, especially those that posit a danger to children, we note that the venerable (false) tale of kidnappers plying their trade at theme parks has resurfaced among Malaysian social media users.

As usual, the current crop of rumors hold that abductors at a theme park (Legoland, in this case) snatched a child away from his mother when her attention was temporarily diverted elsewhere, then spirited him away to another part of the park (likely a restroom), where they drugged him and took great pains to alter his appearance by dressing him in different clothing and cutting his hair so that he could be more easily smuggled out of the park unnoticed:

A horrifying story of a child being drugged and having his appearance altered in an attempted kidnapping at a Legoland is making its rounds again on social media again.

A screen shot of a Facebook post by a user, Daniel Boey, claims that a six-year-old boy went missing in the theme park after the boy's mother took her eyes off him for just a few seconds while queuing up for food.

The boy was found a few hours later wearing different clothes and shoes, was without his hair, and in a drowsy state.

While the post did not specify which Legoland it was, Legoland Malaysia said it has received a number of calls from concerned visitors recently about this post.

The attraction, which is about 30 minutes away from Tuas Checkpoint by car, is popular with Singaporean families who make up about a third of the visitorship.

Mr Mark Germyn, divisional director of Legoland Malaysia Resort's executive office, told The Straits Times that the post was a hoax and that no such incident had happened in any of the six Legolands in the world.

Legoland said when the post first surfaced in 2012, it filed a report with Malaysian police and reported the matter to Facebook.

Inspector Wong Chee Hoong, officer in charge of Anjung Police Station in Johor, said: "The Facebook post is bogus and there have been no kidnapping cases or such reports in Legoland Malaysia Resort."

This version of the urban legend lacked the standard denouement that the kidnapping was foiled (and the child saved from being sold into white slavery or a life of sex trafficking) when the boys's mother, who was observing the park exits via security cameras, recognized her child's shoes — the one aspect of his appearance that his abductors had failed to change:

The Police advised Ana's friend to focus on childrens' shoes and nothing else. So she watched the exits and mobs of people were leaving. She noticed 1 man carrying a sleeping child with a blanket over her. And the child's hair was a different colour but she said to the police that she had noticed a child wearing the same shoes but ....... it probably wasn't her child.

The police stopped the man and it turns out that it was indeed the right child. The child had been tranquillized by injection to the neck and was sleeping. Her hair had been cut short and had been spray painted a different colour. And all her clothing had been changed except .... her shoes. They got the perp and, thank God the child is fine.

The moral of this story is supposed to be: "Don't take your eyes off your child for even one second." If that's the case, though, one has to wonder why we need hoary fabricated tales like this one to drive the point home.