Frankly, Scarlett, I Don't Give a Ban 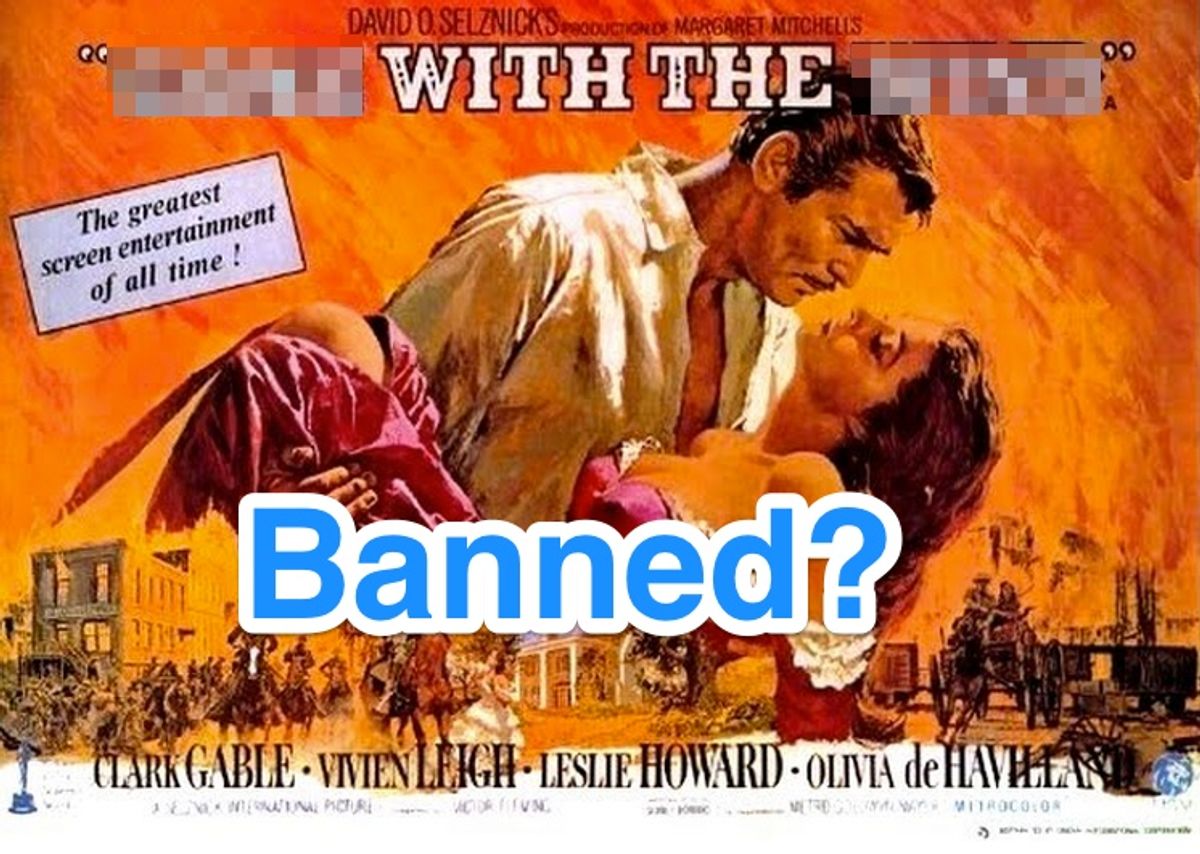 NEWS:     A newspaper op-ed likening the impact of the movie Gone with the Wind to that of the Confederate flag led many to believe a movement was afoot to ban the classic film.

On June 23 2015, retailers (including Amazon.com) announced a decision to discontinue the sale of Confederate flags and related merchandise. The domino effect of an ongoing debate regarding Confederate flag "bans" prompted a 24 June 2015 New York Post op-ed piece titled "Gone with the Wind’ Should Go the Way of the Confederate Flag."

In that column, writer Lou Lumenick made a case for re-classifying (not "banning") Gone with the Wind (GWTW) to the status of an historical artifact based on what he described as a pervasive romanticization of the Confederacy:

"Gone with the Wind" isn’t as blatantly and virulently racist as D.W. Griffith’s "Birth of a Nation," which was considered one of the greatest American movies as late as the early 1960s, but is now rarely screened, even in museums.

The more subtle racism of “Gone with the Wind’’ is in some ways more insidious, going to great lengths to enshrine the myth that the Civil War wasn’t fought over slavery — an institution the film unabashedly romanticizes.

We now know better, even if there are many other great things about "GWTW" — among them its sweep, its gorgeous Technicolor photography and its unforgettable performances by Vivien Leigh, Clark Gable and the film’s emotional center, Hattie McDaniel, the first black performer to win an Oscar as the subversive Mammy.

But what does it say about us as a nation if we continue to embrace a movie that, in the final analysis, stands for many of the same things as the Confederate flag that flutters so dramatically over the dead and wounded soldiers at the Atlanta train station just before the "GWTW" intermission?

Shortly after Lumenick's column was published, Twitter was alight with folks attributing the action to the New York Times (a paper of far greater influence than the Post) or otherwise claiming Gone with the Wind had been banned, would be banned, or was the target of potential bans:

Lumenick himself attempted to wade in and clear up brewing social media rage:

Lumenick did not call for a "ban" on the film, nor did he suggest that it be restricted in any fashion. His column pertained solely to musings upon how the film should be marketed and regarded in the future with respect to its portrayal of race and the South.