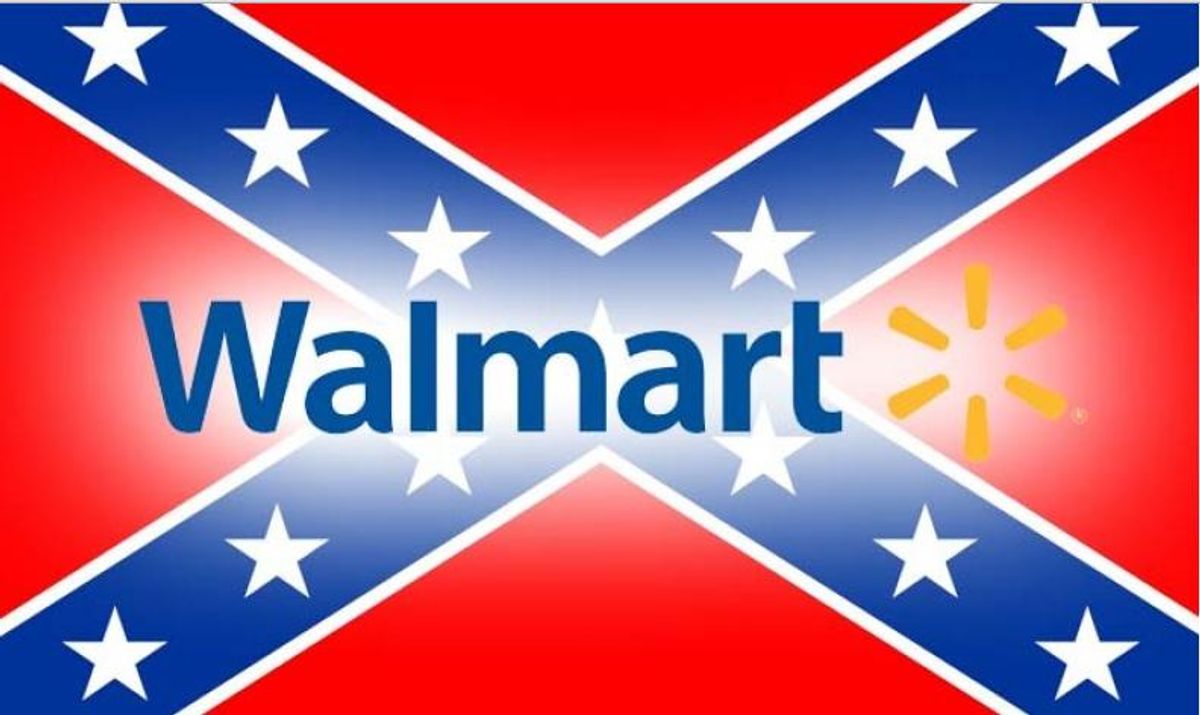 NEWS:    Facebook user Luke Massie-Smith's response to a Walmart customer's lament over the discontinuation of the sale of the Confederate flag has gone viral.

On June 23 2015, Walmart joined retailers such as Amazon.com in announcing a decision to discontinue the sale of Confederate flags and related merchandise. A comment made by Facebook rabble-rouser Luke Massie-Smith (in response to a post made by a Walmart customer disgruntled with the company's decision) circulated widely despite its subsequent deletion.

Please tell us where it all ends?

It's not your job to impose morals. Admit it, it is the soul and heart of people that's the true cause of racism. Not silly symbols. I fear you are missing the point in our free society. A flag now, a book next time. Where does it all end, where?

While Massie-Smith's comment is no longer available, screenshots and transcriptions that survived its removal began to circulate on Facebook and other social media sites. It read [paragraph breaks added for clarity]:

I think we both know where it ends, Allen. Your home in ashes, your starving children strewn about you half-dead and sobbing, packs of vicious wild dogs roaming the streets of once-happy American suburbs feeding off the weak, the cities burning on the horizon and the ground rumbling underfoot from the Chinese tanks out enforcing the new government's mandatory curfew.

And always, through the din of screams and smoke and jackboots marching in unison, above it all you hear Obama laughing. It's been three weeks since you've had anything but pages torn from the family bible to eat. Your feet ache; your shoes have long ago been stolen by roving gangs of armed minorities and the tattered strips of the American flag you've bound them in do little to stop the cold, let alone the blisters. Your wife is a man now and all your guns have gotten gay married.

With your last, dying breath, you raise a defiant glance to the darkened patch of sky where the sun should be were it not blocked by looming mushroom clouds and woefully bemoan, 'If only Walmart hadn't stopped selling confederate flags, none of this would have happened ... ' I wish I could say it wasn't too late. I wish I could say that, Allen.

Screenshots of the later-deleted remark circulated among Twitter users, too:

Mic.com described Massie-Smith as a self-identified "troll" targeting "conservative nutters," and said that he provided the site with a screenshot of his own remark. (Neither Massie-Smith nor the article about his post indicated when or by whom his comment was deleted).