Batter-Fried Rat Is Really a Chicken 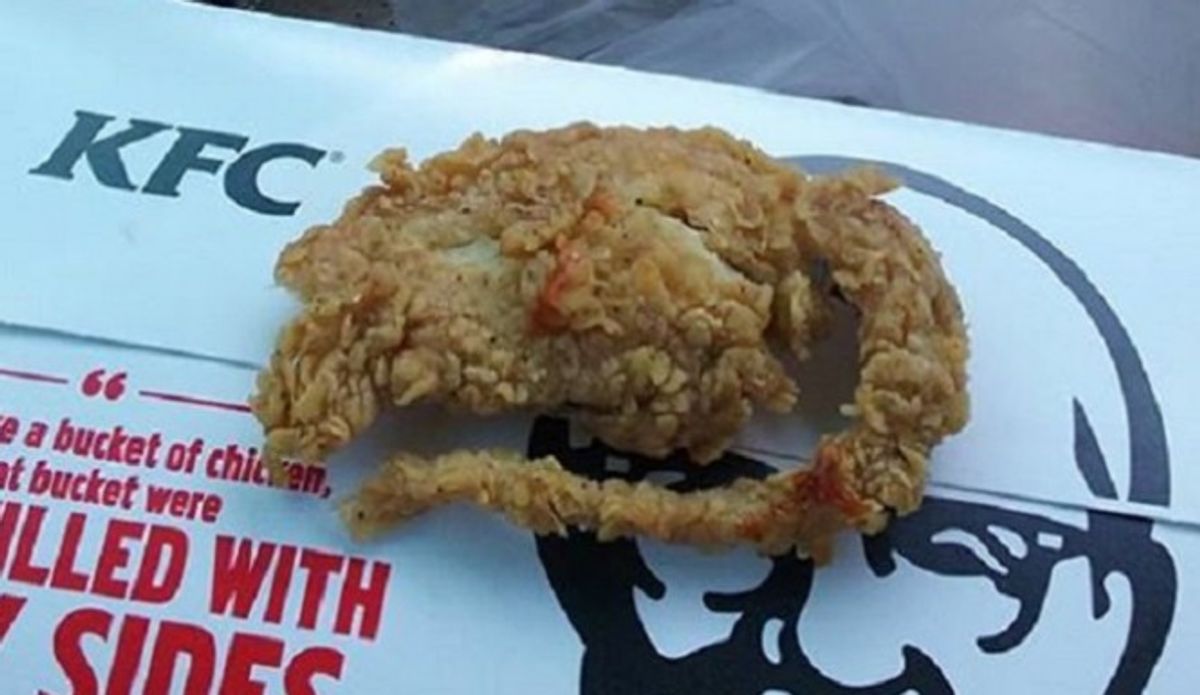 NEWS: The batter-fried rat a customer supposedly found in his order of KFC Chicken Tenders was in fact a piece of chicken.

The oddly shaped Chicken Tender that Devorise Dixon bought at a Los Angeles KFC outlet and claimed was a batter-fried rat has been tested by a third-party independent lab commissioned by KFC. The results — it's actually a piece of hand-breaded chicken, says KFC:

Recently, a customer questioned the quality of a KFC product, and this received considerable publicity given the sensational nature of his claim.

On Friday, the customer's attorney turned over the product in question for testing at an independent lab, and the results officially confirmed what KFC knew all along — the product was chicken and not a rat as he claimed.

Dixon had declined to communicate directly with KFC officials, but his attorney had agreed to turn over the piece of chicken to a lab for testing.

KFC suggested they are owed an apology, saying: “The right thing for this customer to do is to apologize and cease making false claims about the KFC brand."

It isn't even clear that the Chicken Tender in question actually came from KFC, as Dixon stated that he purchased it at the KFC outlet at Wilmington Avenue and 120th Street in Los Angeles, but the owner of that restaurant says security video doesn’t show Dixon making any food purchases there.