CDC Reminds Everyone Not to Pee in the Pool 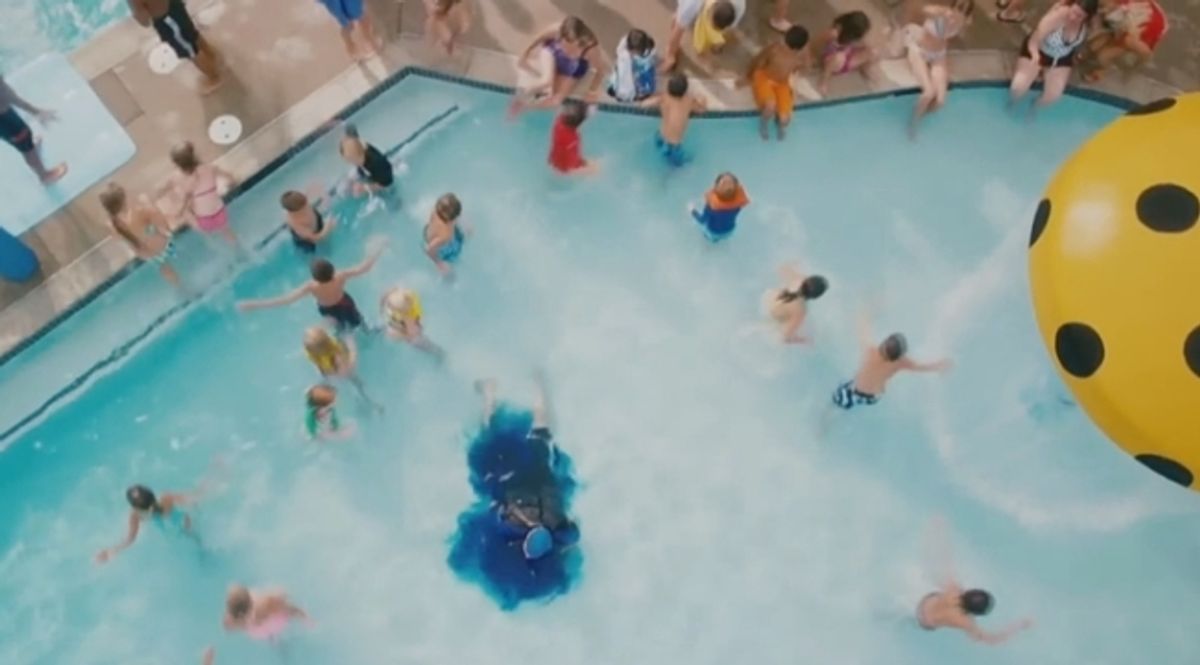 NEWS: The Centers for Disease Control says that urine and sweat (not chlorine) are primarily responsible for eye irritations associated with swimming pools.

Long-circulating rumors about a chemical that unmasks swimmers who covertly pee in pools have long since been debunked, but the Centers for Disease Controls' (CDC) Healthy Water program would like to remind pool-going Americans that it's still risky to relieve oneself in a public swim area.

In an effort to reduce swimming pool-based communicable diseases, the CDC discussed pool safety and hygiene as a part of their Healthy Water program at the start of the summer swimming season. A number of articles quoted one particular CDC official on the cause of eye, skin, and respiratory irritation associated with pool swimming, which Michael J. Beach, Ph.D., said was not exactly the fault of chlorine:

One of the most shocking revelations the CDC shared was the truth behind what causes your eyes to become red and irritated after swimming in the pool. And it's not the chlorine.

"It's quite the opposite," said Beach. "Chlorine binds with all the things it's trying to kill from your bodies, and it forms these chemical irritants. That's what's stinging your eyes. It's the chlorine binding to the urine and the sweat."

Beach's remarks circulated in June 2015 after the publication of an article in Women's Health in which he was quoted at length. In addition to his revelation that pools are rife with urine and sweat, Beach also admitted that the "chemical dye" yarn was created to discourage pool urinators:

That dye is a complete myth ... It’s about scaring people into not urinating in the pool.

While the number of headlines trumpeting urine-filled pools in June 2015 sounded a bit like clickbait, the CDC's own web site was consistent with the content of those articles, citing urine binding with chlorine (and not chlorine itself) as the main cause of irritation:

Irritants in the air at swimming pools are usually the combined chlorine by-products of disinfection. These by-products are the result of chlorine binding with sweat, urine, and other waste from swimmers. As the concentration of by-products in the water increases, they move into the surrounding air as well. Breathing air loaded with irritants can cause a variety of symptoms depending on the concentration of irritants in the air and amount of time the air is breathed. The symptoms of irritant exposure in the air can range from mild symptoms, such as coughing, to severe symptoms, such as wheezing or aggravating asthma (1-5). It is also known that routine breathing of irritants may increase sensitivity to other types of irritants such as fungi and bacteria.

As part of the CDC's Healthy Water initiative, the public health agency urges swimmers to shower before swimming and always urinate in a place other than the pool.