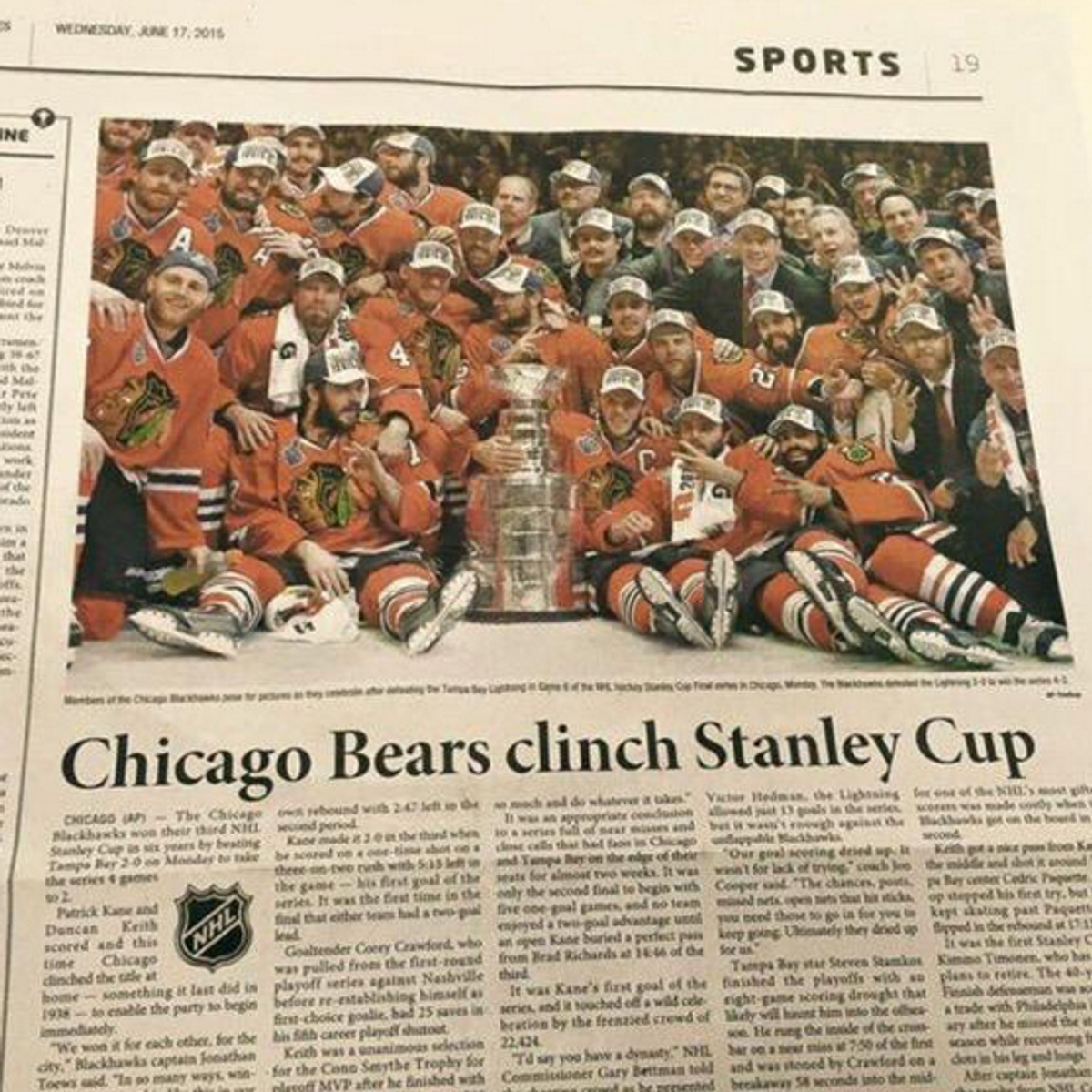 The headline displayed above appears to be real: A photograph purportedly showing a physical copy of the Korea Times with the "Chicago Bears" typo was posted to the r/Korea subreddit, and a PDF version of the headline was also obtained by Yahoo News.

Some people were skeptical about the authenticity of the headline, arguing that a Korean newspaper wouldn't write a story about NHL hockey and the Stanley Cup in English, but the Korea Times bills itself as being "Korea's First English Daily" newspaper.

While the Korea Times has not commented on the typo, another Korean newspaper (also confusingly named Korea Times) did mention the goof on Twitter: