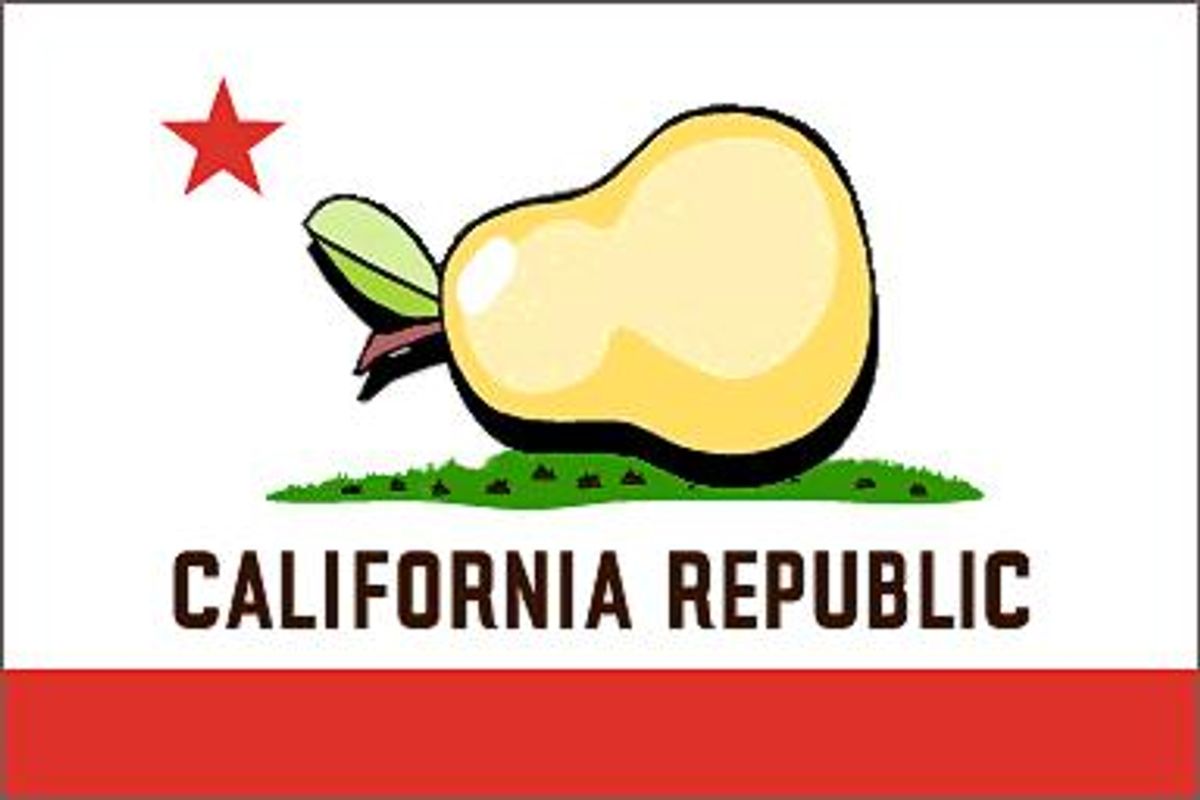 Despite what you might read on the Internet, California never considered a pear for their state flag.

On 14 June 2015 (Flag Day), Breitbart published an article critical of a recent Los Angeles Times op-ed piece that advocated California dump the Bear Flag, with the latter holding that Calfornia's current state flag should be ditched because it "pays tribute to slave owners, murderers, thieves, drunks and squatters." In defense of California's current bear flag, the Breitbart article noted that:

Most Californians have a different view [of their state flag]. The liberal public radio station KPCC posted a story in 2012 about the origins of the bear on the flag, with the introduction: “We might be biased — but California has one of the best state flags, no? The bold star on the left, the green patch of land ... and — of course — the California grizzly bear, our state animal, forever trudging along.”

The Breitbart piece concluded by observing that California's bear flag was a mistake, anyway — it was actually supposed to be a "pear flag," but through error the banner ended up bearing the image of an ursine instead, and the design stuck:

One problem with that "pear flag" article Breitbart cited, though: it's completely fictitious. It's an obvious jape we made up and offered in our Lost Legends section as an example of the perils of false authority syndrome.