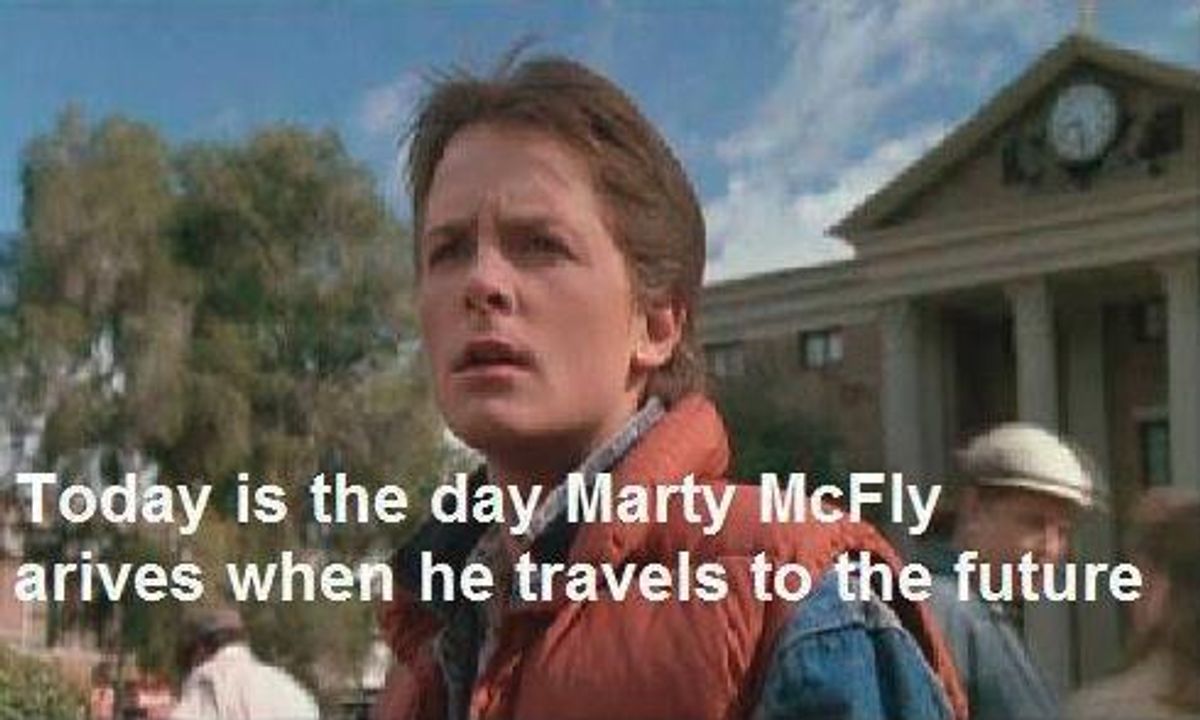 Marty McFly will be arriving from the past at on 2015, and not a moment sooner.

As chronicled elsewhere on the pages of snopes.com, an online prank that has been running for several years is to trick viewers into believing that the current date matches the future date visited by Marty McFly via his time-traveling DeLorean automobile in the 1989 film Back to the Future Part II. Such japes are often digitally perpetrated by altering screenshots taken from the movie and replacing the value seen in the "Destination Time" field of the DeLorean's time travel panel with the current date (or one in the near future), as seen in this example from 2012: Among other implementations of this hoax, a Tumblr page has been established that automatically creates images with the date of Marty's arrival matching the current date, to make it easier for people to troll their gullible friends.

It isn't difficult to find a definitive answer about the true date when Marty McFly will return, however. As a clip from Back to the Future Part II documents, Marty started out with Doc Brown in 1985 and traveled into the future, arriving there at on 2015:

Fans waiting to greet Marty promptly upon his arrival at would need to know the proper time zone, so we'll note for the record that according to an 1885 railroad map from Back to the Future Part III, Hill Valley is located in Northern California (and is thus in the Pacific Time Zone): For those counting down the minutes until Marty shows up in our timeline, the web page at october212015.com will handle that chore for you.

marty mcfly back to the future
Read More