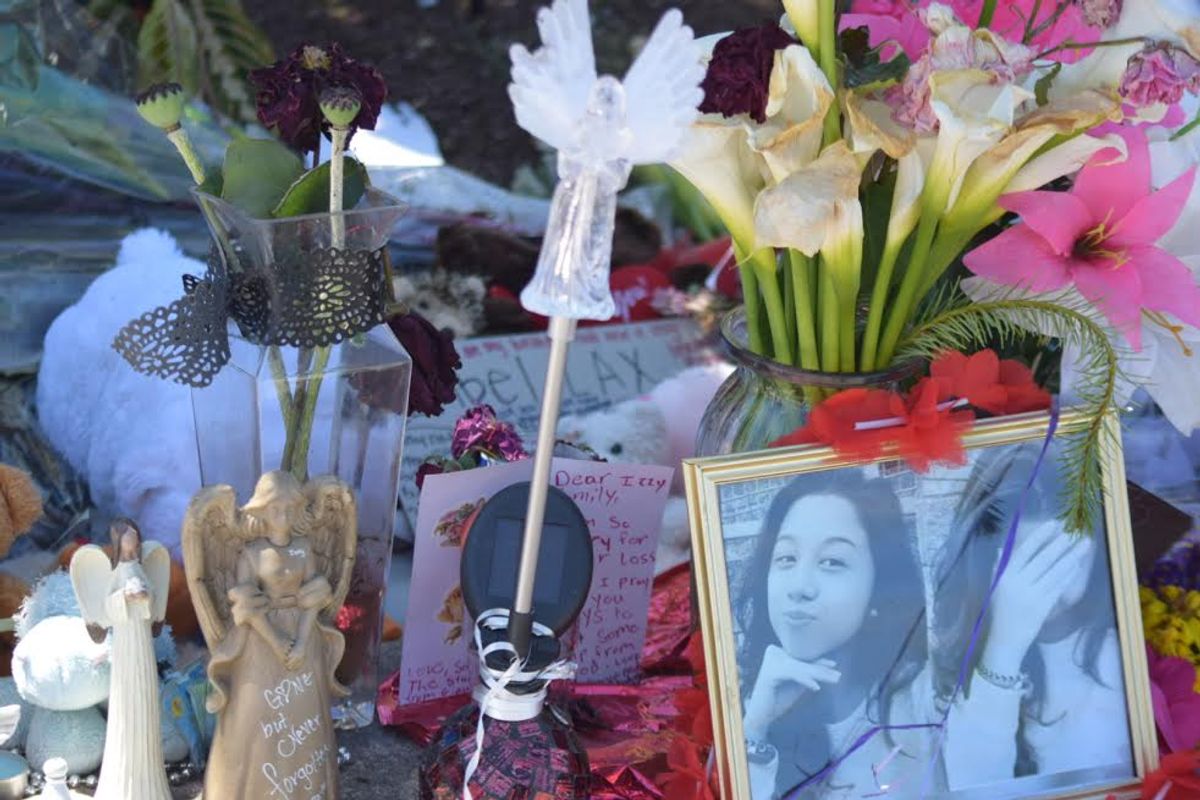 Izabel Laxamana reportedly typed eight suicide notes just hours before jumping to her death from a Tacoma overpass. Izabel Laxamana, the 13-year-old Tacoma girl whose 30 May 2015 suicide was widely blamed on her father's posting of a "shaming" punishment video online, penned eight suicide notes in the hours before her death according to the Tacoma News Tribune. Notably, the teenager left one note for her father in which she expressed that she did not hold him responsible for her actions:


Izabel Laxamana typed eight suicide notes on her iPod less than two hours before she leaped from a Tacoma overpass onto Interstate 5 below, Tacoma police said.

At the end of the school day, the 13-year-old girl gave the device to a friend. No one saw the letters until she had jumped, police said. Her parents were reportedly unaware she owned an iPod.

There were notes to a close friend and six family members. The last was unaddressed, presumably for police.

“In the notes, she explains that she did some things that were embarrassing, and she did not want to take the family name down with her,” police spokeswoman Loretta Cool [said].

“In the letter to her dad, she was very clearly trying to explain to him that she loves him very much and he is not responsible for her actions.”