Chalkboards from 1917 Unearthed in Oklahoma School 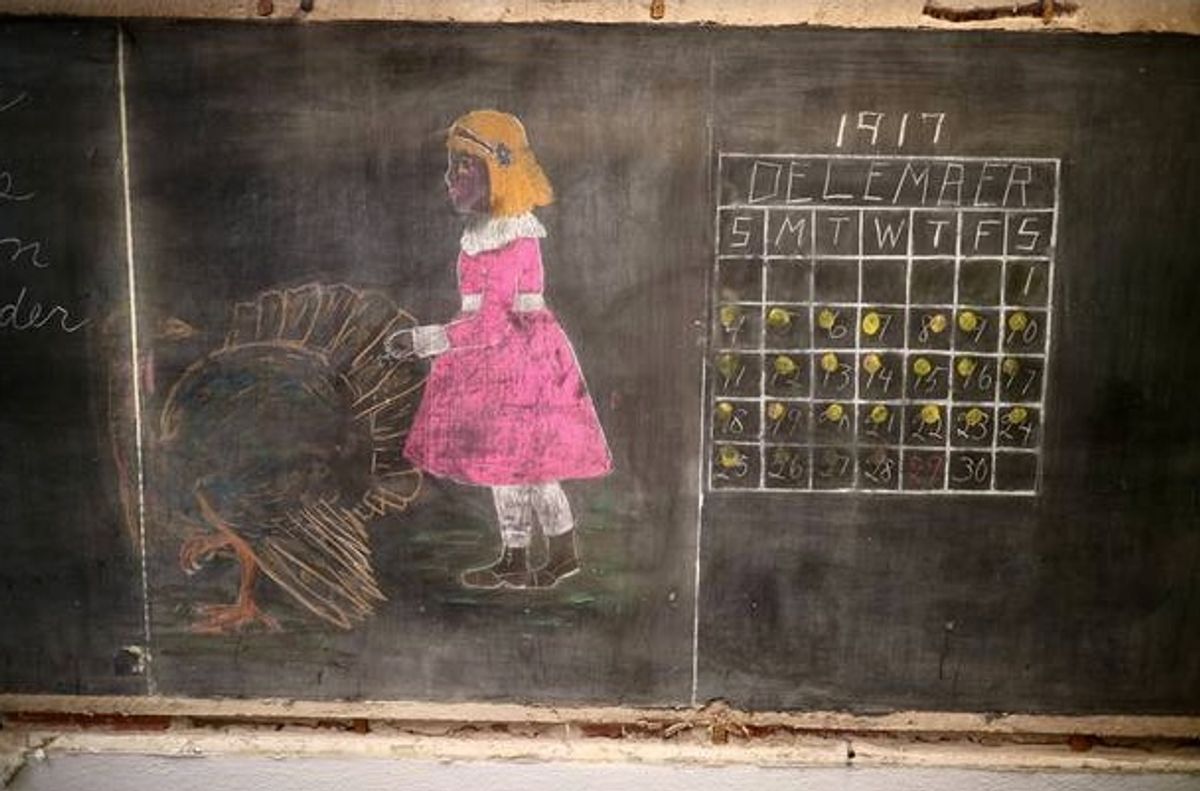 In early June 2015, contractors renovating Emerson High School in Oklahoma City made a fascinating discovery: As they removed an old set of chalkboards, workers unearthed several even older boards from which century-old lessons were apparently never wiped. Principal Sherry Kishore described an old-fashioned, wheel-style multiplication table displayed on one of the chalkboards that was unlike any she'd ever seen, and added that:

[The sutdents'] names are here; I don’t know whether they were students in charge that day that got to do the special chores if they were the ones that had a little extra to do because they were acting up. But it’s all kinds of different feelings when you look at this.

Oklahoma City television station KOKH reported that the chalkboards (bearing dates from November and December 1917) had not been conclusively proved authentic but noted that "the evidence is hard to argue with":

While there's no definitive proof the lessons are from 1917, the evidence is hard to argue with. It's history the district says it will work to preserve. The boards may be too delicate to remove so the district is looking into a way to preserve them without removing them.

The district shared several images of the chalkboards via Twitter on 5 June 2015, along with brief descriptions of the lessons uncovered:

A spokeswoman for the district said that attempts were underway to “preserve the ‘chalk’ work of the teachers that has been captured in time.”