Perhaps, using a rather loose definition of "predict." 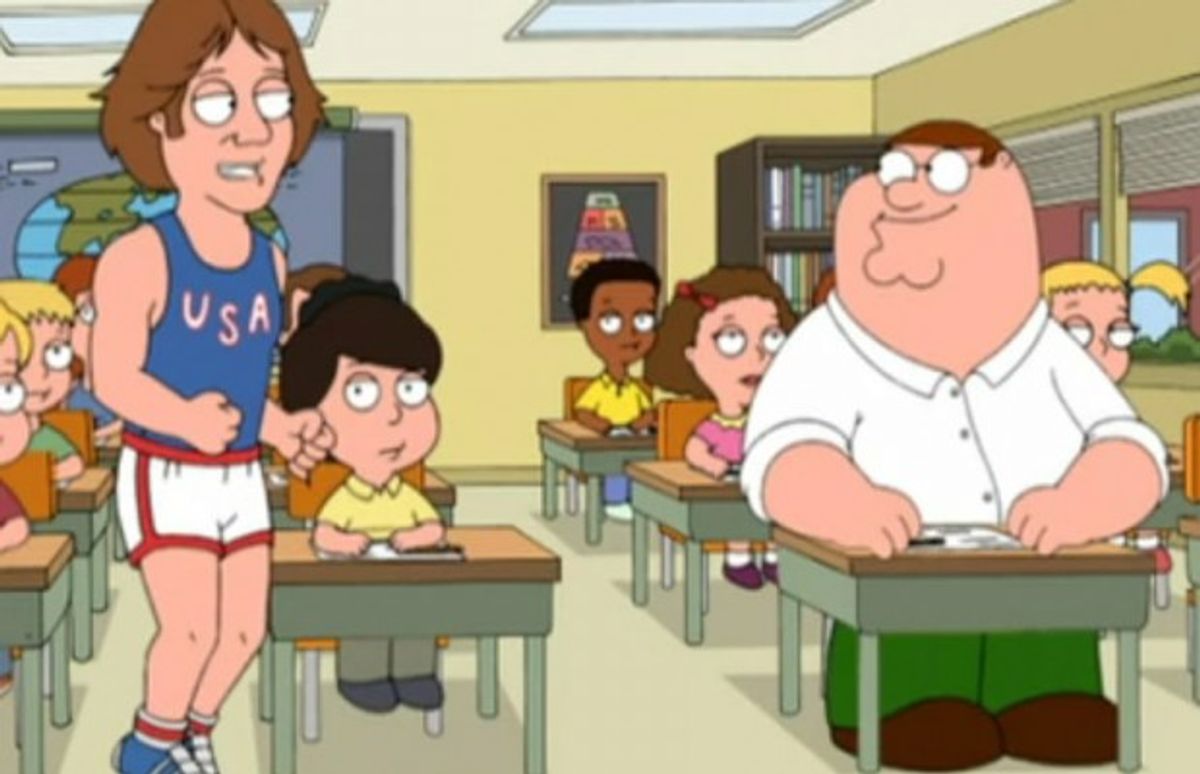 Shortly after former Olympic athlete Caitlyn Jenner announced her transition, a clip from a 2009 episode of the animated series began circulating online along with the claim that the cartoon had predicted it:

Brian: "Bruce Jenner is a man."

Stewie: "No, Brian. That's what the press would have you believe, but he's not. Bruce Jenner is a woman. An elegant, beautiful Dutch woman."

The clip was taken from an episode entitled "We Love You, Conrad," which originally aired on May 3, 2009, as part of the series' 7th season. Although the clip is real, it doesn't really constitute a "prediction" so much as a coincidence. (Jenner also didn't engage in any transition that changed her nationality from American to Dutch.)

"Family Guy" also wasn't the only show to "predict" Jenner's transition long before her Vanity Fair cover. A 1996 episode of the prime-time series "Married With Children" titled "Torch Song Duet" featured a bit where a female character (Marcy) was mistaken for the famous athlete:

Although these shows may all have made jokes playing on Jenner's transition (perhaps referencing something that was already an open secret by then), it's something of a stretch to say that any of them "predicted" the former Olympian would transition.