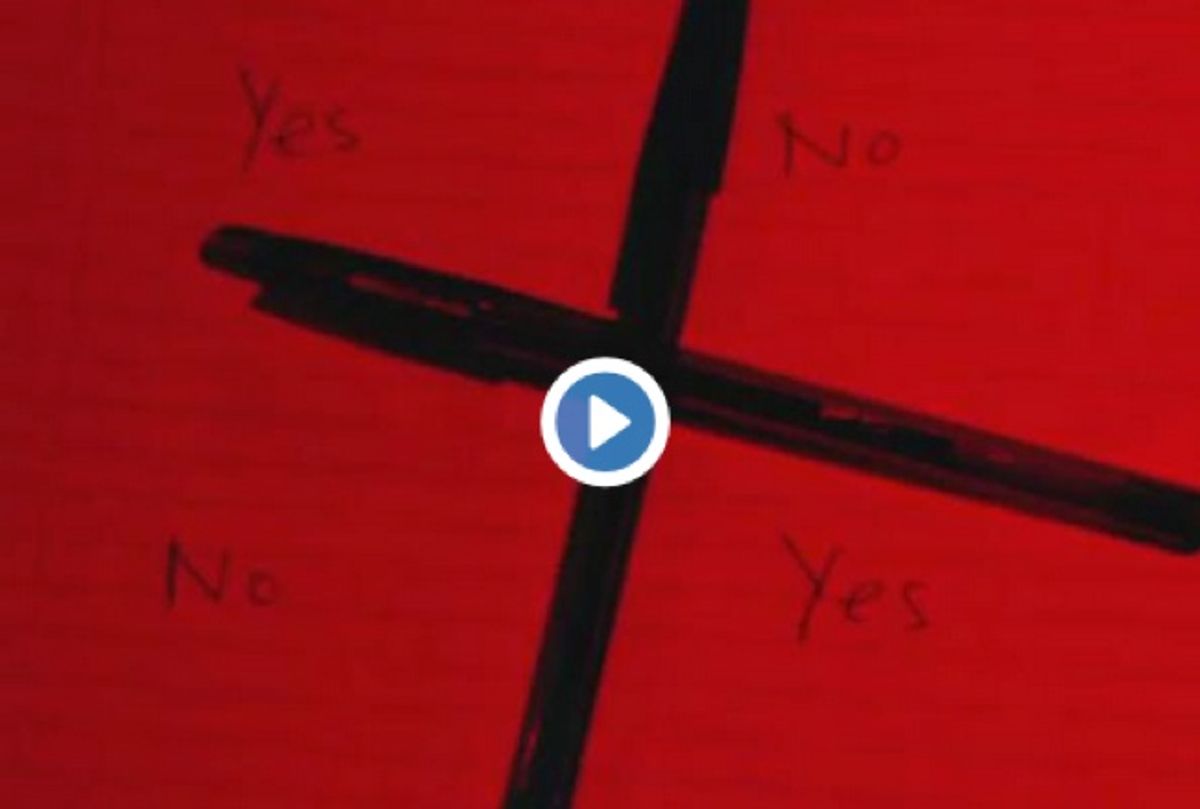 Did the Charlie Charlie challenge spontaneously erupt on social media, or was the phenomenon a viral marketing hoax for the upcoming film 'The Gallows'?

Throughout the 2015 Memorial Day holiday weekend, discussion of a viral game known as the "Charlie Charlie challenge" peaked on social media, hitting the pages of snopes.com due to the traction it had gained by 26 May 2015. Not long after the social phenomenon crested, the Charlie Charlie challenge quickly waned as "viral challenges" typically do (especially when those following them have to go back to school).

However, UPROXX appeared to kick off the Charlie-Charlie-as-marketing-ploy rumor with a 2015 article in which the site's Robo Panda made an unsatisfyingly incomplete case for the idea of a challenge promoted as a marketing stunt:

As the video above shows, this Charlie Charlie thing comes from a scene in The Gallows, a horror movie I will say no more about, other than it filmed before this challenge started, they’re obviously behind the social media trend, and we still aren’t going to look up when this movie is in theaters or what it’s about. I feel dumber just for noticing this all existed in the first place.

The Daily Dot then lamented that "The #CharlieCharlieChallenge was a dumb viral marketing stunt," and in The Frisky's "'Charlie Charlie' Demon-Summoning Pencil Trick Is Actually A Stupid Viral Marketing Scheme" piece, that site opined:

It turns out that thing where teens were using two pencils, a piece of paper and a lot of gumption to summon demons from the undead isn’t actually a “real” thing — it’s a viral marketing stunt, perpetuated by the folks behind some new horror movie called ‘The Gallows.” I know very little this film, except that it is, duh, a horror movie, and this whole “Charlie, Charlie” thing comes into play, as evidenced by this befuddling teaser clip, above.

The bulk of articles claiming that the Charlie Charlie challenge meme was "just" a "stupid," "dumb," or "fake" viral hoax perpetrated by a studio to promote a horror film referenced the YouTube clip shown below, though few who did so had heard of the film in question (The Gallows) prior to the purportedly successful "Charlie Charlie" marketing stunt:

One of the few news outlets that examined the chronology of the Charlie Charlie meme was the UK's Independent, and their article explained how most sites jumped upon the "viral marketing stunt" explanation with both feet despite the timeline discrepancy and the fact that the details of the challenge were contrary to the film's context:

Wikipedia now claims, without citation, that "It was later revealed that the Charlie Charlie challenge is in fact a promotion of the upcoming film The Gallows." The explanation then found its way onto various blogs — being written up at Daily Dot, Uproxx, Complex, ONTD and others.

The supposed explanation — that rather than coming about organically the meme was created by clever marketers — seems to have originated with a video posted to social media by the team behind the Gallows film.

The demon in the The Gallows does seem to be called Charlie. But in the trailer he’s not summoned by any game involving pencils or paper — what seems to upset him is that the students smash up the school theatre.

In fact, despite the similarities in their names, a central point of the film seems to be that people are told not to say the name. In the Charlie Charlie Challenge, saying the name keeps the demon happy — it has to be said to make him go away — not to enrage him.

It seems fairly evident that the connection between the social-media-driven "Charlie Charlie challenge" and the upcoming film The Gallows emerged well after the former had come and gone from Internet "trending" lists: No link between the challenge and the film was mentioned in the game's first wave of popularity, nor was the film's trailer referenced in mainstream news coverage prior to 1 June 2015. As the Independent noted, the social media challenge originated in a time and place far removed from any tangible connection to the film:

Uproxx claimed in its explanation that the film was "obviously behind the social media trend", since it had been made before the Charlie Charlie Challenge took off. But looking at the video shows that the part with the pencils was probably put together after, and spliced in with footage from the real film.

The films were posted to both YouTube and Twitter on May 27. The Charlie Charlie Challenge was already fairly big by then — it really took off just a few days before, but had been passed around Spanish-language Twitter and Vine for as long as a month before.

There is no mention of the Charlie Charlie Challenge in any available marketing materials before the meme became popular, on May 24. And it seems to have originated in the Dominican Republic in late April — which would be a strange place for anyone to secretly begin a viral marketing campaign.

Even if the movie had been the inspiration for the challenge, that wouldn't explain how the meme "tipped" to enrapture tweens and teens across Memorial Day weekend 2015. Those users were not discussing a film and had not been exposed to its promotion; nothing tied the challenge's propulsion to clever Hollywood marketing.

While the Charlie Charlie challenge was certainly utilized with alacrity by The Gallows's marketing team, it appears that marketing tie-in was created after the fact: the film was neither an initial part of the story nor the driver (primary or otherwise) of the viral trend's popularity.