Man Gets Probation for Harassing Elk 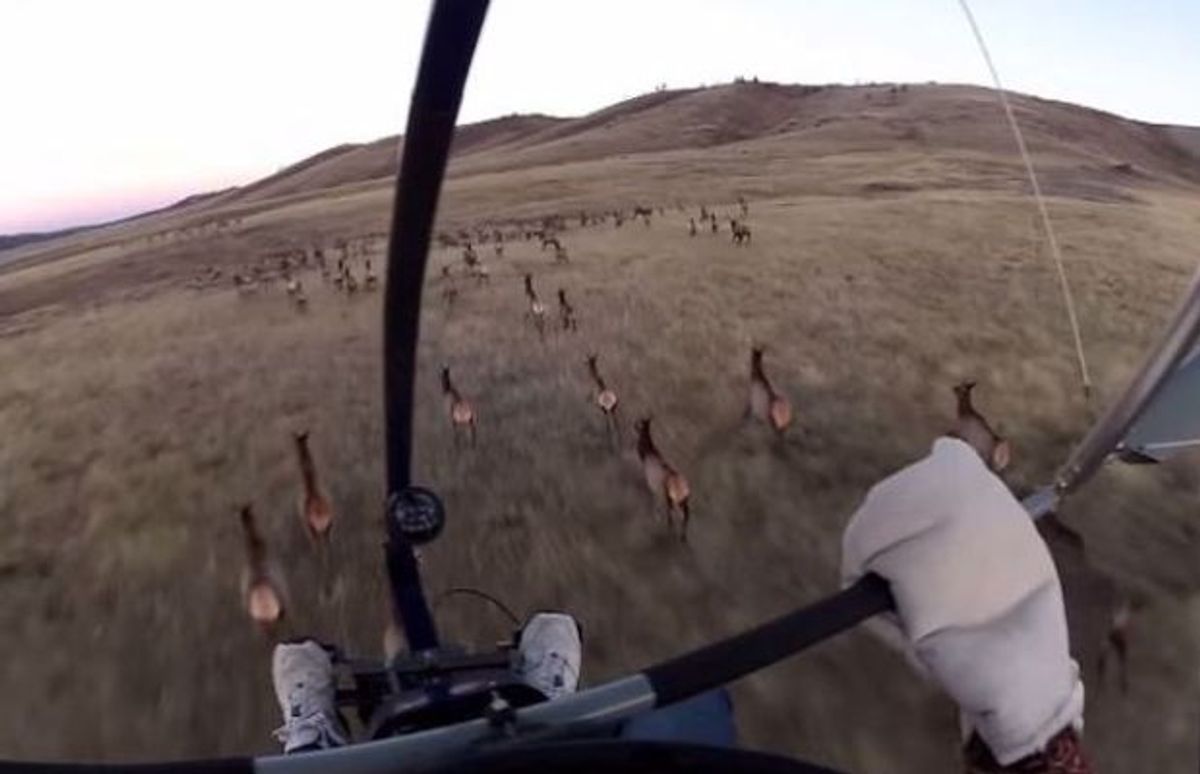 A viral video of Kevin Christopherson flying an ultra-light trike close to an elk herd prompted more than 30 complaints to the Wyoming Game and Fish Department.

Kevin Christopherson, 53, a Natrona County (Wyoming) School District trustee, finally pleaded no contest on 20 May 2015 to charges of big game harassment stemming from a 2014 incident in which he overflew and filmed a large herd of elk in Converse County.

Christopherson received one year of unsupervised probation, a one-year suspended jail sentence, will be required to pay a $1,500 fine, and will give up his hunting privileges for a year.

The sentence applied to Christopherson's filming a herd of elk in the Laramie Range on 23 September 2014 while flying closely over their heads in an ultra-light trike. Christopherson posted the footage online a few days later, and it quickly drew critical comments from viewers:

Clear harassment of wildlife, and blatantly illegal. Putting some trendy music to it doesn't make it 'cool.' I hope you get fined.

The Wyoming Game and Fish Department reported having received more than 30 tips from concerned citizens about the issue. Christopherson fought the charges for almost seven months before pleading no contest.

Christopherson said that he doesn't believe that what he did harmed the animals and simply intended to document the size of the herd, maintaining that he was granted permission from a Wyoming Game and Fish representative and passed the video along to the Game and Fish before posting it online. "I have every reason to believe that I was helping them," he said.

Regarding his position on the Natrona County School District board of trustees, Christopherson said, "It's not good when a publicly elected official gets in trouble, but nobody is perfect. I'm not going to hang my head in shame ... It's not going to affect my school board duties."