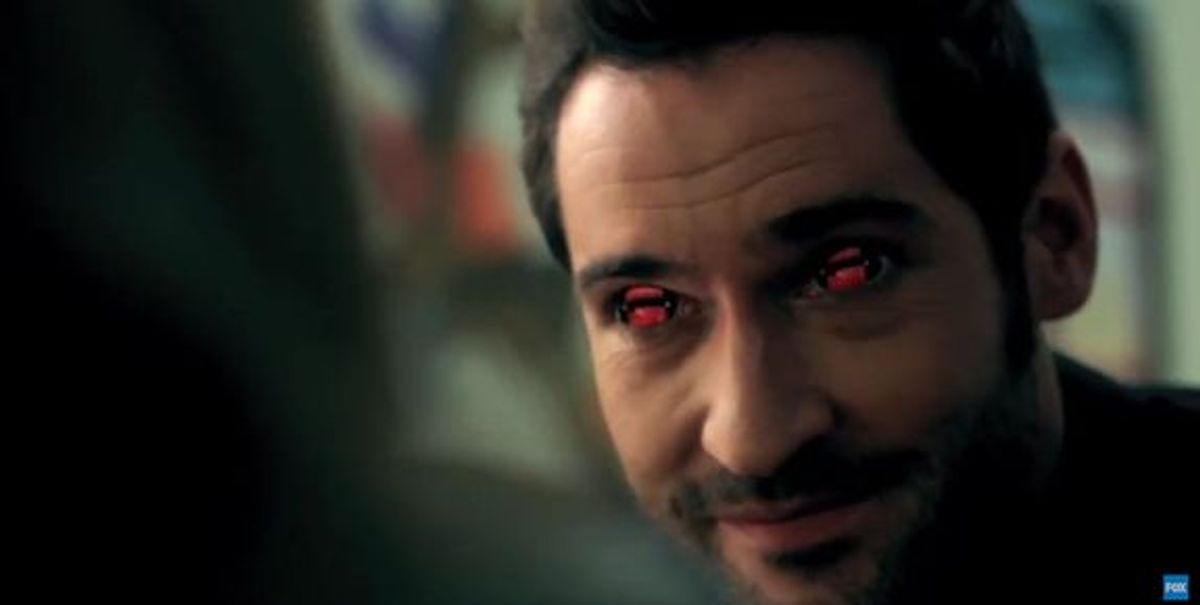 Is the FOX Network planning on portraying Lucifer as a good guy in an upcoming TV series?

While thousands of potential viewers have signed a petition against an upcoming FOX Network series entitled Lucifer, whether or not the title character is "good or evil" is a matter of debate.

In May 2015, the FOX Network announced that 2016 would see the premiere of Lucifer, a television series based upon the premise of the rebellious archangel's leaving his dominion over the underworld and returning to Earth in human form:

Bored and unhappy as the Lord of Hell, The original fallen angel, Lucifer Morningstar has abandoned his throne and retired to L.A., where he owns Lux, an upscale nightclub.

On 28 May 2015, the American Family Association and One Million Moms started identical online petitions (the former of which has drawn over 50,000 signatures to date) urging followers to importune FOX against carrying through with their plans for the series, protesting that the show would "glorify Satan as a caring, likable person in human flesh" and "mischaracterize Satan":

FOX has plans to air a new series which will glorify Satan as a caring, likable person in human flesh.

I am urging FOX Network to immediately cancel plans to air "Lucifer."

The program previews mischaracterize Satan, departs from true biblical teachings about him, and inaccurately portrays the beliefs of the Christian faith.

By choosing to air this show, FOX is disrespecting Christianity and mocking the Bible.

The issue is a subjective one, but the précis for the show suggests that the while Lucifer certainly borrows themes and characters from the Bible, the titular protagonist has much more in common with the Lucifer character in Neil Gaiman's comic book series The Sandman than the one described in religious scripture. (We also note that much of the imagery and characteristics commonly associated with Satan in western culture actually derive from the "Inferno" section of Dante Alighieri's 14th-century epic poem Divine Comedy rather than from the Bible itself.)

The Devil has come to Los Angeles ...

Based upon the characters created by Neil Gaiman, Sam Kieth and Mike Dringenberg, LUCIFER is the story of the original fallen angel. Bored and unhappy as the Lord of Hell, LUCIFER MORNINGSTAR has abandoned his throne and retired to L.A., where he owns Lux, an upscale nightclub.

Charming, charismatic and devilishly handsome, Lucifer is enjoying his retirement, indulging in a few of his favorite things — wine, women and song — when a beautiful pop star is brutally murdered outside of Lux. For the first time in roughly 10 billion years, he feels something awaken deep within him as a result of this murder. Compassion? Sympathy? The very thought disturbs him — as well as his best friend and confidante, MAZIKEEN, a fierce demon in the form of a beautiful young woman.

The murder attracts the attention of LAPD homicide detective CHLOE DANCER, who initially is dismissive of Lucifer. But she becomes intrigued by his talent for drawing out people's secrets and his desire to dispense justice, doling out punishment to those who deserve it. As they work together to solve the pop star's murder, Lucifer is struck by Chloe's inherent goodness. Accustomed to dealing with the absolute worst of humanity, Lucifer is intrigued by Chloe’s apparent purity and begins to wonder if there’s hope for his own soul yet.

At the same time, God’s emissary, the angel AMENADIEL (DB Woodside, “Suits,” “24”), has been sent to Los Angeles to convince Lucifer to return to the underworld ... can the Devil incarnate be tempted toward the side of Good, or will his original calling pull him back toward Evil?

Some viewers may find distasteful any portrayal of Biblical characters in a manner that departs from what is set forth in scripture; others may consider intriguing and hopeful the speculative prospect of the devil's living among us in human form and potentially being inspired by the goodness of others to redeem his own soul.

A trailer for the series released on 11 May 2015 provides some insight into FOX's take on the Lucifer character: