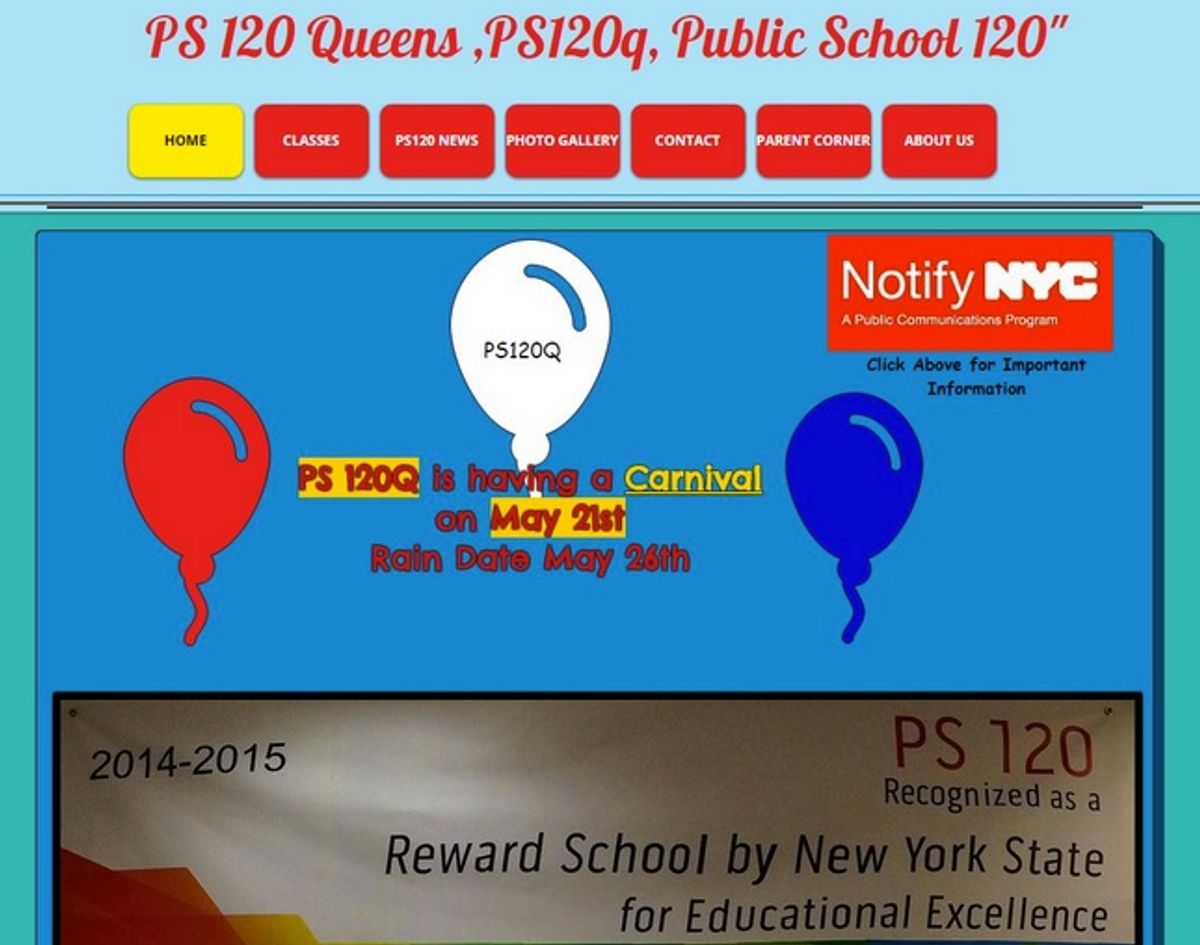 On 21 May 2015, PS 120 in Flushing, Queens hosted an end-of-year carnival for its students (aged Kindergarten through fifth grade). While celebrations of the sort are not unusual, an article in the New York Post prompted a high level of interest in the carnival and its handling.

On 24 May 2015, the paper published an article titled "No pay, no play! Poor kids banned from school carnival." According to the piece, the PS 120 carnival convened on school grounds during school hours — and students were required to pay a $10 admission fee to attend. The paper reported that approximately 900 students of PS 120 paid the fee and attended the carnival in small groups. However, about 100 of their classmates (whose parents were either unable to afford the fee or unaware of the event) did not. Instead, the disappointed children were reportedly confined to an adjacent auditorium to watch Disney films:


But more than 100 disappointed kids were herded into the darkened auditorium to just sit or watch an old Disney movie while aides supervised — the music, shouts and laughter outside still audible.

Kids whose parents weren’t able to pay the $10 admission fee sat out the carnival in the school’s auditorium.

The must-pay rule excluded some of the poorest kids at the elementary, where most parents are Chinese immigrant families crammed into apartments and “struggling to keep their heads above water,” staffers said.

“It’s breaking my heart that there are kids inside,” one teacher said.


On Thursday morning, Monroe used the school loudspeaker to remind teachers to send in a list of kids who did not pay.

Frank Chow, president of the parents association that sponsored the carnival, said Monroe insisted that kids whose parents didn’t pay could not partake.

“She was saying it’s not fair to the parents who paid,” Chow said. “You can’t argue much, I guess. The school is under her.” 
Meanwhile, the Department of Education vowed Sunday to investigate the incident, according to agency spokesman Jason Fink.

“We’re trying to get to the bottom of it and make sure there’s not a repeat,” he said. “It’s very unfortunate that when they actually have a chance to go out and act like children, they can’t.”

On 26 May 2015, the paper reported that Gary Pincus (of Send in the Clowns Entertainment, the company hired for the carnival) offered to host a free make-up event for the children who were reportedly excluded from the 21 May 2015 event. Pincus said he was unaware of the carnival's conditions, and added:


If I had known that there were kids not allowed to attend the carnival, I would have paid for them.

The school's principal has not yet commented on the controversy.