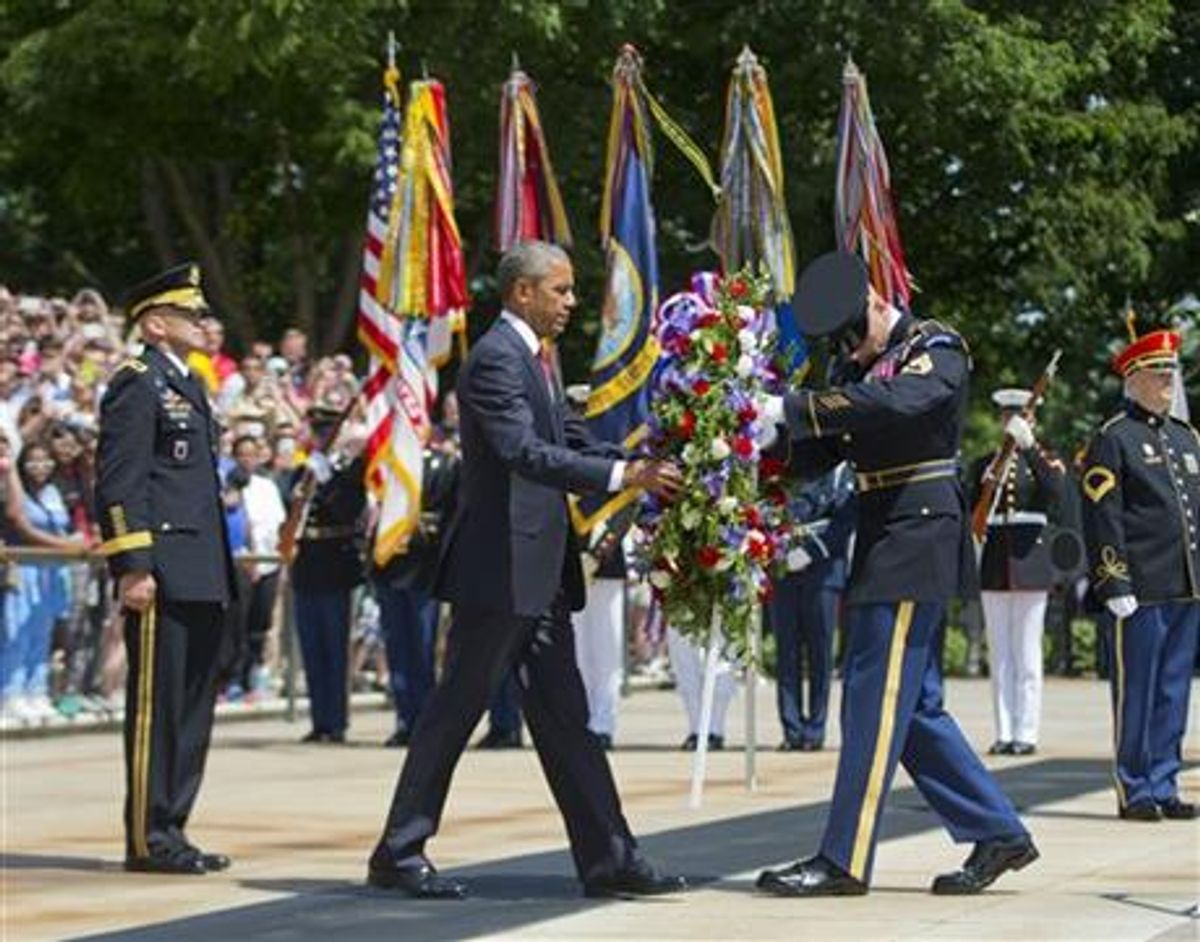 As is the custom on Memorial Day, President Barack Obama saluted Americans who died in battle, saying the country must "never stop trying to fully repay them" for their sacrifices and noting that 2015 marked the first Memorial Day in 14 years without U.S. forces involved in a major ground war.

Speaking under sunny skies to some 5,000 people on the hallowed grounds of Arlington National Cemetery, Obama called the burial place "more than a final resting place for fallen heroes."

"We honor the more than 2,200 patriots who made the sacrifice in Afghanistan," he said there. Earlier that day, troops still stationed there paused for a moment of silence in honor of those who lost their lives there.

The Arlington observance was among a host of Memorial Day events across the country featuring parades, picnics and tributes. Presaging the solemn event at Arlington was the roar of motorcycle engines throughout the capital the day before as thousands of bikers saluted veterans with the Rolling Thunder's "Ride for Freedom." That was followed by a concert of patriotic music in the evening evening and President Obama's private breakfast at the White House Memorial Day morning with representatives of veteran and military family service organizations, along with the Gold Star Mothers, Gold Star Wives, and Sons and Daughters in Touch. A Memorial Day parade was set for downtown Washington.

Obama traveled by motorcade from the White House to Arlington and began his appearance by laying a wreath at the Tomb of the Unknowns. He bowed his head briefly and listened with others to the playing of "Taps."

"Most Americans don't fully see, don't fully understand, the sacrifices of the 1 percent of the Americans who serve in this all-volunteer force," Obama said in his speech. "Our Gold Star families, our military families, our veterans, they know this intimately."

"Whenever I meet with our "Gold Star" families, as I did this morning, I see that their hearts are still broken, but still full of love," he said. "In the face of unspeakable loss, they represent the best of who we are."

Obama said the markers at Arlington signify the blessings enjoyed by "so many Americans."