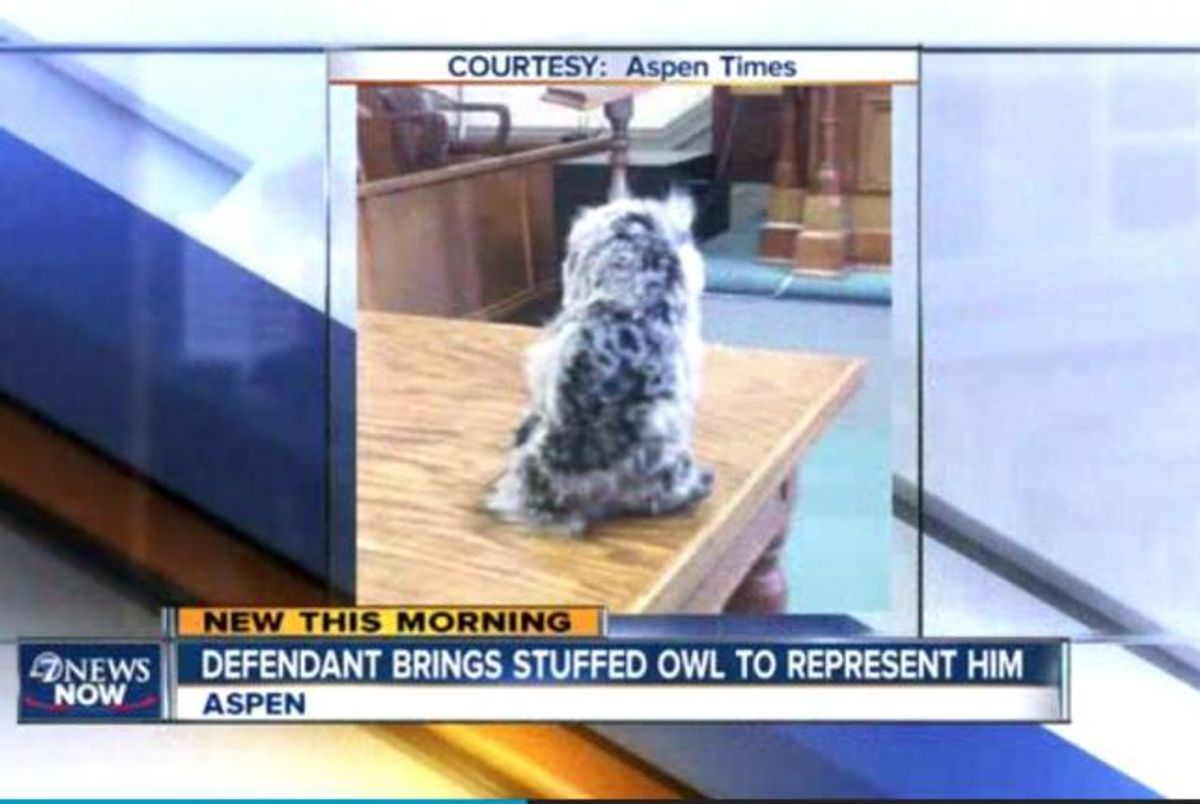 A Colorado man accused of violating a protection order brought a stuffed owl he said had "law degrees from Yale, Harvard and Stanford" to court to represent him.

Charles Abbott of Aspen, who was accused of violating a protection order taken out by his former roommate, Michael Stranahan, placed the stuffed owl on the table in front of him during his appearance in Pitkin County Court Judge Erin Fernandez-Ely's courtroom.

"He's a very sensitive guy, has law degrees from Yale, Harvard and Stanford," Abbott said. "I think he'll be able to represent me before a public defender comes online."

Abbott allegedly violated the protection order by going to Stranahan's home to retrieve his belongings. Stranahan, who said he was out of town when Abbott went to the home, accused Abbott of taking some of his property.

Judge Fernandez-Ely ignored the owl, which Abbott dubbed "Solomon," and asked Stranahan if he would be willing to amend the protection order to allow for mediation.

"I want it to remain in place because I don't feel safe about being in close proximity to Charles Abbott," Stranahan said.