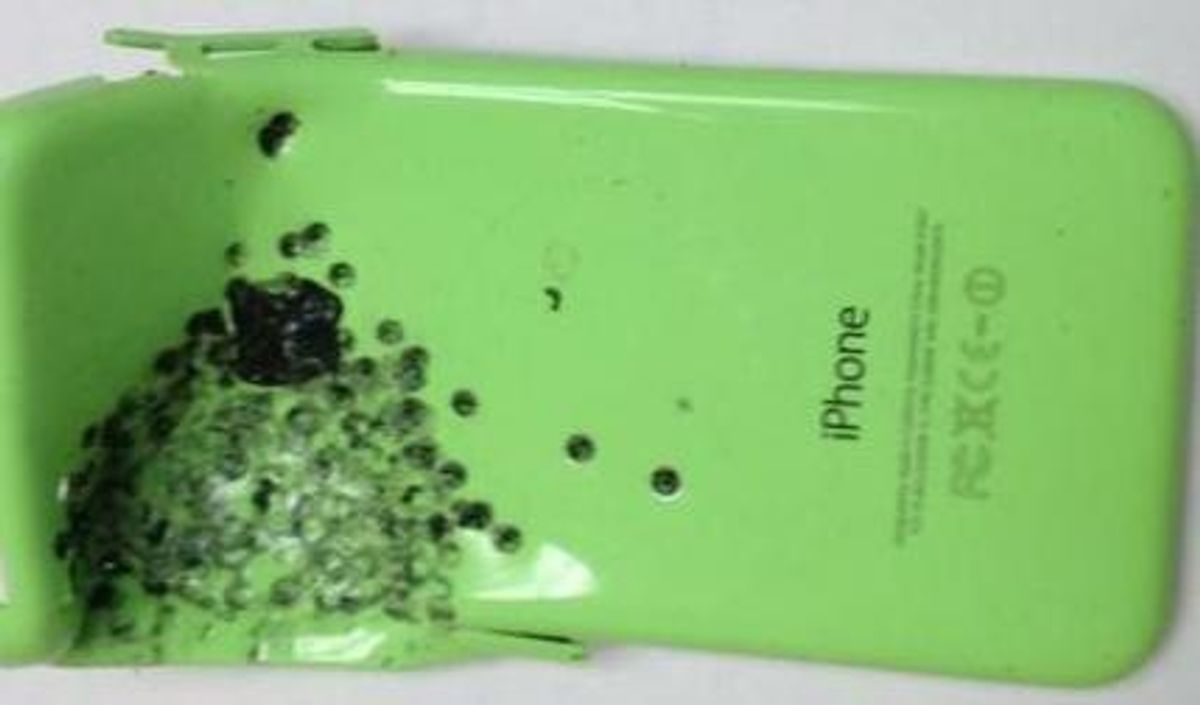 A British man has been convicted of attempted murder — but not full-out murder, because the iPhone of the victim he plugged with a shotgun absorbed most of the blast.

Ryan Duggan, 19, was convicted of attempted murder and possession of a firearm with intent to endanger life due to a 15 October 2014 incident that started with Duggan and several other youngsters congregating outside the St Michael's View block of flats. Duggan and the others were "behaving in an intimidating manner towards some of the residents" and turned off the water to the flats, with the latter action prompting the victim, 25-year-old resident Daniel Kennedy, to confront the group when he returned home from walking his dog around 8:30 PM.

Kennedy ended up chasing Duggan down a footpath and around the back of the building, whereupon Duggan stopped, turned to face Kennedy, and fired a sawed-off shotgun at him. Kennedy sustained serious injuries to his abdomen but managed to head back towards the block of flats, where he was attended by paramedics and taken to Aintree Hospital in a serious condition. A shotgun covered in plastic wrap was found by police hidden under a bush.

Detective Inspector Gary McIntyre, who led the investigation, noted that Kennedy's life was spared because his iPhone took the majority of the blast from the shotgun:

Duggan’s actions that night were extreme and shocking — the victim went outside to speak to the group about the fact they had turned off the water supply resulting in the defendant shooting him with a powerful weapon.

Fortunately, the victim's mobile phone took the brunt of the shot and, as a result of this, he survived. This is remarkable — had that phone not been in his pocket at that time he would undoubtedly have died.

Despite making good progress he still requires treatment for his injuries — including further operations and rehabilitation. The nightmare is far from over.