Viral TikToks alleged that educators can secretly listen in on students whose microphones are supposedly turned off. 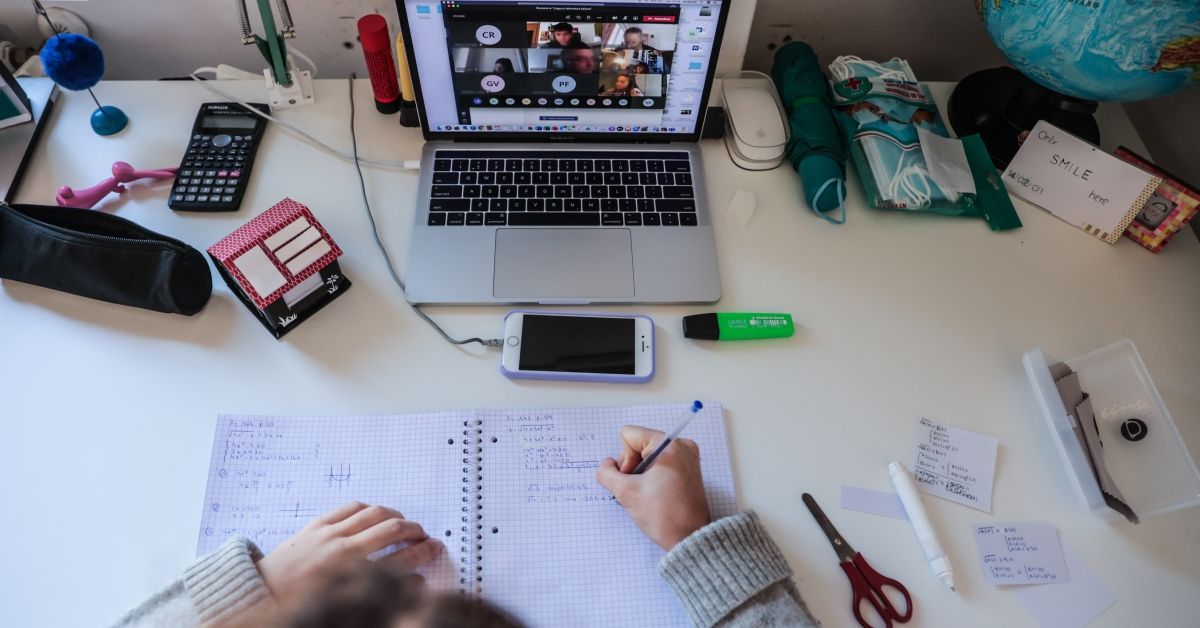 Claim:
Zoom allows hosts of meetings, such as educators, to hear participants whose microphones are turned off.
Rating:

In early 2021, Snopes became aware of viral TikTok videos that alleged school administrators or teachers could use a special Zoom feature that allowed them to hear students even when their computer microphones appeared to be turned off or muted.

Over the course of months, TikTok user @shokshooter posted a series of videos perpetuating the conspiracy theory, including footage that he framed as interactions between him and teachers on the video chatting service with his account's "mute" feature turned on. By enabling the mute setting, Zoom users are supposed to be able to block all in-person audio or background noise from interrupting the virtual get-together. The TikTok user, whose identity remained unknown, posted a video on Feb. 10 that alleged he had the below-displayed Zoom conversation with someone he claimed to be his teacher while his microphone was supposedly turned off.

Alleged teacher: Are you still here?

Alleged teacher: Did you need something?

Alleged teacher: I can't discuss that.

@shokshooter: OK, well you do. Can you tell me how that works, because it kind of seems fishy?

Alleged teacher: I have another class I need to get to. We can discuss this another time.

The TikTok user framed his videos as evidence of some kind of program or feature that allows authority figures such as teachers to secretly listen in on Zoom users whose computer screens showed a red line through a microphone symbol in the corner, supposedly meaning their microphones are "muted."

The alleged teacher in the Feb. 10 video remained unknown.

We reached out to @shokshooter's TikTok and Instagram accounts — both of which display the moniker "Mic Mute Man" — to discuss the allegations he made in the videos, but we have not received a response. We will update this report when or if we do.

To investigate the underlying claim, however, we sought any evidence of a feature or application that allowed certain Zoom users to hear all meeting participants, regardless of their microphone or audio settings.

As the host or co-host in a meeting, you can manage your participants, including muting and unmuting participants to manage background noise and distractions. All participants can also mute or unmute themselves, unless the host has prevented them from unmuting.

In other words, the video chatting service gives hosts (the users who schedule the virtual meetings and invite others to join) the authority to determine how all other participants can use their microphones.

The hosts can turn people's mics off — muting them — involuntarily, or they can choose options that allow participants to decide the audio setting for themselves throughout the meeting.

So while the technology allows teachers, presumably hosts of Zoom classes, to mute students, the web service's guidelines explicitly state that such users cannot unmute participants without their approval first, due to laws governing communication privacy.

Let us note here: At the start of, or throughout, meetings, hosts can turn people's mute setting off — allowing their voice or background noise to be heard — only if the participant previously granted consent for that action. See the below-displayed example of that question to Zoom users, which Snopes obtained via its Help Center.

In the viral TikTok videos, however, the narrator not only alleged the presumed hosts of his Zoom meetings unmuted him against his will, but also that his view of the video chatting service showed his microphone turned off.

We reached out to Zoom to ask if it offered any features or programs to which users could subscribe that enabled them to hear meeting participants whose screens showed them muted. Matt Nagel, a spokesperson for the company, responded to our question via email:

The answer is no, and it's unfortunate that people appear to be fabricating video footage and spreading misinformation to the contrary. Zoom takes security and privacy very seriously. We do not offer the ability, or a separate plan, other software, or any other means to secretly unmute and listen to others.

In sum, while the exact motivation or circumstances of @shokshooter's videos remained unknown — they could have been prerecorded Zoom meetings that he framed as live interactions with teachers, or he may have used mute-unmute keyboard shortcuts and video editing to make his claim — their allegations were not true.