Was a Rare 'Zonkey' Born in Kenya?

The hybrid reportedly was born after a zebra wandered into a community and lived with domestic animals. 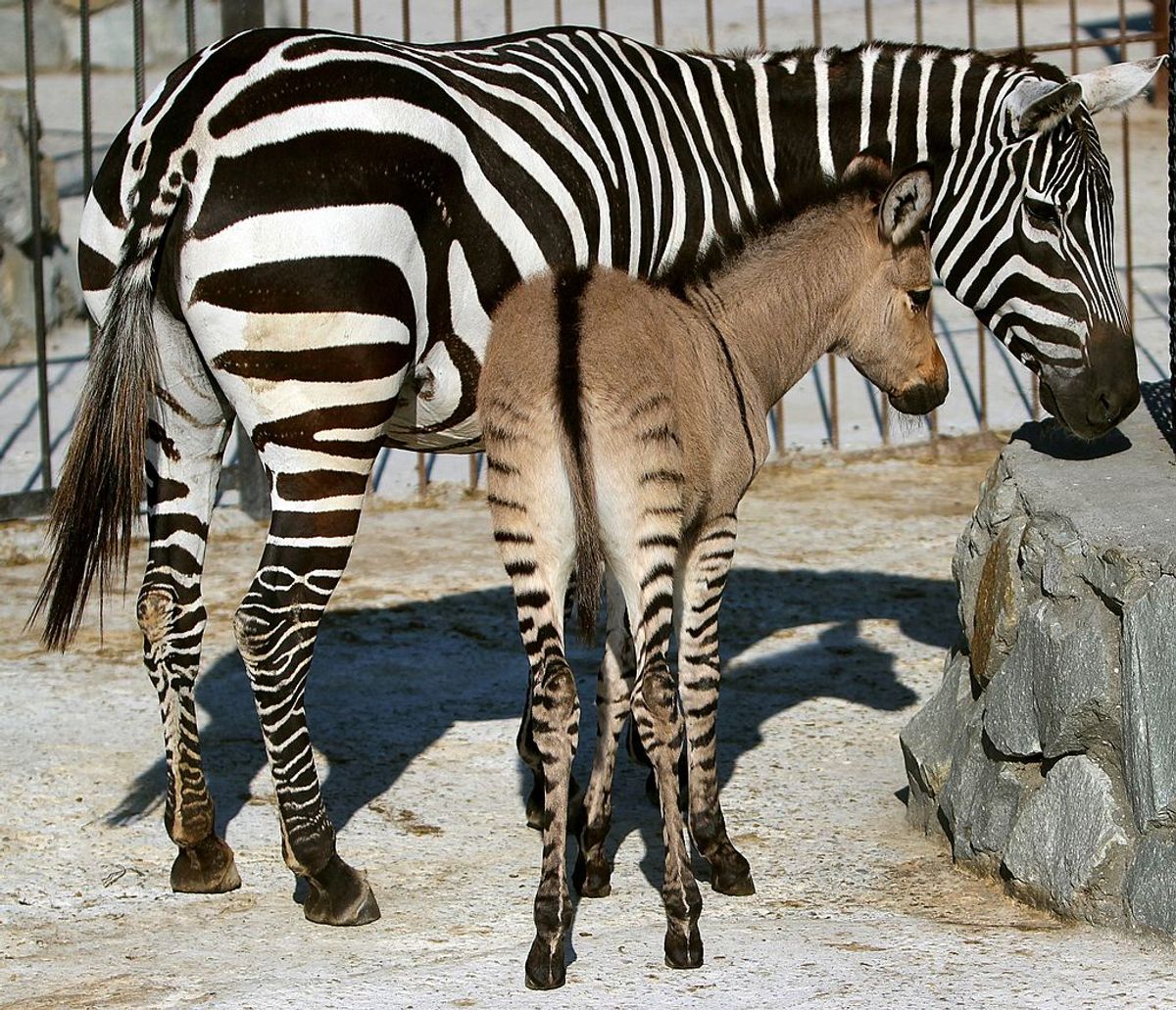 Claim:
A rare "zonkey," or zebra-donkey hybrid, was born in Kenya.
Rating:

In April 2020, the conservation group Sheldrick Wildlife Trust made a charming announcement: a "zonkey," or zebra-donkey hybrid, had been born at Chyulu National Park in Kenya.

According to the conservation group's announcement of the birth, the foal's mother wandered out of Tsavo East National Park during spring 2019 into a nearby community, and joined up with a heard of domestic cattle. She stayed there for weeks. But once the story hit the news, conservationists were asked to intervene.

The mare was sedated and moved to her new home at Chyulu National Park, where she was frequently spotted at a watering hole, taking advantage of a salt lick.

But in the early months of 2020, she was seen with an unusual-looking foal tagging along. As Sheldrick Wildlife Trust put it:

Earlier this year, our fence maintenance team caught a glimpse of the zebra with a tiny foal by her side. It wasn’t until several weeks later that we finally got a proper sighting of the pair — and that was when her birth announcement revealed a whole new, surprising twist. While zebra foals are born with white and brown stripes that eventually turn black, this little one’s body was suspiciously light on stripes and overwhelmingly tawny in color. At first, we thought that it had just been wallowing in the mud bath, but then the truth dawned on us: Our wayward zebra had given birth to a zonkey!

According to the conservation group, zonkeys are a rare hybrid between a zebra and a donkey, hypothesizing that the zebra had probably mated with a donkey in 2019 while she lived with domesticated animals in the community outside the park.

"The zonkey combines the sturdy body of its donkey sire and the striped legs of its zebra mother, which makes for a striking creature. While it should otherwise lead a normal life, zonkeys are mules, meaning that it will be unable to successfully breed once it reaches maturity."