Is This a Real Pic of Zelenskyy in LGBTQ Pride Parade? 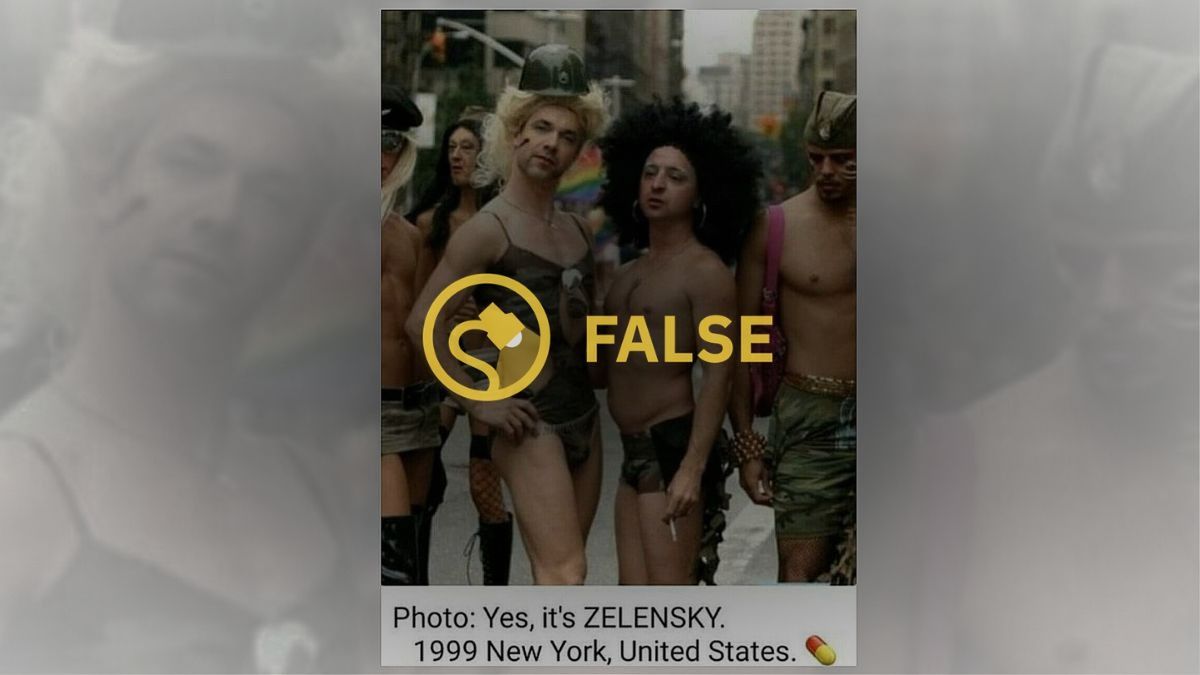 In the latter half of 2022, a doctored photograph purporting to show Ukrainian President Volodymyr Zelenskyy participating in an LGBTQ Pride parade wearing nothing but short shorts and a gigantic Afro hairdo circulated on social media. Although the face of the person alleged to be Zelenskyy does resemble him, however, he did not appear in the original, unmanipulated picture. This is an example of the edited photograph as posted on Twitter: 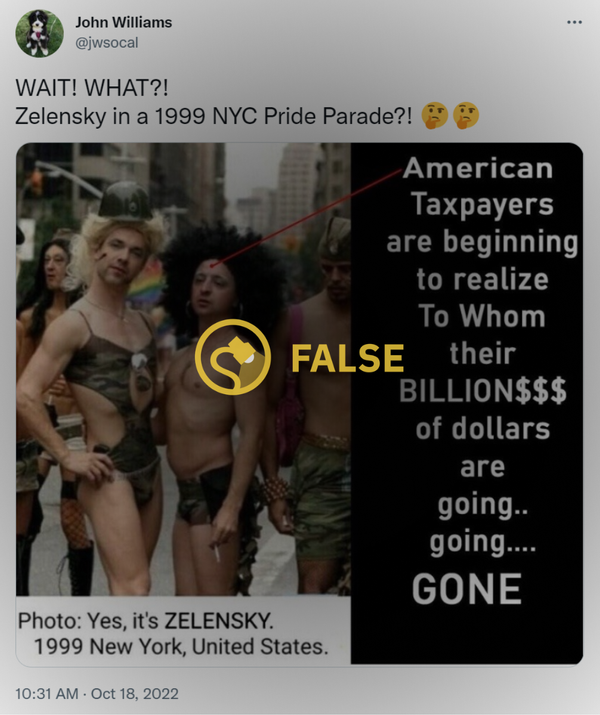 This is a cropped version of that edited photo, showing what appears to be Zelenskyy's face superimposed over that of the original subject: 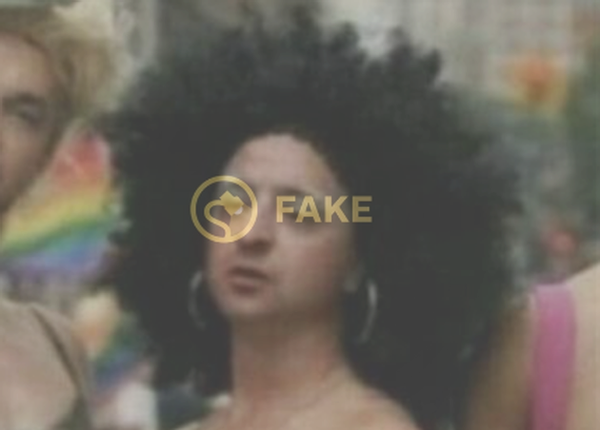 A reverse-image search reveals that the original photograph was taken by Thomas Hobbs in 2006 and posted by the photographer on Flickr. Though the identity of the subject in question wasn't specified, it is clearly not Volovymyr Zelenskyy. 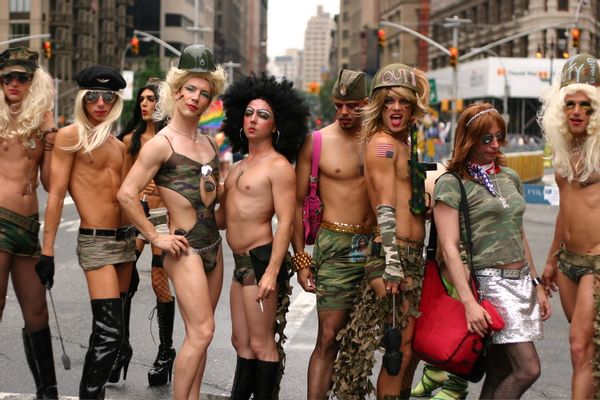 Previous Article
Next Article
Article 2 of 13 in Collection