Does the Flag Zelenksyy Gave to US Congress Contain Nazi Symbolism?

The number 46 does not, in fact, have anything to do with Nazism. 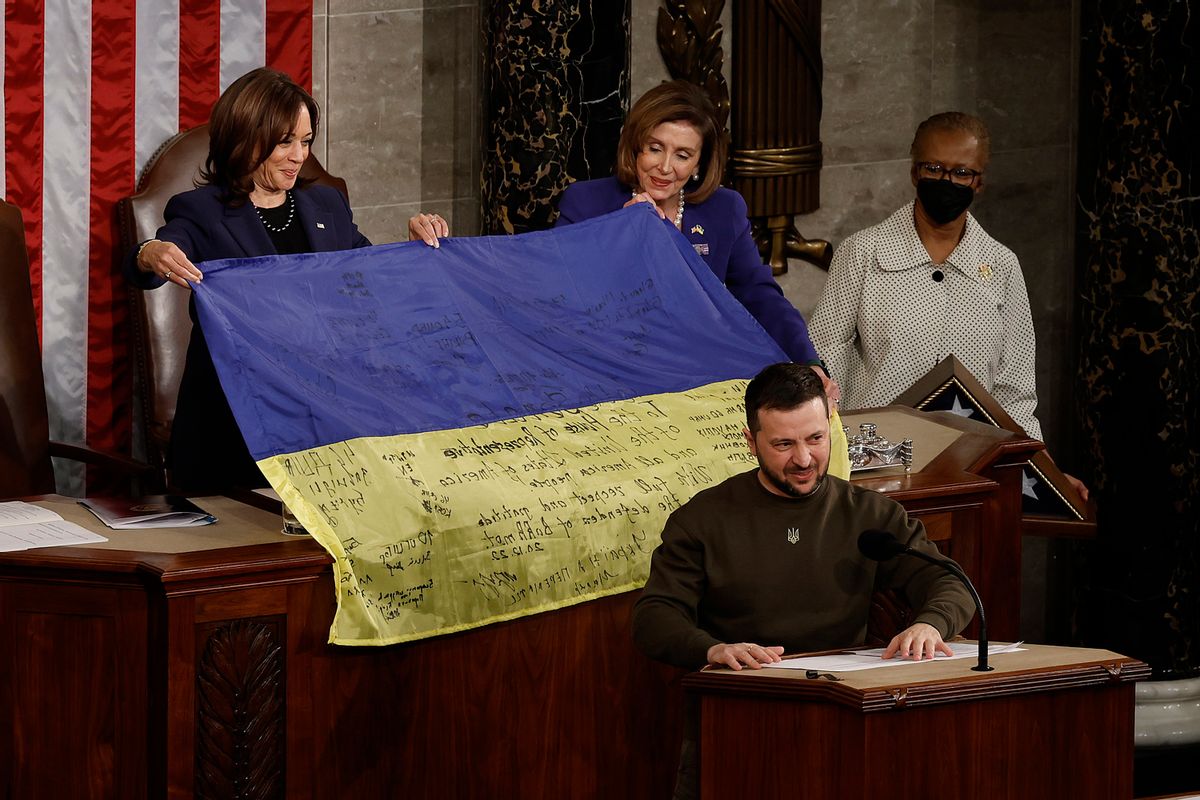 The text in question says "46 ДШВ" and likely refers to Ukraine's 46th Separate Airmobile Brigade, which was awarded national honors by President Zelenskyy on Dec. 6, 2022.

On Dec. 21, 2022, Ukrainian President Volodymyr Zelenskyy addressed a joint session of Congress about Ukraine's ongoing fight to liberate the country from Russian occupation. During that speech, he gifted a Ukrainian battle flag to U.S. House Speaker Nancy Pelosi and Vice President Kamala Harris. He described the gift this way:

When I was in Bakhmut yesterday, our heroes gave me the flag, the battle flag, the flag of those who defend Ukraine, Europe and the world at the cost of their lives. They asked me to bring this flag to you, to the U.S. Congress, to members of the House of Representatives and senators whose decisions can save millions of people.

So, let these decisions be taken. Let this flag stay with you, ladies and gentlemen. This flag is a symbol of our victory in this war. We stand, we fight and we will win because we are united — Ukraine, America and the entire free world.

Following the speech, tenuous claims that someone had inserted Nazi symbolism into the flag appeared on social media: The image above is rotated horizontally as the text displays backwards in the original image. Below is a closer image of that section from a separate photo that has also been rotated in the same fashion: 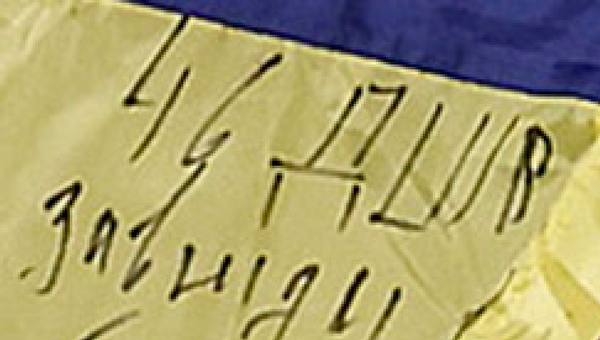 The text interpreted as "SS" is clearly the number "46," followed by the Cyrillic characters "ДШВ." This is consistent with Zelenskyy's description of the flag and the signatures on it, as "46 ДШВ" is shorthand for "46 окрема десантно-штурмова бригада," or the 46th Separate Airmobile Brigade. As described in Forbes, this unit has been an integral part of the Battle of Bakhmut referenced by Zelenskyy:

The Ukrainian brigades in and around Bakhmut—the 60th and 71st Infantry Brigades, the 24th, 57th and 58th Mechanized Brigades, the 4th Tank Brigade, the 46th Air Mobile Brigade, the 128th Mountain Brigade and others—represent the best of Kyiv's active army, which in 10 months of hard fighting has bulked up with new and heavier weapons while also translating extensive battlefield experience into better tactics and small-unit leadership. [...]

The battle for Bakhmut is ongoing. Wagner attacked—again—last week. The Ukrainian counterattacked—again—this week. By Wednesday the front lines were stable enough for Zelensky to drop into Bakhmut for a quick visit with the local garrison. A day later, Zelensky was en route to Washington, D.C. to address the U.S. Congress.

On Dec. 6, 2022, president Zelenskyy signed a decree commending the units' "courage and heroism shown during the defense of state sovereignty, independence, and territorial integrity of Ukraine."

Because the figure does not show Nazi SS runes, the claim is "False."

About Being Awarded the Honorary Award "For Courage and Courage." https://www.president.gov.ua/documents/8372022-45157.