A report of lava gushing out of geysers at Yellowstone National Park following a string of nearby earthquakes is fake news. 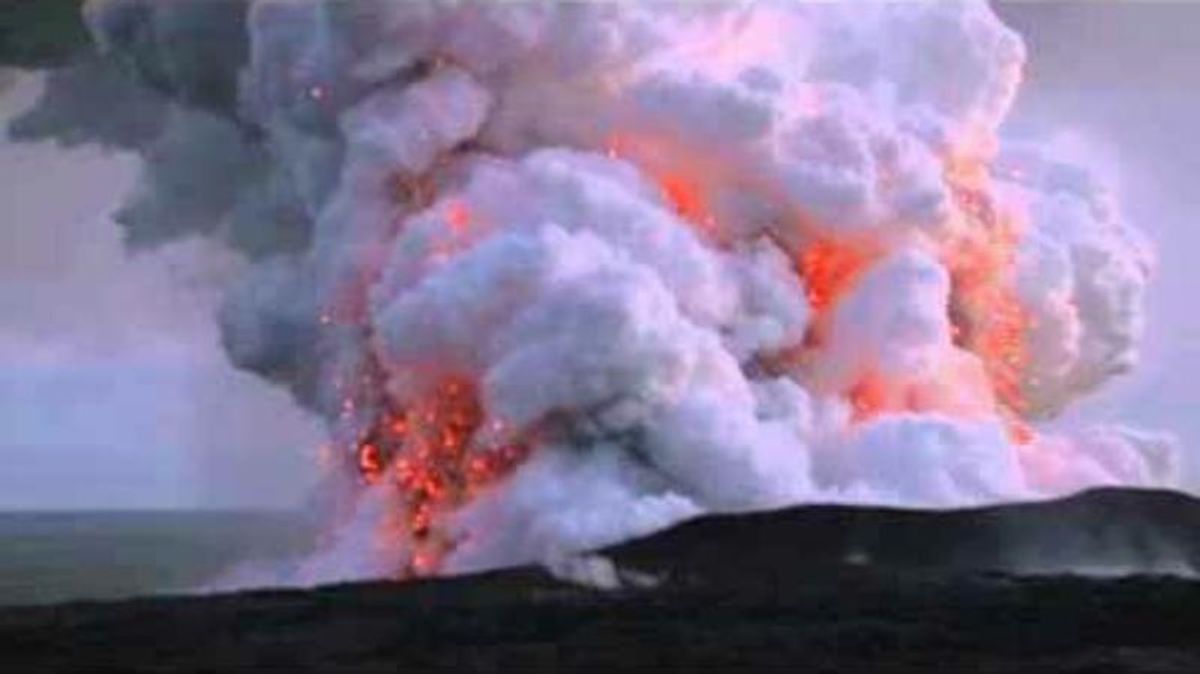 Claim:
Photograph shows lava that came gushing out of geysers at Yellowstone National Park following a string of nearby earthquakes.
Rating:

On 7 July 2017, the "Casper Planet" Facebook page published a post stating that lava has shot out of one of the geysers in Yellowstone National Park after a string of earthquakes hit the surrounding area:

For the first time in recorded human history, lava has shot out of one of the geysers in Yellowstone National Park. This following directly after a string of earthquakes in Montana and very rural Wyoming. Geologists, NASA and an oil rig drilling crew are already on scene to document this never recorded event and try to find the cause. We will continue to update you with more information as it surfaces. This item was not true, nor was it reported by any legitimate news outlet.

Although a magnitude 5.8 earthquake did rock southern Montana on 6 July 2017, with its epicenter only 230 miles from Yellowstone National Park, that phenomenon did not trigger a feared supervolcano event, nor did it cause lava to come gushing our of geysers at the famed wilderness area.

Moreover, the image that accompanied this report did not originate with anything occurring at Yellowstone National Park. It is a screen grab taken from a video shot by the University of Hawaii's Center for the Study of Active Volcanoes (CSAV) showing lava entering the ocean at Kalapana in July 2008 (watch for it around the 0:42 mark):