Does a Video Show a Real Yellow Turtle?

The lemon-hued reptile looks like something straight out of a sci-fi movie. 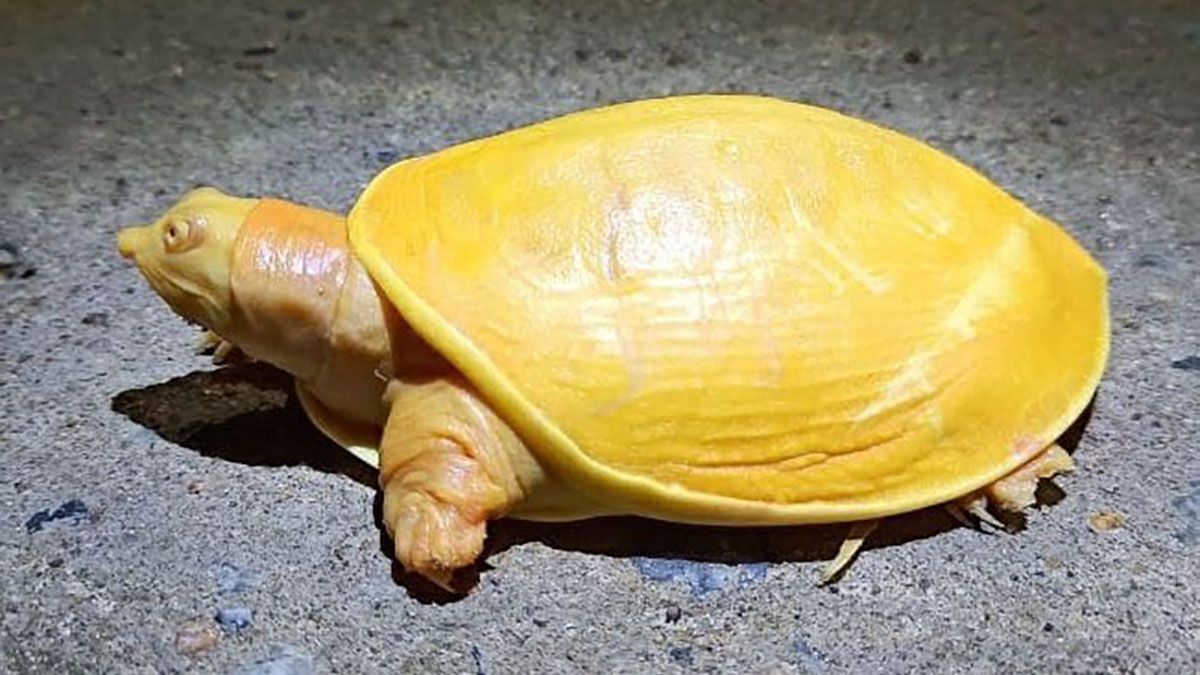 A viral video shared to Twitter in July 2020 showed a scuttling lemon-hued turtle that was reportedly rescued by residents of a village in southeastern India.

Snopes' readers asked us to verify and indeed the video is real.

Asian News International reported that the turtle was “rescued” by locals in the southeastern Indian state of Odisha on July 18, 2020. The individuals then notified the Indian Forest Service (IFS). Susanta Nanda, who works with the agency, wrote on Twitter that the turtle’s visibly pink eye is indicative of albinism, a rare inherited disorder.

Albinism is a genetic condition that results in a reduction or the complete absence of melanin, the pigment responsible for coloring in the skin and eyes, according to the National Organization for Albinism and Hypopigmentation. In mammals — including humans — the Mayo Clinic notes that different mutations in melanocytes, the cells that produce melanin, can result in different types of albinism. This lack of pigment allows for the retina to be seen through the iris and can make the eyes appear red or pink.

Albinism has also been observed in reptiles, birds, amphibians, and even insects. Although nearly any vertebrate animal can inherit albino genes, the condition is thought to present differently in reptiles and birds. In September 2017, about one in four recently hatched green sea turtles from one clutch were recorded by scientists as albino and described in the Marine Turtle Newsletter. Researchers noted that in birds and snakes, albinism is an “autosomal recessive trait” and a similar genetic process is believed to also occur in sea turtles. Recessive traits result from genes that must be contributed by both parents in order to be expressed in their offspring.

Despite their Twitter-friendly appearance, albino turtles probably suffer high mortality rates as they are unable to effectively camouflage in their environments and are more likely to suffer from other health defects associated with the condition.

Snopes contacted both IFS and Nanda to determine whether the yellow turtle was released, as other media outlets reported. We'll update when we hear back.