Is WWE Being Sold to Saudi Arabia’s Public Investment Fund?

The professional wrestling organization has had some leadership shake-ups. 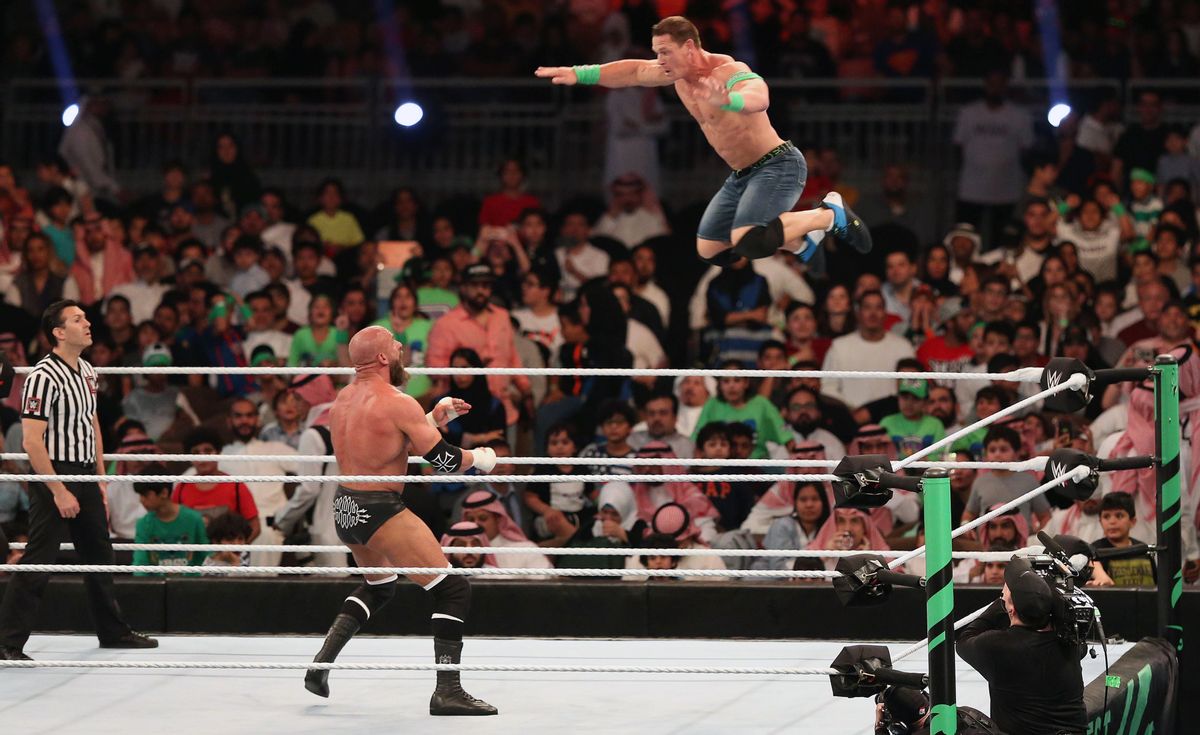 Image Via STRINGER/AFP via Getty Images

As World Wrestling Entertainment (WWE) Chief Vince McMahon returned as chairman of the company in January 2023, just months after retiring following sexual harassment allegations, many speculated about the future of the professional wrestling juggernaut. Rumors even circulated that WWE was going to be sold to the sovereign wealth fund of Saudi Arabia, also known as the Public Investment Fund (PIF), which would subsequently make WWE a private company.

So far, we have no real confirmation that such a sale is taking place. We have reached out to WWE to learn more and will update this story accordingly.

But tabloid TMZ claims that the company has not been sold to Saudi Arabia, even as rumors circulated that McMahon secured a "massive payday" for handing over the company to the nation.

According to CNBC, McMahon's return is to help facilitate a sale of the company, and WWE had hired JPMorgan to advise it in the process. CNBC also reported that legacy media, streaming giants, and entertainment holding companies could all submit bids. Any potential sale would likely take place before mid-2023, which is when television-rights renewal deals were being negotiated.

Sports journalists also tweeted out that there was no such deal, and the original tweet claiming as such had been deleted:

Saudi Arabia's monarchy has a long history of human rights violations, including the suppression of women's rights activists and critics of the royal family. Many have speculated that the Crown Prince Mohammed bin Salman ordered the killing of journalist Jamal Khashoggi at the Saudi embassy in Istanbul, Turkey, in 2018.

Many online wondered about what a sale to Saudi Arabia could mean for women and LGBTQ wrestling talent.

We should note that WWE already has a pre-existing, 10-year deal with Saudi Arabia to hold wrestling competitions in the kingdom, which were part of an effort by Saudi sports authorities to increase sports initiatives and events. Indeed, rumors about the WWE have increased accusations of "sportswashing," which many argue involves the country spending billions of dollars on high-profile sports and entertainment events to distract from their human rights violations.

At this moment, however, we do not have enough available information. While some journalists have claimed the WWE rumor is false, we will await a response from the group. For now we rate this claim as a "Research in Progress."