Is This the German Title of Bob Woodward's 'Rage'?

The book, published in September 2020, is the veteran journalist's second book about Trump's presidency. 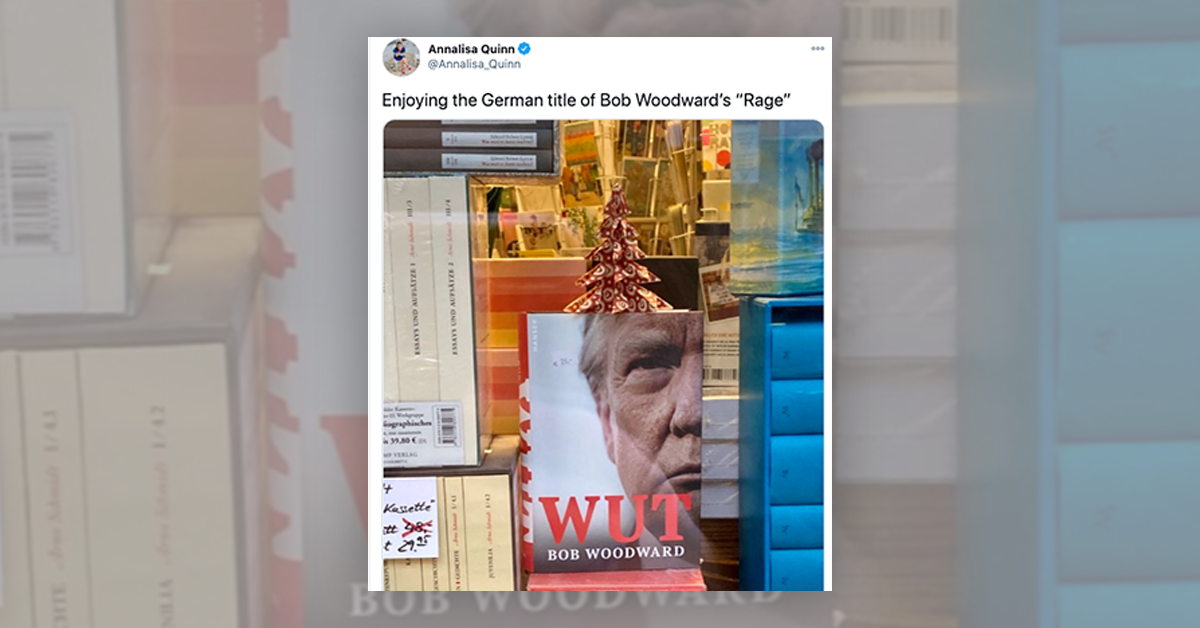 On Sept. 15, 2020, Simon and Schuster released Bob Woodward's second book about the Trump administration, titled "Rage." An unflattering portrait of U.S. President Donald Trump's handling of racial unrest, North Korean diplomacy, and COVID-19, it was an international bestseller translated into several other languages. One of those languages was German, whose word for rage is "wut."

As "wut" happens to be popular internet slang, "used in response to an unclear or absurd statement when seeking to clarify it or expose said absurdity” according to Urban Dictionary, the image of the German translation was humorous to many online: This is, indeed, what the German edition of Woodward's book looks like. As such, the claim is "True."