A photograph purportedly showing "the world's cutest rodent" is a felt doll, but its real counterpart does exist. 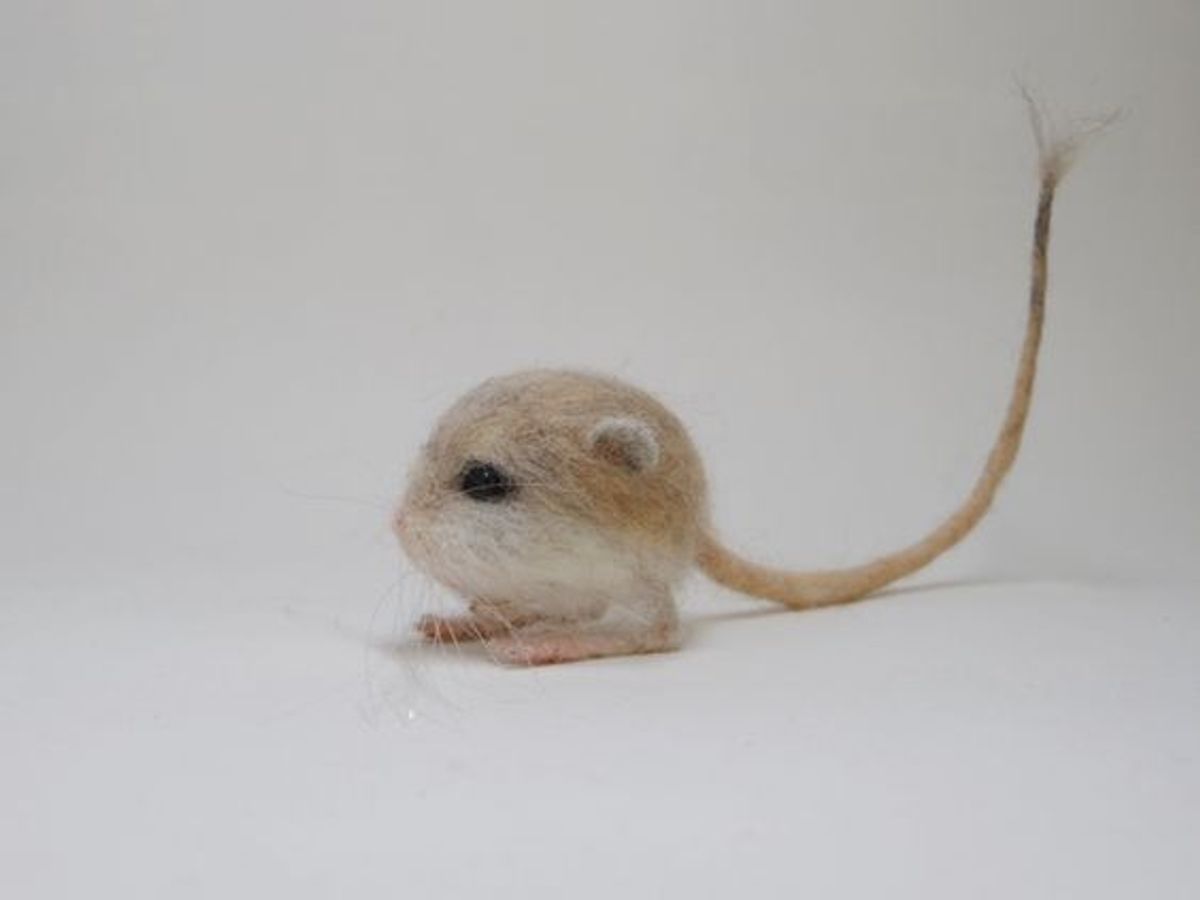 The Baluchistan pygmy jerboa exists (and is widely described as "very cute.")

A widely-circulated photo purporting to be of the "world's cutest rodent."

On 18 February 2016, the web site The Cutest published an article about the "world's smallest & cutest rodent," also known as the Baluchistan pygmy jerboa. While the article did describe a real (and very cute) animal, also known as the Dwarf Three-Toed Jerboa, the lead image in that particular article featured a felt doll:

While we have not been able to determine the exact origins of the above-displayed image, it has been featured in several Pinterest collection of "realistic felt animals" and featured in a gallery of felt creations on the web site of a company called Heidifeathers. The photo is typically accompanied by a description of how the doll was created:

While the above image does not show a real animal, the article on The Cutest accurately reports that the real Baluchistan pygmy jerboa was named the smallest rodent in the world by the Guinness Book of World Records in 2010:

A video shows the actual pygmy jerboa, which looks quite a lot like its felted counterpart: