Did a Group Set New Record for World’s Longest Charcuterie Board?

The meat and cheese table was said to measure 315.3 feet long. 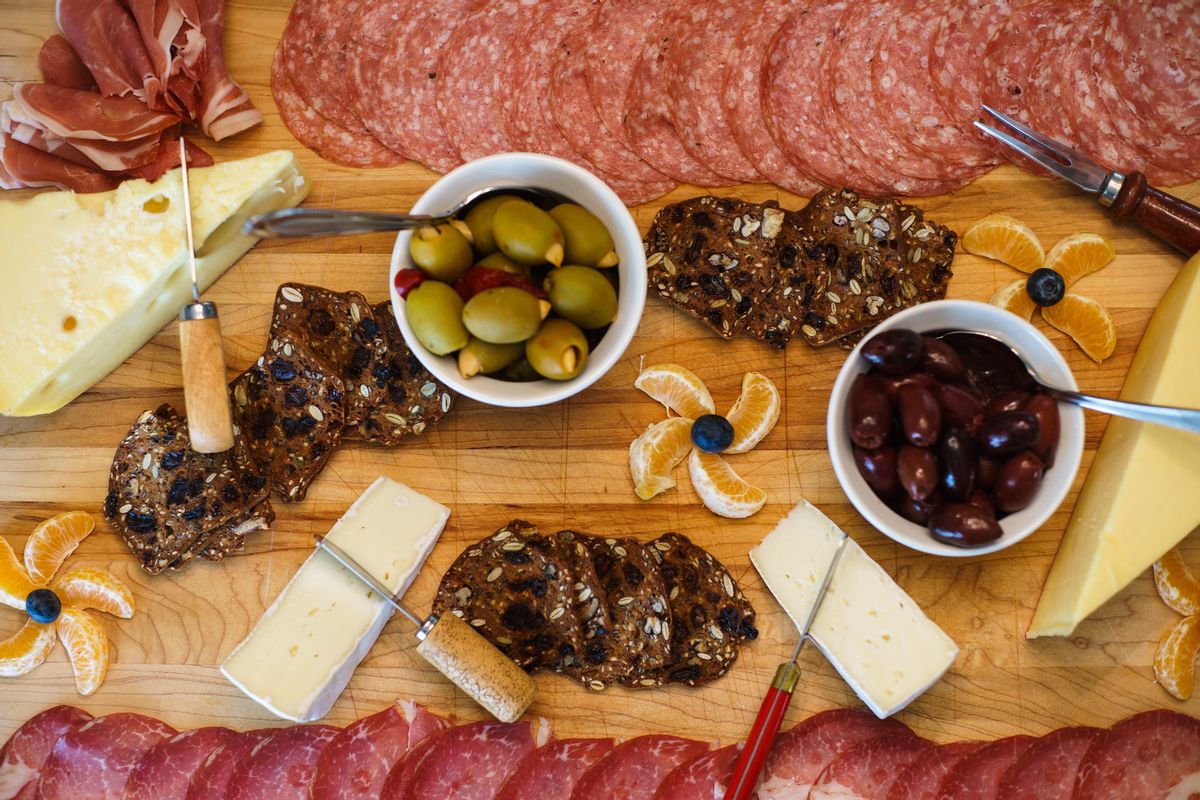 One group of New York foodies set out to cheese the day in late September 2021 by shattering a new record for the world’s longest charcuterie board. The 72,000-member strong Facebook group 315 Foodies, an homage to Central New York’s food scene, constructed a 315.3-foot-long charcuterie board on Sept. 26 in Veterans Memorial Park in Little Falls, New York.

"It was great. I mean it was so chaotic this morning, there were a million different things going on, a lot of moving parts, but at the end of the day, we broke the record, 315 Foodies, 315 owns the record for the largest charcuterie board. I think it'll be a long time before this is broken because this is a hell of a project," Preston Moore, co-founder of 315 Foodies, told WKTV, a local New York news station.

The 2021 charcuterie board is said to more than double the Guinness record set by the Chicago-based food and beverage company Dassantial in 2019. With over 400 pounds of meat, cheese, and other items, the 150-foot charcuterie board took two people and 24 hours to create.

But does the New York charcuterie board in fact set the record for longest in the world, ousting the previous record set at 150-feet?

That is not true. We looked through the Guinness World Records press center, news channel, and verified Twitter account, but did not find an official statement announcing record-breakers. In an email to Snopes, a spokesperson said that "after researching within our database, I can confirm that Datassential currently holds the Guinness World Records title for the Longest charcuterie platter/board."

Would-be record-setters must submit a proposal that is reviewed against the Guinness database of records, after which point a contender is sent a record title and list of guidelines. A typical application can take up to 12 weeks and it is unclear whether the charcuterie record had been accepted.

Though the charcuterie board measured more than double the previous record set in 2019, Guinness World Record has not officially confirmed the new record. Snopes will update the article if and when we receive official confirmation of a new record being established.

Regardless of official record designation, the charcuterie board did not go to waste. Spectators were able to buy tickets and join in on the foodie fun by sampling meats and cheeses featured on the record hopeful.

Update [Oct. 5, 2021]: Rating was updated from "Unproven" to "False" after receiving official confirmation from Guinness.