Did Workers Spot a Giant Snake with a Massive Bulge?

The story told of a veterinarian who supposedly cut into a giant anaconda at a construction site and found something inside its body. 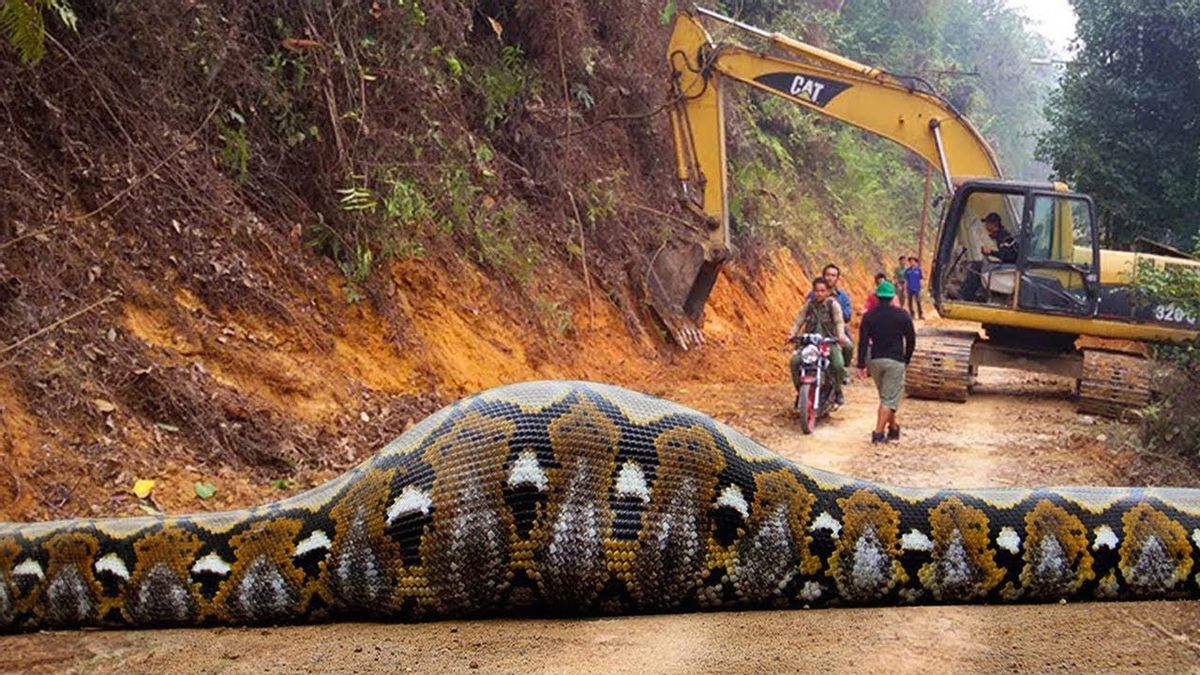 An ad claimed that workers spot giant snake and you won't believe what they found inside. (Image Via Richouses)

Claim:
Workers spotted a giant anaconda and couldn't believe what they found inside.
Rating:

In November 2021, and perhaps long before, a story had been advertised on various websites that claimed: "Workers Spot Giant Snake, You Won’t Believe What They Found Inside!" This was highly misleading.

The ad showed quite the photograph. As some readers might have guessed, this picture was doctored. The lighting and resolution of the "giant snake" and the background with workers and other people did not match. We weren't able to uncover the origins of the background photograph with the Cat construction vehicle. However, we know for sure that the snake was added using digital editing software.

The same image was also used in misleading YouTube thumbnails by two verified YouTube channels: The Finest and Missing Files.

We clicked the ad to see if there was any truth to the story. It led to a 54-page slideshow article with "Next Page" buttons. The first page read:

Workers Spot Giant Snake - You Won’t Believe What They Found Inside!

When a giant anaconda shows up at a construction site, the workers can quickly determine that something is wrong with it. It is moving extremely slowly and has a giant unnatural bulge on its body. When a veterinarian cut the animal open revealing what was causing the bulge, nobody could believe it.

How did the snake even find this so deep in the rainforest?

After 48 pages, page 49 finally revealed the object that the veterinarian and workers discovered was supposedly stuck inside the giant snake. It was a cooler filled with perishables, including meat. The story described it as a "coolbox," likely because this website was created somewhere other than the U.S. The workers supposedly left the cooler outside of the truck because of its bad smell.

We found no record of this ever having happened. Some readers might be reminded of a previous story that told of a blue soccer ball being found inside the belly of a "giant crocodile." Both misleading slideshow articles followed the same format.

In sum, not only was a picture of workers spotting a giant snake not real, but a story laid out over 54 pages also contained no truth.