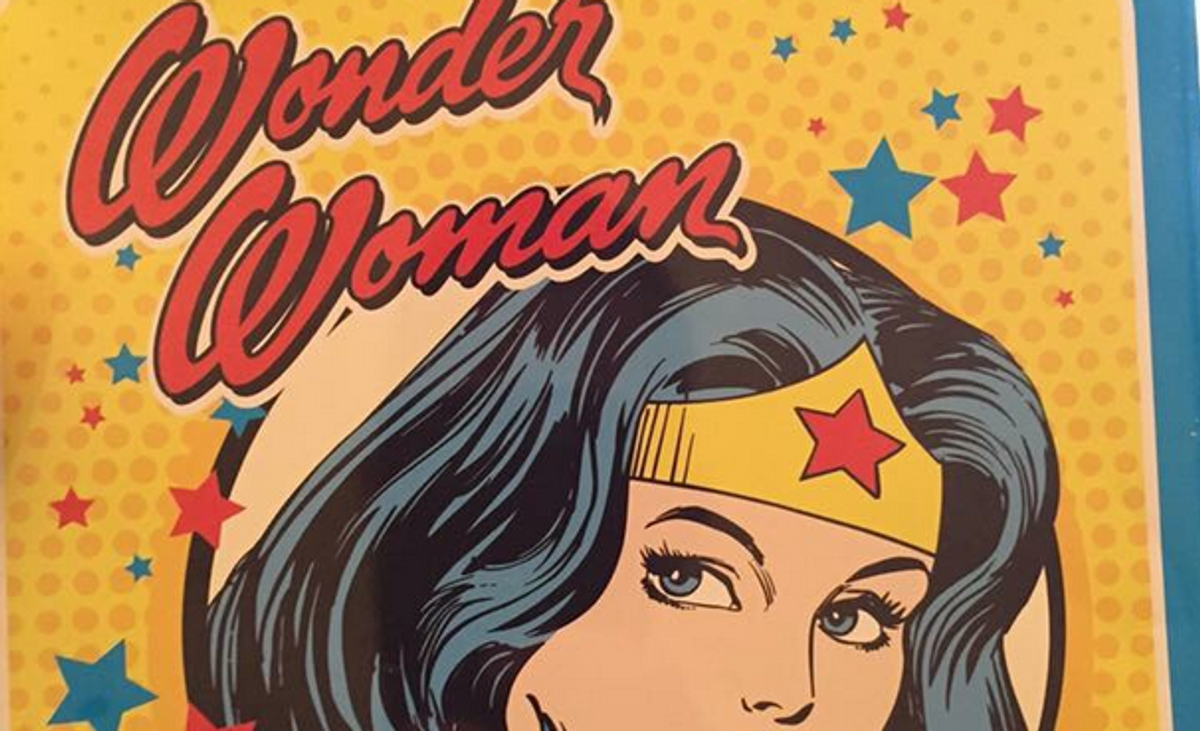 FACT CHECK: Was a young girl's Wonder Woman lunchbox described as being "too violent" in a school's letter to parents?

Claim:   A young girl's Wonder Woman lunchbox was described as "too violent" in a school's letter to parents.

Wonder Woman lunchbox deemed too violent for little girl to bring to school? This has been popping up everywhere, with a copy of the letter allegedly sent to the parents. Seems TOO bizarre to be true!

Origins:   On 25 August 2015, a Reddit user (who has since deleted either their account or the post from their history) published a thread titled "Letter a friend of mine's daughter received from school today. Her Wonder Woman lunchbox features a violent super hero that does not comply with the school's dress code. Pictures of the lunchbox are also attached." Alongside the link was the Imgur gallery embedded above, which included photographs of the purported letter and the lunchbox in question.

We noticed that Laura has a Wonder Woman lunchbox that features a super hero image. In keeping with the dress code of the school, we must ask that she not bring this to school.

The dress code we have established requests that the children not bring violent images into the building in any fashion — on their clothing (including shoes and socks), backpacks and lunchboxes. We have defined "violent characters" as those who solve problems using violence. Super heroes certainly fall into that category.

Please refer to the dress code section of the School Handbook.

Your cooperation with our dress code will be appreciated.

Naturally, the benign visage of Wonder Woman being described as "violent" the letter (invoking the specter of political correctness run amok) agitated social media users. The story was quickly picked up by web sites such as Uproxx and The Mary Sue, the latter of which lamented:

But this lunchbox has a picture of Wonder Woman’s face on one side, and on the other a full-body picture of her flying while extolling her beauty and wisdom. Two very non-violent qualities. What’s more, she’s holding her Lasso of Truth, which she never uses as a weapon.

However, even more nonsensical is their blanket ban on “violent characters” who “solve problems using violence,” when anyone who’s ever actually picked up a comic book knows that most superheroes 1) turn to violence as a last resort, and usually in self-defense, or when the lives of others are in danger, 2) don’t want to kill anyone, and 3) often have other skills that make them so “super” and are worth looking up to (Batman’s power of deduction, Superman’s belief in humanity, Wonder Woman’s love of peace).

While the tale of the banned Wonder Woman lunchbox struck a chord with readers, much of it rested on a single-source, uncorroborated claim. Not only was the offending school not named, neither was the city or state in which the letter was purportedly sent and received. The age of the child (and her attachment to Wonder Woman specifically) was not provided; and the photographs could have been taken by any party seeking to tell a humorous story on Reddit to rack up karma (the site's point-based system of credibility and favor).

Atypically for a virally popular story such as this one, no one involved has stepped forward (even anonymously) to provide more detail. Commonly in instances when a story such as this one this spreads from blog to blog, the individuals behind the story (who, in this instance, would have little to lose) supply additional background about it. In this instance, the original user apparently deleted the post rather than court the attention that follows moderate blogosphere fame.

Oddly, the letter itself was addressed not to Mr./Mrs./Ms. Lastname, but to "Daniel and Sarah." Not only does the use of first names not match general conventions for school-to-parent correspondence, but exceptionally-common first names provide more of a barrier to fact-checking than the use of a surname. (All the images appeared to have been photographed by the original poster, who did not explain how they came to be in possession of both the letter and a friend's child's beloved Wonder Woman lunch box.)

Moreover, the Wonder Woman lunch box shown in the photograph is made of metal (a style of school lunch tote that has fallen out of favor). Unsubstantiated rumors hold that a metal lunch box ban has been in effect in schools since at least the 2000s; and while that may or may not be true in individual school districts, a browse of current lunch box offerings suggests that even plastic, hard-sided boxes have ceded market share to soft, zippered totes. By contrast, metal lunch boxes are primarily sold as collectibles or novelties in most retail markets.

So far, therefore, the buzz about a banned Wonder Woman lunch box (which plays into the belief schools have become an unreasonable bastion of excessive sensitivity) is an unsubstantiated tale of dubious likelihood. Rumors of superhero bans in schools have intermittently circulated, but reports of such rules (proven or otherwise) are so noteworthy they tend to make "odd news" sections across the web. Unless this little girl (and her weird metal lunch box) was the only superhero fan at the school whose parents received such a letter, it may be just as likely that the tale was concocted for fun by a Reddit user.