Does This Video Capture a Weather Reporter Slapped in the Face by a Large Fish?

A viral video showed a "weather reporter" getting smacked in the face by a flying fish during a broadcast, but the footage appeared to be faked. 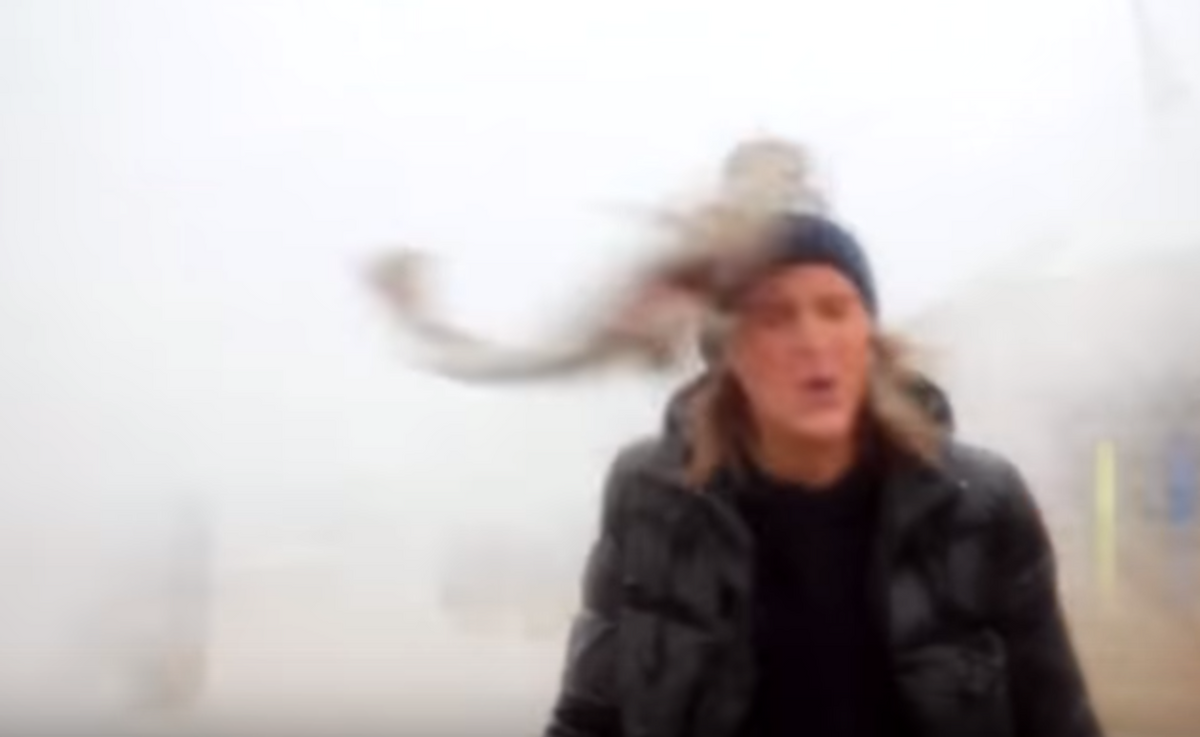 Claim:
A video shows a "weather reporter" getting smacked in the face by a flying fish during a television segment.
Rating:

In January 2016, a wildly popular six-second video that shows a "weather reporter" knocked aside by a fish became enormously popular not long after it was uploaded, garnering millions of views and shares. The video's caption read, "When you're trying to vlog and get hit by a fish":

The woman in the video was Aimee Bannister, who isn't actually a weather reporter: She's part of the Welsh travel and adventure vlogging duo that goes by "Craig & Aimee," with a site called "Kinging-It."

It's not clear whether people shared the video because they believed it was real, or simply because they thought watching someone get hit in the face with a fish is very funny. The incident was given further attention when it was reported with pun-filled gusto by British news media. However, this elegant bit of slapstick was not real.

First of all, the circulated version of the video was only six seconds long, and Bannister has yet to release it in its entirety or comment on the matter in detail (other than to say that she's fine).  Second, the pictured fish was clearly already dead rather than alive and wriggling and appeared to have been gutted: Third, the wave came down at Aimee from behind her, while the fish seemingly flew out of nowhere (looking as though someone had tossed it at her head) from a position in front of her.  So while a woman in Wales really did get hit in the face with a fish, it doesn't appear that the incident was anything but staged.  One might call it a bit fishy.