Did a Woman Say a Theme Park 'Fat-Shamed' Her Because She Couldn't Fit on a Ride?

An advocate for body acceptance wrote an opinion piece detailing her experience at a Harry Potter ride, but she did not say she was "fat-shamed." 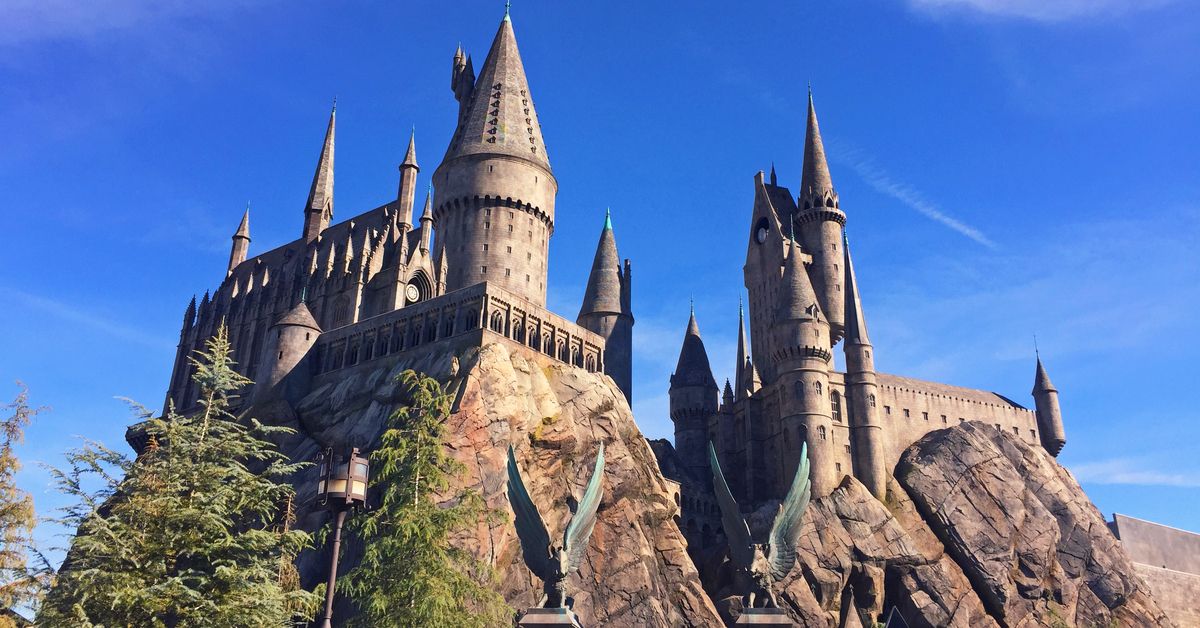 Claim:
A woman claimed she was "fat shamed" by a Harry Potter-themed ride after getting kicked off.
Rating:

Comedian Jana Schmieding recounted her experience getting kicked off a Harry Potter-themed ride due to her size at Universal Studios Hollywood.

Schmieding did not claim the ride "fat shamed" her; she argued amusement parks should build attractions that accommodate a variety of body types.

On 9 May 2018, the right-leaning blog DailyWire.com reported that a woman claimed she was "fat shamed" by a theme park ride in California:

A plus-sized woman claims she visited the "Wizarding World of Harry Potter" and was denied entry onto the Hogwarts ride because her size did not meet safety standards.

In a piece for the Huffington Post, Jana Schmiedling of the “Woman of Size” podcast says that she mostly enjoyed her experience at the theme park until a dark cloud descended upon her day when she attempted to participate in the "Harry Potter and the Forbidden Journey" ride.

The story is based on a 9 May 2018 opinion piece written by Schmiedling about her experience while visiting the Wizarding World of Harry Potter at Universal Studios Hollywood, a movie-themed amusement park in Los Angeles. She recounts getting kicked off the "Harry Potter and the Forbidden Journey" ride due to her size after making it as far as sitting down and lowering the shoulder harness:

One of the 20-something ride managers walked over and asked us all to step off because of a “safety” issue. We were ushered through a door to what looked like a backstage area where another 20-something employee rattled off a spiel about “safety” and “three clicks” and having to “try out a safety seat.” That’s when we all knew that I hadn’t actually made it onto the Hogwarts ride.

Despite clickbait headlines reporting otherwise, nowhere in her piece did Schmiedling accuse the ride (an inanimate object) of "fat-shaming" her. Schmiedling was simply recounting her experience with a known issue at amusement parks, in which plus-sized guests will sometimes wait in line and finally get their chance to board a ride, only to be told by park employees that they do not meet size restrictions. The predicament is usually compounded by the mortification resulting from having it happen in full view of other park guests.

Schmiedling argues that the experience is emblematic of the ways in which some are bullied or excluded because they don't conform to socially-dictated weight norms and that theme parks, places where people spend a great deal of money to escape their day-to-day struggles and conflicts, should build attractions that accommodate guests of all sizes and body types — a seemingly innocuous, if not benevolent, suggestion. She writes:

Because Harry Potter is fantastical ― beyond reality ― the park experience should also transcend the fat-shaming that we encounter every time we leave our homes. The Wizarding World of Harry Potter needs to open its doors to all kinds of people with all kinds of bodies who experience life in all kinds of ways and who would be so delighted to be invited into its magical realm. Right now, it’s just a little too realistic.

However the piece was, perhaps predictably, picked up by right-leaning blogs throwing red meat to fans hungry for manufactured outrage about outspoken women or overly-sensitive "social justice warriors." Aside from DailyWire.com, the article was aggregated by DailyCaller.com, Breitbart.com and the conspiratorial site WND.com, which published headlines like, "Woman Says Harry Potter Ride 'Fat Shamed' Her."

As is often the case when the Internet outrage machine churns into motion, Schmiedling said she is getting aggressively harassed in response to her piece, telling us:

Yes I've definitely been trolled about the article and it only informs me that we have a long way to go in our conversation around body justice.

Schmiedling's experience with that particular attraction isn't unique — there have been multiple reports that the Forbidden Journey ride has more restrictive limitations on the size of guests than others. As the theme park-oriented Attractions Magazine reported, it may be in part because, unlike roller coasters, the ride doesn't go fast enough for the force of motion to help secure people in seats:

Forbidden Journey isn’t a roller coaster, it’s a new type of ride in which the seats are on the end of a robotic arm, which moves along a track. [...] Are the seats more snug to better hold the guests in, or is it used as a built-in weight limit? The ride doesn’t have any inversions like the roller coasters mentioned do, but it also doesn’t have the forward momentum to hold guests in their seats either. Maybe since the ride is still in technical rehearsals, the seats will be adjusted to allow larger guests, but there’s no indication that is the case.

If you’re worried you may not fit in the seats, there are special test seats outside Hogwarts and just before you get on the ride. The seats must click three times or you can’t ride. Banks was able to get two clicks with the help of a strong “wizard” working the attraction.

Nevertheless, Schmiedling, a comedian who hosts a podcast called "Woman of Size," wrote that were it not for a warning from a friend about the ride's weight restrictiveness and the fact she spends a lot of time discussing societally-prescribed weight norms and their effect on people who don't conform to them, the experience may have been far more painful:

As disappointed as I was, the experience didn’t entirely ruin my day. But I wonder how I would have reacted had I not already built up a small community of women in comedy dealing with similar body discrimination. Ruha did me a great service by warning me, but if I hadn’t been producing my podcast and discussing these issues weekly and meeting like-minded people, rejection from the Hogwarts ride because of my size would still have been a humiliating shock.

Schmieding, Jana. "I Was Kicked Off the Harry Potter Ride for Being Too Fat for the Seats."   Huffington Post. 9 May 2018.

Attractions Magazine. "Are You Too Big to Ride Harry Potter and the Forbidden Journey?"   4 June 2010.