Was a Woman Prosecuted for Laughing During Jeff Sessions' Confirmation Hearing?

Desiree Fairooz, a member of the protest group Code Pink, was charged with disorderly conduct after laughing during the introduction of Attorney General nominee Jeff Sessions. 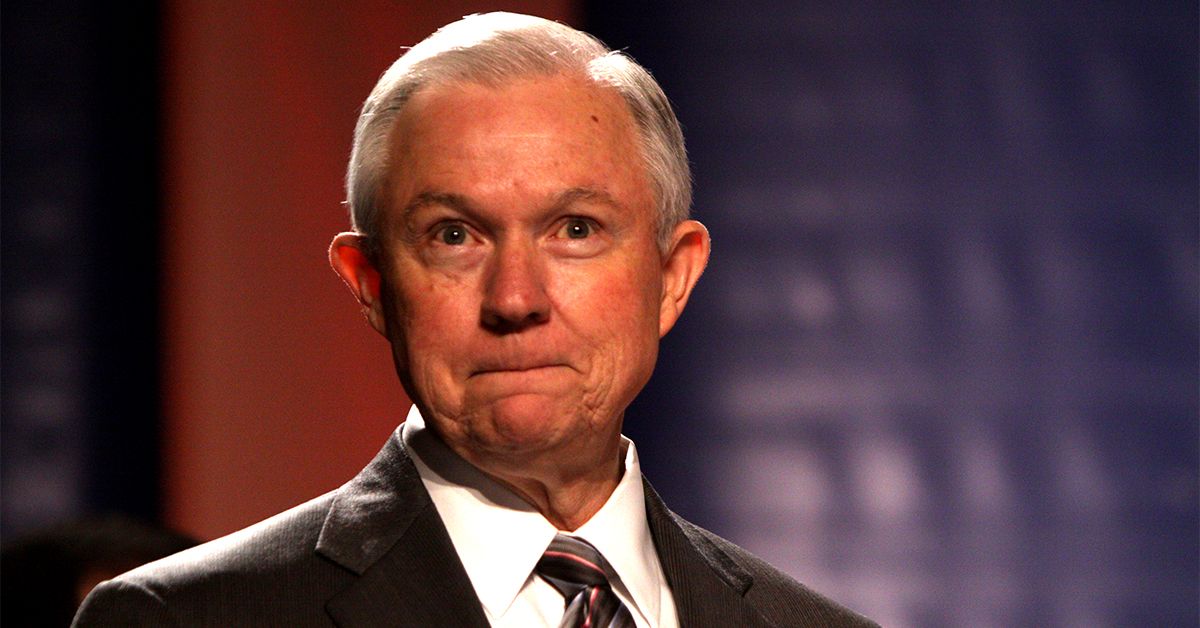 On 6 November 2017, the U.S. Department of Justice (DOJ) announced it was dropping its case against Desiree Fairooz, 61, a Code Pink activist arrested in January for laughing out loud during the Senate confirmation hearing of Attorney General nominee Jeff Sessions.

The Bluemont, Virginia resident was convicted in May on misdemeanor charges of disorderly conduct and parading or demonstrating on capitol grounds stemming from the incident, but the verdict was overturned by a Superior Court judge on the grounds that laughter alone wasn't sufficient cause for conviction. She was to have been re-tried on 13 November.

The January 2017 arrest wasn't the first for the longtime Code Pink member, who was jailed for disorderly conduct and assaulting a police officer in October 2007 after covering her hands with fake blood and disrupting a Congressional hearing attended by then-U.S. Secretary of State Condoleezza Rice, among other incidents.

The more recent outburst came in response to Sen. Richard Shelby's (R-Ala.) introductory remarks praising Jeff Sessions's "extensive record of treating all Americans equally under the law." Her laughter can be heard at around the :45 mark of the CSPAN clip below; Fairooz can be seen being ushered out of the room by Capitol Police near the end:

SHELBY: "During the past twenty years that I have served with Jeff in the Senate, I have had the opportunity to know him well – not just as a skilled attorney with an accomplished record as a prosecutor and legislator, but as a man of extraordinary character. I have the highest regard not only for his intellect, but for his integrity. Unfortunately, since the announcement of his nomination, Jeff’s political opponents have attacked his character with baseless and tired allegations. But, in reality, Jeff’s extensive record of treating all Americans equally under the law is clear and well-documented. [OFF-CAMERA LAUGHTER] Throughout his decades of public service, including his impressive tenure on this committee, Jeff’s commitment to upholding the rule of law is unparalleled. The integrity, humility, and gravity with which Jeff will approach the office of Attorney General is unquestionable. I have no doubt that he will apply the law with the impartiality required of the job."

I felt it was my responsibility as a citizen to dissent at the confirmation hearing of Senator Jeff Sessions, a man who professes anti-immigrant, anti-LGBT policies, who has voted against several civil rights measures and who jokes about the white supremacist terrorist group the Ku Klux Klan.

The Washington Post noted that Sessions is not only a hard-liner on illegal immigration, but has even argued that the pace of legal immigration ought to be slowed; LGBTQ activist groups pointed out that as a senator, Sessions consistently voted against legislation to protect or even recognize civil rights for gay people; he voted against key civil rights laws according to the NAACP; and he has, in fact, publicly joked about the KKK.

Lopez, German.   "The US Department of Justice is Literally Prosecuting a Woman for Laughing at Jeff Sessions."    Vox.   2 May 2017.

Updated [8 November 2017]: Added report of DOJ announcement that it was dropping its case against Fairooz.